What if this whole Internet video discovery problem that media geeks like to fret about were actually solved inside the TV set?

Earlier this year, Boston’s Visible Measures launched an app that shipped with 2013 Samsung smart TVs and told no one about it. The app, called VTV (seen above), appears as one of the tiles in Samsung’s OnTV homescreen, which presents an array of channel and show options (see below).

At first, Visible Measures, which specializes in video analytics and predicting what it takes to make a video go viral, considered VTV an experiment. With no sign-in required, the app, which looks as if it were native to the Samsung TV experience, delivers a playlist of Internet video content based on what has proven most popular to other consumers. There are no ads, but some of the content is paid for by Visible Measures’ publishing partners, who use the service as a way to get attention for their videos. Yes, that’s content marketing. The curation, meanwhile, is a mix of algorithms based on the company’s analytics and hand-picked selection by an editorial team.

Visible Measures CEO Brian Shin says the app has been successful enough that the company is planning to roll it out across more platforms, including the Web and mobile. From May to October, video views in the VTV app have grown 280 percent, the company says.

VTV serves up film trailers, video clips, and other high-definition premium content from various publishing partners, which include Conde Nast, Forbes, and The Business Journals, in a full-screen experience. Shin says it doesn’t compete with YouTube, because that is more focused on search, while VTV is focused on discovery. Its chief attraction is that it consolidates video from various sources across the Web into one experience. 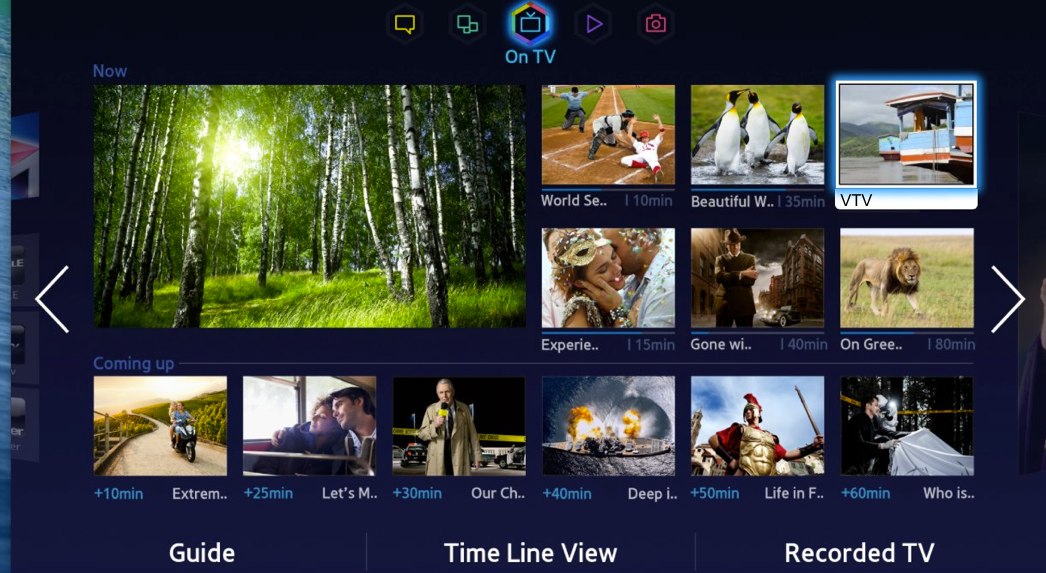 Visible Measures might be enthused about VTV’s prospects, but it is playing in a field where many others have failed. “Video discovery” has proven a very difficult problem to solve. YouTube has a clear advantage in reach and distribution over any other Internet video provider, and for now consumers seem content with the way those videos are discovered: through YouTube playlists, its homepage, and via various social channels, such as Facebook, Twitter, and Reddit.

Meanwhile, hopeful video curation startups such as Chill, ShowYou, Telly, Waywire, and Rockpack, meanwhile, have so far failed to capture the public’s imagination, despite YouTube’s apparent shortcomings when it comes to moving beyond search to a “leanback” experience in which content travels to viewers, rather than the other way around.

Visible Measures gets around the ad problem by not carrying any display ads. Instead, it makes its money by helping content creators find more viewers for their video. One of its lead products is Contagion, a predictive modeling tool that lets publishers see, with a claimed 90 percent accuracy, how much money they need to spend and legwork they need to do in order to reach a certain number of viewers. Contagion’s algorithms process certain attributes such as genre, industry, brand, and dates, and compare them to past video campaigns in order to get an idea of how well a particular piece of content will do among the public. It’s the sort of nerdy, math-heavy advertising product that the B2B-engineering brains in Boston are becoming adept at spinning out.

The company also says more social integration is on the way, although it is vague on the details. As for search? That might also be a work in progress. The Samsung VTV experience is very much a lean-back one, to the point where the app even has a button on a remote control. Viewers simply scroll through the videos put in front of them. That level of integration with the world’s largest TV manufacturer, however, is likely to be the envy of all other Internet video distributors.

Visible Measures, which was founded in 2005, has until recently maintained a relatively low profile, despite raising more than $60 million in venture funding and being considered one of a handful of Boston tech companies that could go on to really big things, like an IPO. In the last three years, its revenue has grown by 2,500 percent, according to CEO Shin. He says the company is now looking at an annual revenue run rate north of $50 million.