Twitter isn't profitable. And neither are these other huge public companies

In the weeks leading up to Twitter's IPO, the biggest critique leveled at the company is its lack of profits. It's not exactly a frivolous complaint. And today that grievance was aired even louder after news broke that Twitter was likely to price its IPO between $25 and $28 a share, leading to a market value of up to $16 billion.

Crazy, right? How can a company be valued so high when it isn't even, you know, turning a profit?

Well, that all depends on how much you expect Twitter to grow in the coming years. Plenty of observers, like Business Insider's Henry Blodget, think judging a company on current profitability alone is shortsighted, and that Twitter's projected future growth makes it a bargain at $28 a share. Blodget compares Twitter to LinkedIn, another social network operating at a loss at the time of going public that's been consistently profitable now for the past 10 quarters.

If nothing else, Twitter's lack of profitability hardly makes it unique among giant tech companies. In the graphic below, NYU's Simran Khosla charts the net income of 12 big public companies over the past ten quarters. Some, like Apple, never posted a loss during this period. Others, like Pandora, have almost never been profitable during this time. That means that if Twitter does begin to turn a profit by 2015, as analyst reports compiled by Bloomberg predict, it will still be ahead of plenty of other hyped public companies: 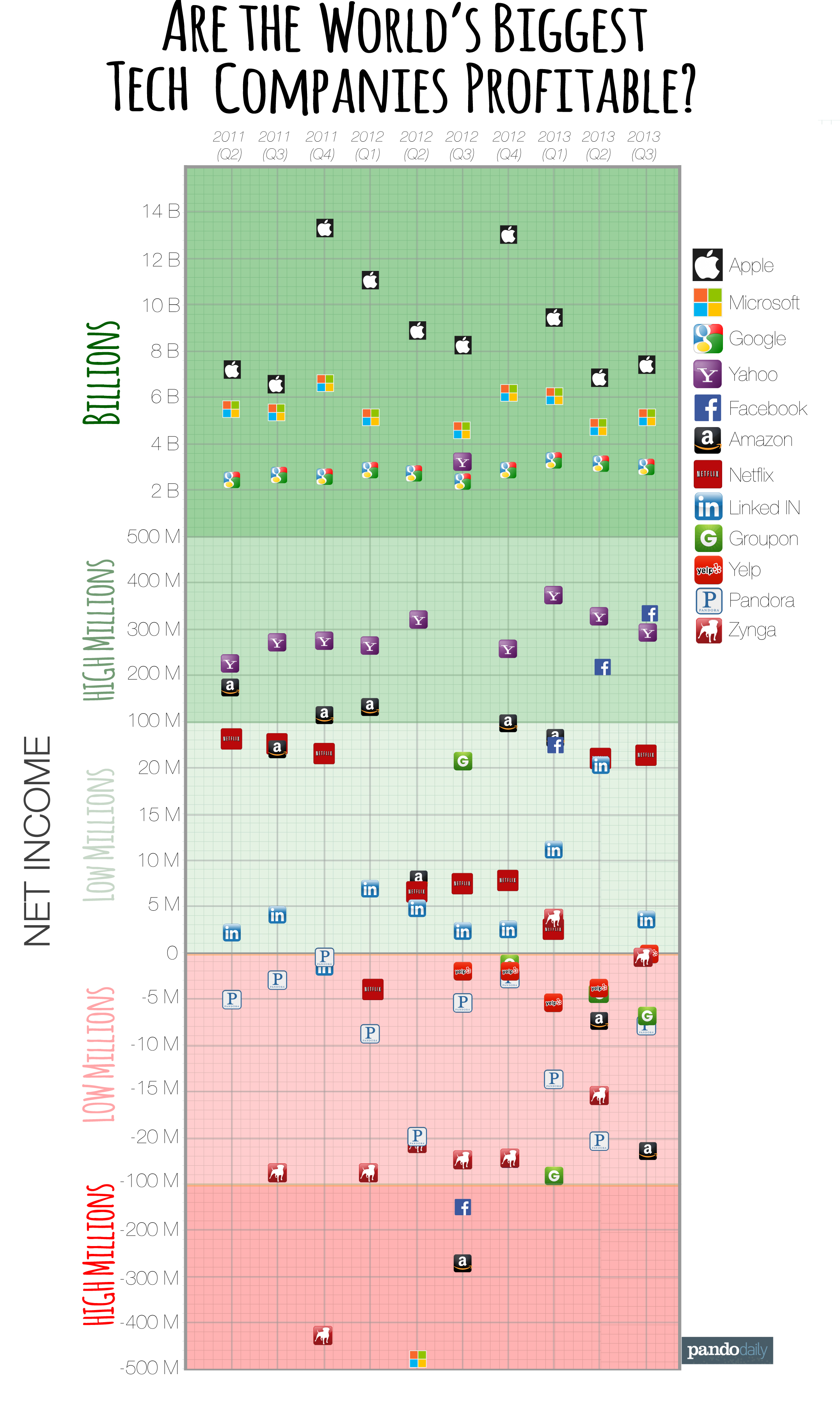