It's been almost a year since the New York Times wondered if we were starting to suffer from mobile app burnout. The idea was that the sheer number of applications available might have exhausted consumers, similar to the way that someone might eventually grow tired of a never-ending buffet of cake and ice cream. If that was the case before-- it wasn't, but I'll get to that in a bit -- then it must surely be the case now, when even more apps are available, right?

A new report from Flurry, a mobile analytics company, says otherwise. People are using applications more than they were before, and the number of app developers that reach at least 20 million monthly active users has grown by 357 percent in 18 months, according to the report. Here's the increase in app launches -- and thus app usage -- as illustrated by Flurry: 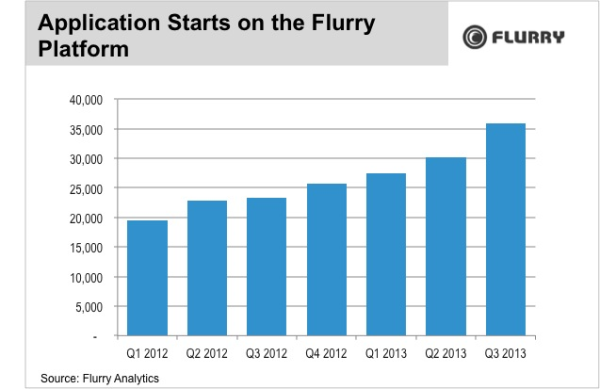 By itself, that's hardly proof that the app burnout theory is incorrect. People could simply be launching a few incredibly popular applications more than they were before, effectively boosting the numbers without signifying an overall increase in the number of applications they're using. But then there's this graph, which Flurry created for an earlier report meant to show just how important apps have become, illustrating the increase in the number of apps we're launching each day: 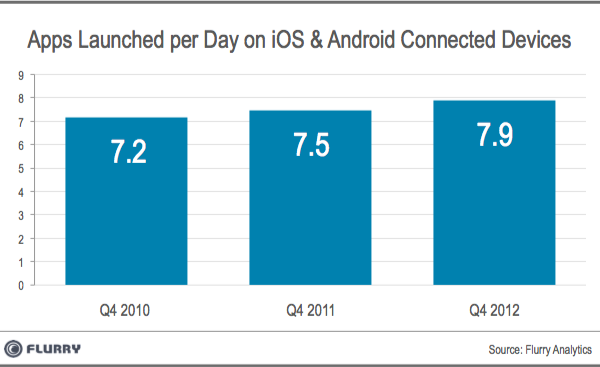 Then there's the increase in app developers whose products are used 20 million people each month, shown below: 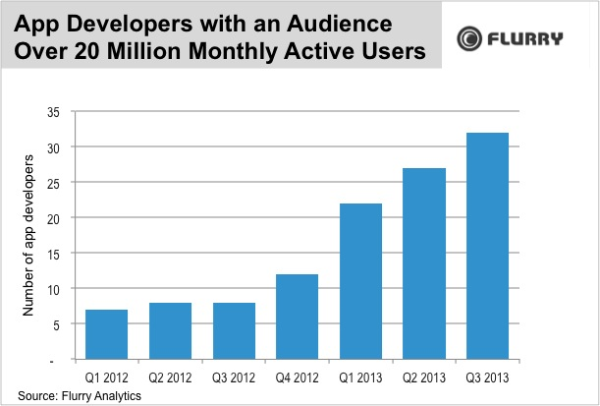 The numbers don't lie: People are using more applications made by a wider variety of developers despite the constantly-expanding app stores and the supposed potential for boredom that being able to download too many apps might bring. The New York Times' question has, once again, been answered in the negative.

But, then, I'd argue against the idea that it's possible to have too many apps available to curious consumers either way. There might be too many apps that appeal to a certain niche -- dating apps, anyone? -- but the great thing about being able to reach so many people is that there are many, many more niches than one might imagine. Does that mean that every app is a guaranteed success? No. And, as I wrote shortly after the New York Times article was first published, that's okay:

Some apps are going to be downloaded and then deleted after the first launch. Others might go unused for days, weeks, or months at a time. But I’d count the fact that people are even able to download, use, and neglect those apps in the first place as a “win,” even if a few of us take it too far and get tired of the whole thing.

Even if you disagree with that sentiment, it's hard to refute Flurry's quantified approach to answering the app burnout question. No matter which way you slice it, this is one buffet that no one seems to be growing tired of.

[Illustration by Hallie Bateman for PandoDaily. Graphs by Flurry Analytics.]