The woman, who is in her late 20s and asked to be identified by only her first name, Nicole, discovered last night that two men she had rented our her place to via Airbnb turned out to be not as trustworthy as their 17 positive reviews suggested. (Nicole turned over documents to PandoDaily to back up her claims. We can confirm their legitimacy.)

The two middle-aged men, who Nicole asked PandoDaily not to name for fear of retribution, had previously rented Nicole’s place while she was out of town with no incident. Satisfied with their first stint in the one-bedroom apartment, they rented the place again for an intended eight-day stay this week. But when Nicole met them at the apartment on Sunday night, something seemed a little off.

The men didn’t have any luggage with them, she noted. When she asked where it was, they said it was in their car and they would get it soon. The two men looked “hippy-ish,” Nicole said, but that wasn’t what made their appearance disconcerting.

“The thing that really made them look creepy was that they were wearing fanny packs,” she said.

She returned to her car, where her boyfriend was waiting. He also sensed something was up. “They’re drug dealers,” he said, noting the absence of their luggage. “They’re wearing fanny packs. They’re definitely drug dealers.”

When they returned to his apartment, he did a Google search for the cellphone number used by one of the men to book the house. The results turned up a website that sent Nicole’s boyfriend into paroxysms of laughter.

The dates on the site’s calendar said the men would be in Washington DC to offer their services on the exact dates for which they had booked Nicole’s apartment.

In order to provide more proof in case of an eventual confrontation, Nicole had one of her friends send a text message to the men, ostensibly soliciting a “4 hands” massage at the place. When the friend did not immediately hear back from the men, Nicole decided to call them herself.

“I just want you to know that I’m cool with your massage business,” she said, “but I can’t have you bring any clients over to my apartment.” They assured her they would not.

However, five minutes later, they responded to her friend’s text message, telling him he could come over on Wednesday.

Nicole could not abide the lie. She called Airbnb’s customer service and asked to have the men evicted. The Airbnb representative canceled the reservation immediately and called the men to tell them they had to be gone by the morning. Airbnb has apologized twice, paid Nicole in full for the eight-day reservation, and promised to pay for a cleaning service.

Nicole said she was impressed by Airbnb’s response and follow-up, but she was left “very disturbed” by the incident.

“I really don’t think I’m going to use Airbnb ever again,” she said. “Most people are normal, but it seems really easy for something like this to happen.”

She noted that the men had great reviews on Airbnb. “The place was kept clean and taken care of,” read one such review. “No loud noises or disruption.” One outlier review, however, hinted at something less agreeable. It had just one line: “It was very difficult to clean up the oil marks.”

“I feel completely violated, and I don’t want to sleep in my own bed,” said Nicole in her own review of the experience to PandoDaily. “I don’t know what happened there. And burning the sheets isn’t going to cut it.”

The Fanny Pack Incident comes at a tender time for Airbnb, which is embroiled in a legal battle with New York State’s attorney general over its supposed evasion of millions of dollars in hotel tax dollars and what the attorney general’s office calls “illegal hotels.” This particular abuse of Airbnb's system is likely to raise suspicions that the casual rentals marketplace is insufficiently regulated.

Airbnb has experienced similar troubles in the past. In August 2012, police busted two prostitutes who had been using an Airbnb apartment in Stockholm, Sweden, as a brothel. The company faced its first PR crisis in July 2011, after Airbnb renters trashed a woman’s home.

However, it is also likely that such incidents are rare. About 10 million guests have used Airbnb since it was founded in 2008. The service operates in 35,000 cities. It is true, also, that such imaginative use of accommodation is not confined to Airbnb rentals. For instance, clients of the “DC Madam,” who operated a famously high-profile escort agency in the nation’s capital, most regularly used hotels in the Marriott chain, according to a round-up of the top 10 most “ho-friendly” DC hotels rounded up by the Consumerist.

In an emailed statement sent in response to questions from PandoDaily, Airbnb, which confirmed Nicole's story, said it was “extremely dismayed” about the Fanny Pack Incident. “Incidents like this are incredibly rare and, consistent with our zero tolerance policy, we immediately removed the guests from the Airbnb platform,” the statement said.

Airbnb stressed that hosts never have to accept a guest into their homes and are always given full-name and other key information before a reservation begins in case they choose to do additional research. In addition, hosts can look for guests with verified profile information and connect their Facebook account to see if their guests have any connections through friends. The company also has a Trust and Safety team of more than 80 agents who work around the cloud to review suspicious activity.

“Like other leaders in global hospitality, we are constantly evaluating new security measures and have begun work on new tools to give our users even more ways to build trust,” Airbnb said.

Nicole returned to her apartment this morning to find it empty and clean. The men left behind only one token of their visit. It was a red, foam clown nose with dark hairs stuck all over it. Its history remains untold. 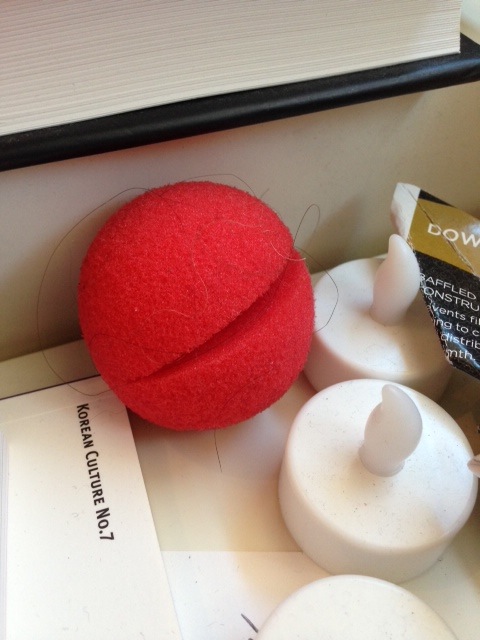