Costly, confusing, connected: How average consumers feel about the Internet of Things

This has been the year of connected devices. Countless companies have announced or released products meant to make everything from toilet paper rolls to refrigerators part of the so-called Internet of Things. But what do consumers -- the ones who don't yet froth at the mouth every time Nest announces a new product -- think about the rise of connected devices?

Zonoff has attempted to answer that question by asking consumers of varying ages and income levels how they view connected devices. I've collected some of the most interesting results from the study below.

Consumers want connected devices because they might help them save money on energy costs: 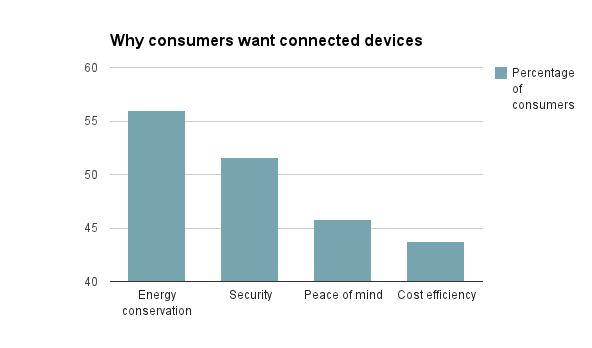 That's unsurprising, given the use-cases described by many connected device-makers. Nest promises to use its smart thermostat to help people take more control of their heating bills; SmartThings and other tools promote their ability to switch lights on or off during certain times of the day or as people move about their homes; and many of these services offer analytics tools that help people better understand their habits.

They're willing to purchase them from almost anybody, but they prefer big box retailers over startups: 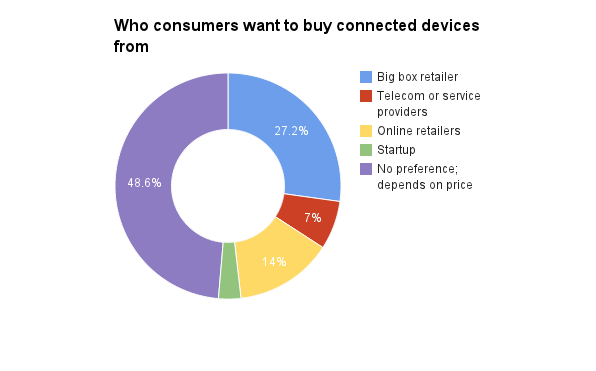 It's probably a good thing that many of these companies are trying to work their way into Apple's retail stores, big box retailers like Staples, and online marketplaces like Amazon, then.

They don't want to spend too much on the products: 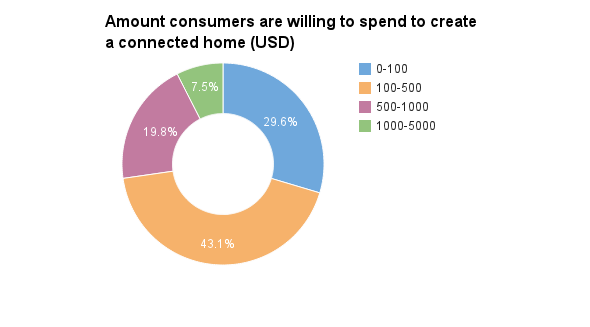 They'd prefer installing the devices by themselves over paying someone else to do it: 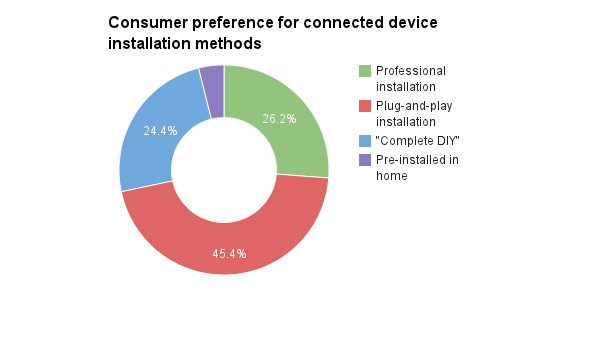 And the biggest barrier-to-entry is the perception that connected devices are confusing luxury items: 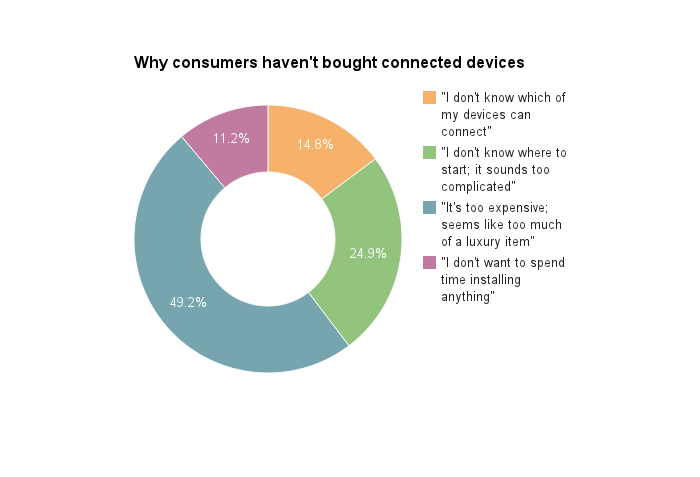 I argued in May that the way to overcome that barrier is by emulating Warby Parker, the retailer that sells cheap-but-fashionable eyeglasses to hipsters. But as more companies introduce affordable connected devices that focus on doing one thing well -- as Nest has with its original thermostat and its smart smoke alarm, the Nest Protect -- that barrier can be overcome without retailers having to worry about systems like the one I described.