The holiday shopping extravaganza is finally over. There are no more marketing ploys meant to convince shoppers that they need to visit any big box retailers, small businesses, or online marketplaces. There are no more discounts to discover or sales to be savored. There are only a few pounds of leftover turkey in the fridge, a mound of presents hidden in the closet, and a rush to quantify just how much we spent during the holiday weekend.

In the days leading up to the holiday shopping spree, the Interactive Advertising Bureau reported that many consumers planned to use their smartphones primarily as shopping assistants, through which they could check a store's stock or compare prices. That matched previous reports about the way shoppers use smartphones, and corresponded with a Signifyd study that showed a clear discrepancy between the number of people who browse with their smartphones and the number of people who actually purchase something on the device.

Signifyd has now examined Black Friday smartphone usage to determine whether or not shoppers actually changed their behavior during the most frantic pseudo-holiday of the year. Its findings show a few things, namely. people did use their smartphones more than before; they made more expensive purchases than usual; and they made more fraudulent charges. Some key findings are broken out in the graphs below.

Consumers spent more than they usually do... 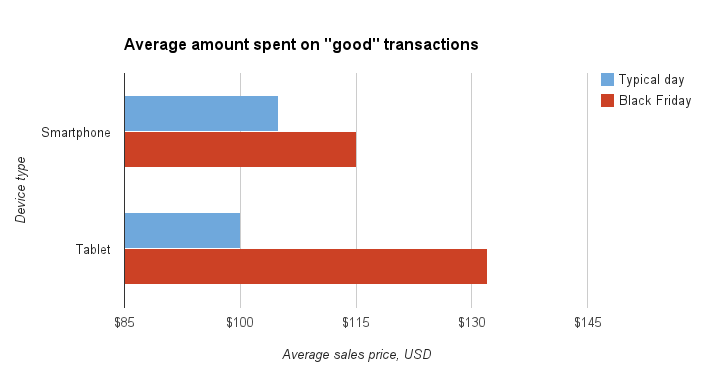 Especially if they were making fraudulent charges 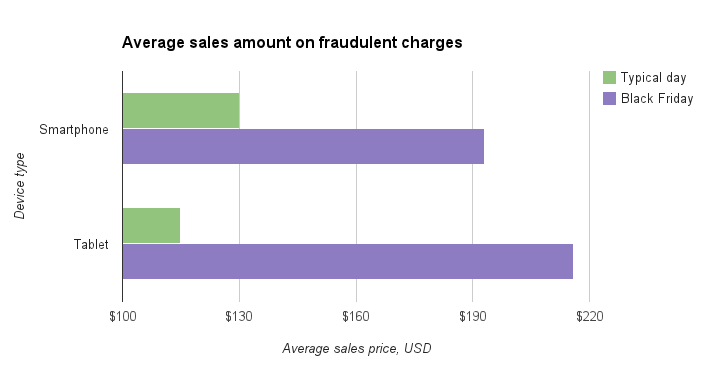 The actual increase in fraudulent charges was modest: just 1.2 percent of smartphone-generated transactions across the company's network were deemed fraudulent. According to the study, the real problem is that fraudsters were "spending" some 40 percent more than they normally do -- and businesses are too busy relaxing their standards to better profit off the holiday shopping rush to do much about it.

The study suggests that the increase in fraudulent charges is the result of relaxed scanning during the holidays as retailers try to profit from the shopping rush as much as possible. It also identifies same-day shipping as a problem; essentially, Signifyd is arguing that fraudsters are making bigger "purchases" because they believe that retailers are too busy catering to everyone else to stop them.

Consumers really did use their smartphones more. Here's the typical day: 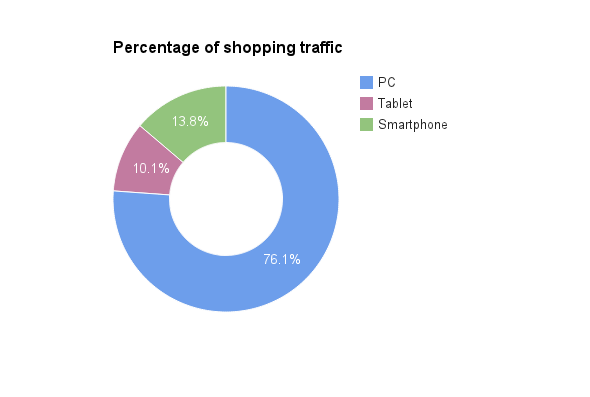 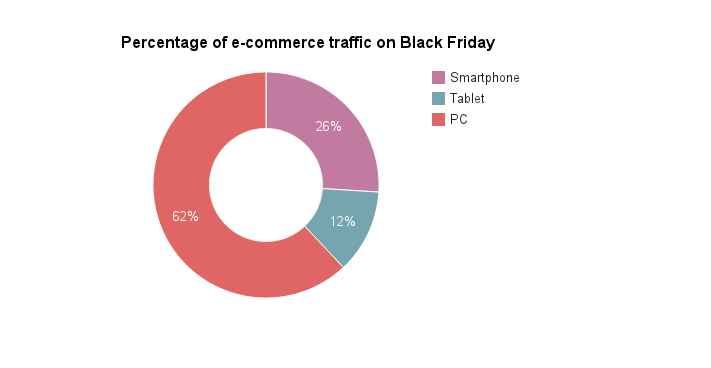