How is Google still the luddite's address bar?

You'd think that most Internet users would understand how the address bar, the magical text field that allows us to access everything the Web has to offer, works. But according to a new report detailing the top Google searches from around the world, it seems that many people would rather search for a website than enter its URL into that wondrous box.

Here's the list of top search queries, as reported by Ofcom: 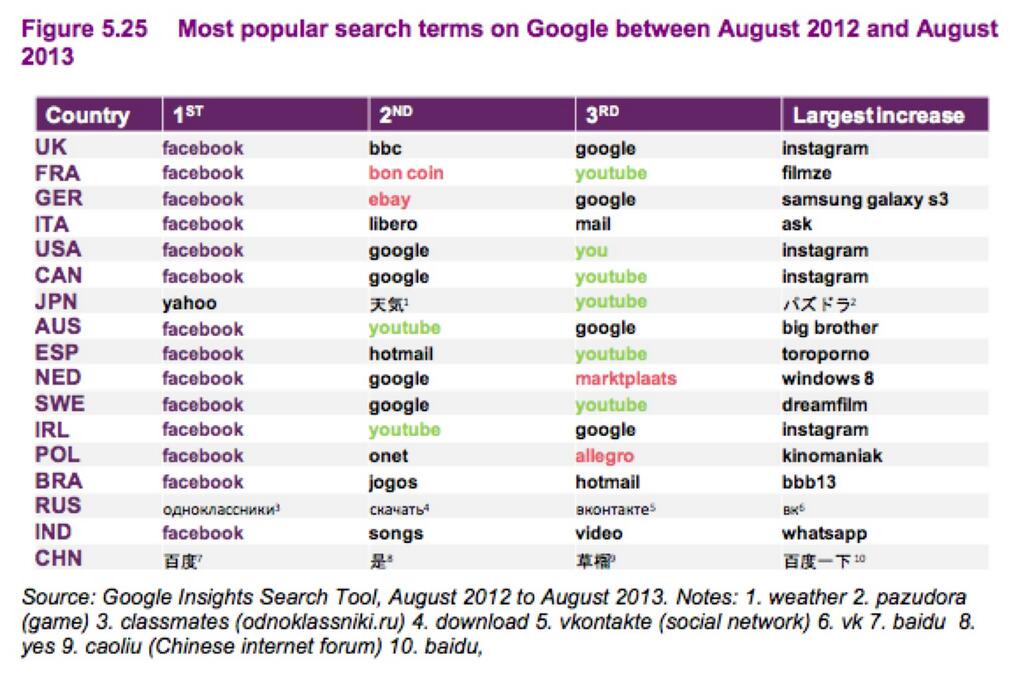 Each of those websites has more than 1 billion users. This means that of all the things for which people could be searching, some of the world's most popular websites are at the top of the list. It's doubtful that this is because so many people are signing up for these services -- instead, it seems likely that this is caused by people who are using Google as their primary method of accessing the Internet, address bar be damned.

This is hardly a new phenomenon. In 2008, ReadWrite reported that dating site visitors entered the site's URL into Google's search bar instead of into the address bar. Then in 2010 TechCrunch reported that many people had ditched URLs in favor of simply entering the company's name into Google's all-knowing search box.

Google is probably more than happy with this continued trend. The company has long tried to convince its users that there's little difference between its services and the Internet as a whole. That's why it allows users in developing countries to access websites found through its search service for free; why it's planning to introduce Internet-providing blimps to those same markets; and why its products are available on almost any technology platform known to man.

Yet one must wonder when some of these Internet users will begin accessing these websites by entering their URLs into the address bar. It's not all that complicated, it allows them to reach their destinations without ad-laden delays, and it shows a basic understanding of technology that will only become increasingly important as time goes on. Google's search tool is an integral aspect of the consumer Web, but that shouldn't mean that its users are incapable of finding the websites they wish to visit without it.