Report: Chinese developers massively outspend the US on mobile ads as they target emerging markets

Chinese app developers are outspending US developers on mobile ads, and they appear to be aggressively targeting developing markets in Asia and the Middle East, according to a new report from AppFlood, a mobile ad network owned by China-based PapayaMobile.

Over the six months between March and September 2013, Chinese developers increased their in-app mobile advertising on Android by 151 percent, ultimately surpassing the US, according to an analysis of AppFlood's traffic. China accounted for 38 percent of all Android traffic purchased in Q3, compared to 22 percent for the US. 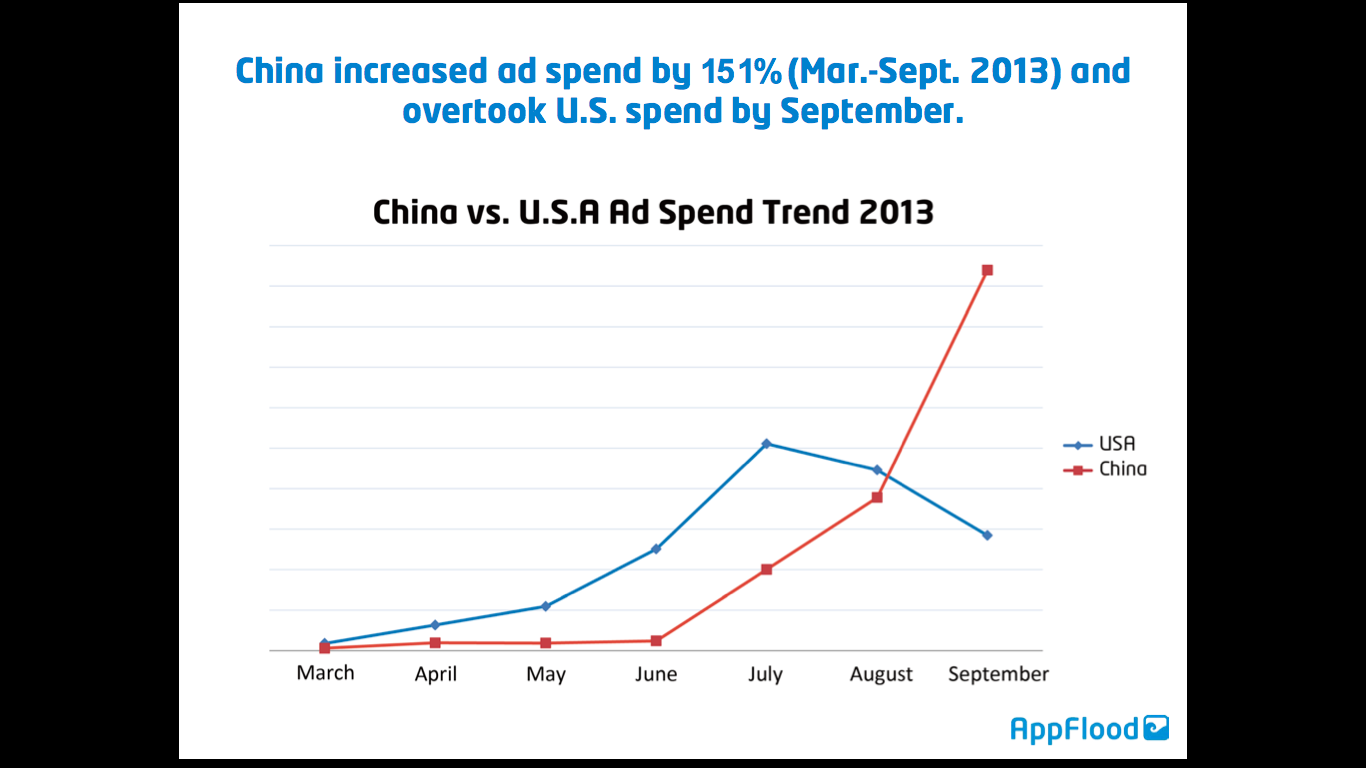 A close look at the numbers reveals that Chinese developers are out-flanking the US when it comes to mobile ad spend in emerging markets such as India (7.2 percent of China's mobile ad spend), Saudi Arabia (6.5 percent), Indonesia (4.9 percent), and Russia (4.3 percent). However, Chinese developers also spent a fair whack of their ad dollars – 7.5 percent – in the US. 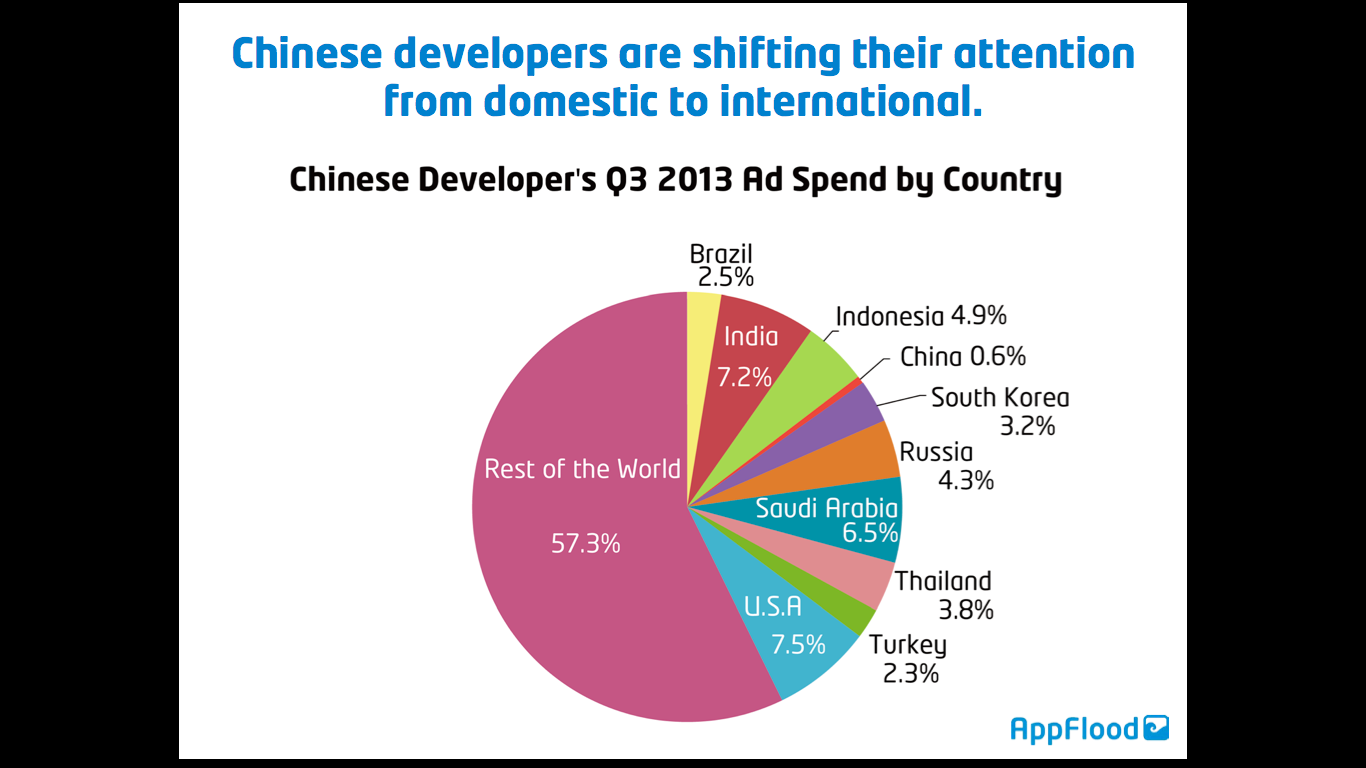 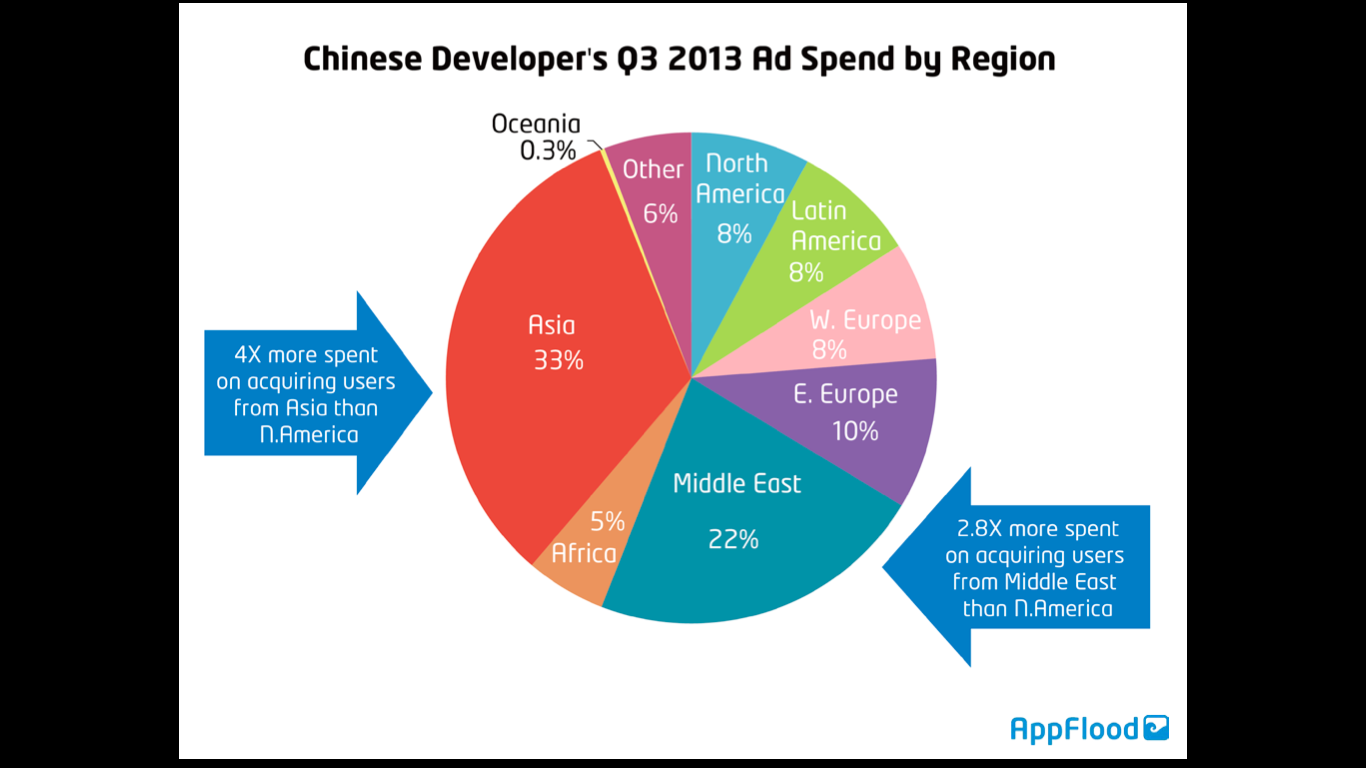 The trends are in keeping with China's preference to target high-growth developing markets for international expansion. The logic goes that such countries share similar infrastructure challenges and economic traits as seen in China. The US, meanwhile, is seen as a tougher market to crack, given the advanced state of mobile development in the country. Popular domestic apps such as WeChat, Qihoo 360 mobile security, and Go Launcher are leading the charge for China outside the country's borders.

Another factor in the lopsided figures, the report's authors suggest, is that the Chinese use Southeast Asia and the Middle East as test markets for their apps before launching them in the rest of the world, in the same way that US developers tends to use Canada and New Zealand for pre-launch testing. As a result of this flurry of activity, mobile ad rates in those markets are soaring.