Desktop problems no more: Couple heads to the Web

Couple yesterday announced that it has released a companion website for its popular mobile app, which allows lovers to communicate with each other in a private, couple-specific service. The announcement comes just a few months after I wrote about my frustration with chat services -- including Couple -- that focus exclusively on smartphones.

"We've been working on the website for the last month," says Couple CEO Oleg Kostour. "It was definitely one of the most requested features -- and it is a feature, in a way -- of ours."

The website allows users to message, share their location, and send stickers to each other. It also collects images and illustrations shared through the service in a new Moments section, which provides a Facebook-like collection meant to remind couples of their glory days. Users can also change the website's opacity, ostensibly allowing them to hide their loving missives from curious onlookers.

But the most interesting thing about the website is what it lacks. Users are unable to send doodles to each other or thumbkiss, which allows them to press their thumb against their phone's display and send their partner a small vibration meant to bring something physical to otherwise digital communications. (It's also a good way to convince other people you're popular by making your phone buzz every few seconds.)

"There's something intimate about touching the screen and feeling the vibration through it," Kostour says. "I don't know if it will feel the same on the desktop. It's not off the table -- it's just that in this first version we decided not to put it in."

This highlights one of the main problems of bringing mobile-first services to the desktop. While it's easier to type and read messages on a larger device, most PCs aren't able to handle small vibrations or other smartphone-specific features. It's up to each company to decide whether that compromise is worth it, or if they should simply continue ignoring desktop users and focus on the platforms they already support.

As for me, this might finally get me to start using Couple again. I'd abandoned it shortly after my iPhone stopped holding a charge, and even though I've since replaced the device, I have yet to download the app on my new smartphone. Now I might not even have to. I'm in front of my laptop all day anyway -- why download the app and have it buzz in my pocket every few minutes? 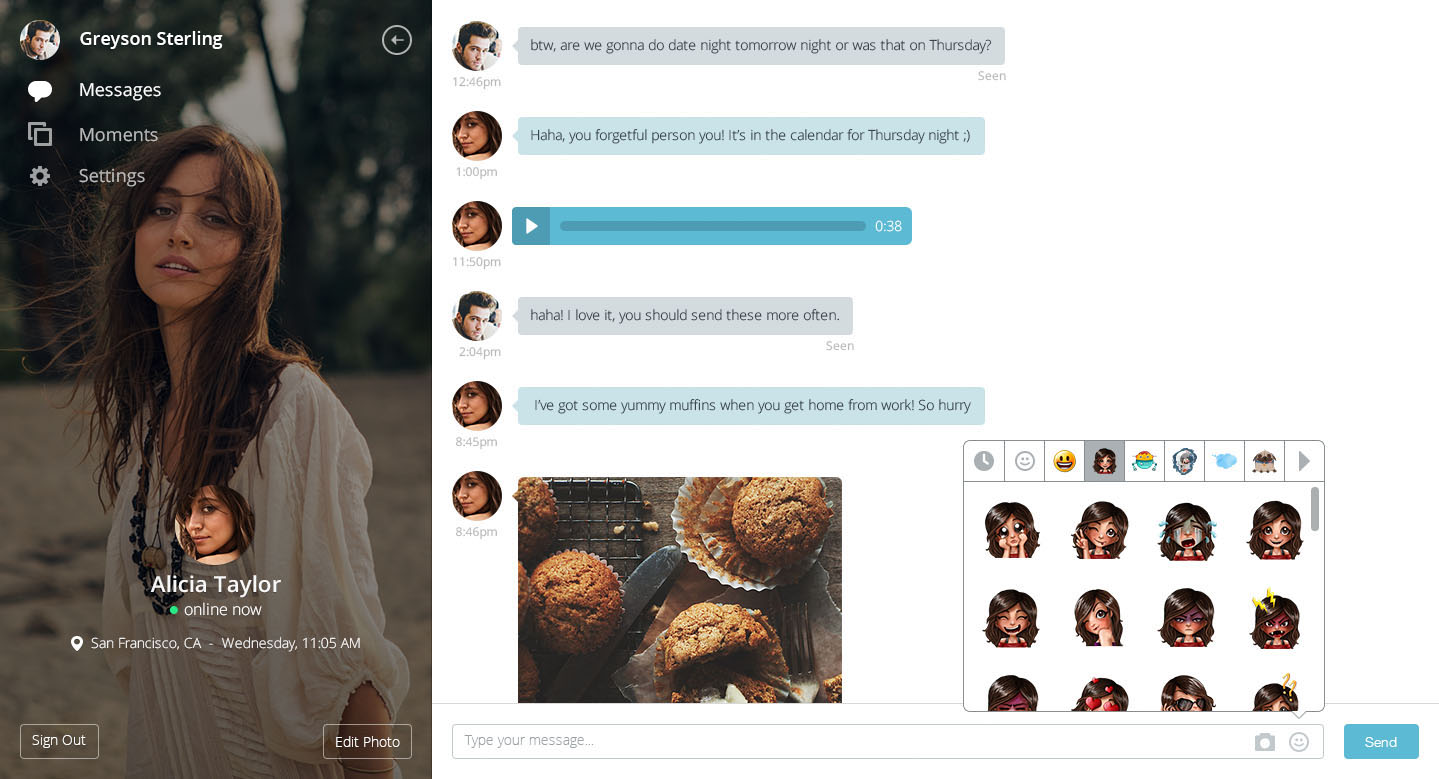 [Image via Thinkstock, Screenshot via Couple]