Why do mobile browsers suck so bad?

In the debate over whether our mobile computing experience should be dominated by native apps or the mobile Web, one side has always had an unfair advantage. Since the iPhone was launched in 2007 until now, native apps have worked better, looked better, and been far more abundant than their Web counterparts – and neither Apple, with iOS, nor Google, with Android, have done anything to change the status quo.

But it’s really no wonder that the mobile Web hasn’t been given the time of day. Just look at the tool with which we’re supposed to use it: the mobile browser. Today, on an iPhone or an Android device, if you want to open up a webpage or a Web app, you have to do so in either Safari or Chrome, or in one of the other browsers, such as Opera or Dolphin. And you know what? They all suck.

Developers, investors, entrepreneurs, and tech bloggers spend a lot of time talking about “mobile first,” but that dictum is thrown out the window when it comes to the Web. Apparently, it applies only to business models and payment systems. Because when you look at the mobile browser – when you really look at it – the only intelligent conclusion you can come to is, “Why?”

The mobile browser today is a boring adaptation of the desktop experience ported to a smaller screen. We’re stuck with a URL bar that still depends mostly on typing; a tabs-based system for switching between pages; bookmarks and thumbnails for shortcuts to favorite sites; and, in general, a lot of lists and text. In other words, these browsers are just like the browsers we use on our desktop computers, even though that’s a computing experience that entails a completely different user behavior.

On the desktop, we have a large screen, a big keyboard, and a mouse. So browsers as they are currently set up – with a URL bar, lots of bookmarks, and tabs for multiple tasks – make complete sense. But on mobile, we have a small screen, we swipe more than type, and it’s hard to hit those little tab buttons. So a mere replication of the desktop browser makes no sense at all. Reading websites and running Web apps within these browsers, then, is unsurprisingly an un-great experience.

So what does a good mobile browser look like? Well, we still don’t know.

In China, UCWeb has made an attempt at re-thinking the browser, and its clever ideas are apparent even in the English-language version of UCBrowser. Tabbed browsing in UCBrowser, for instance, is more intuitive to mobile, with open Web pages appearing as a stack of large rectangles. (See pics below.) Its home screen also looks more like an app operating system, with websites represented by attractive icons laid out in a grid, with a URL bar sitting at the top of the page. But the rest of the browser still relies on a directory-like list of links. 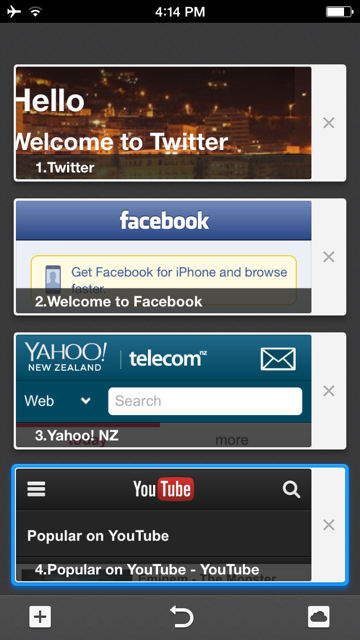 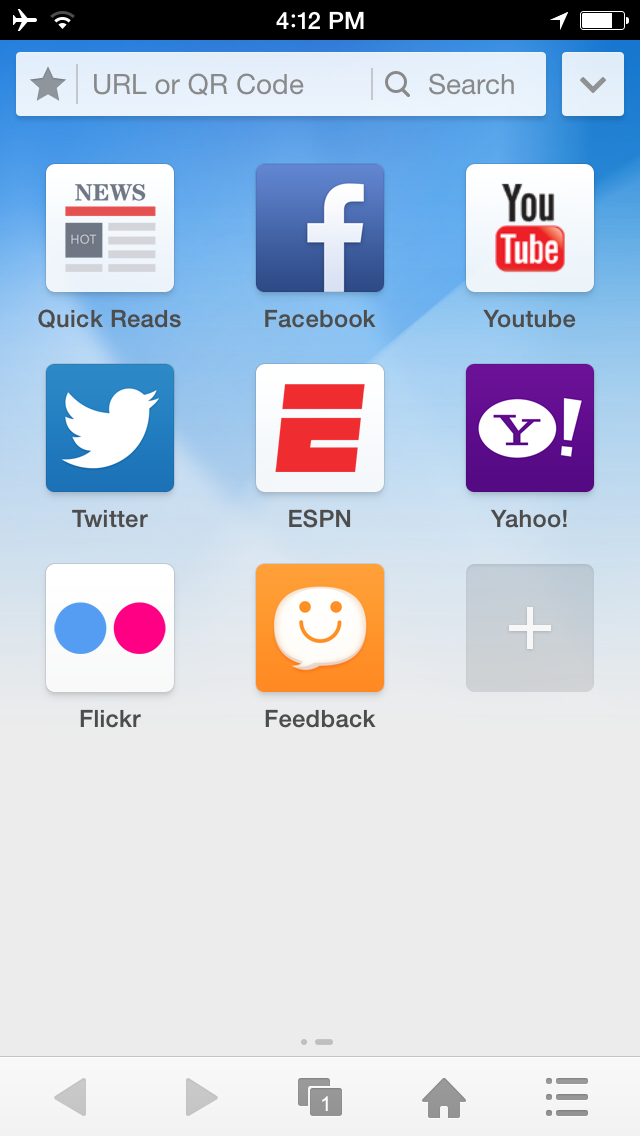 Also in China, Baidu’s Light App puts search at the front of the browser and app experience, so you can just call up a Web app for any particular activity as needed, rather than have to have the native app pre-installed on your phone. But this still asks you to do a lot of typing and searching. 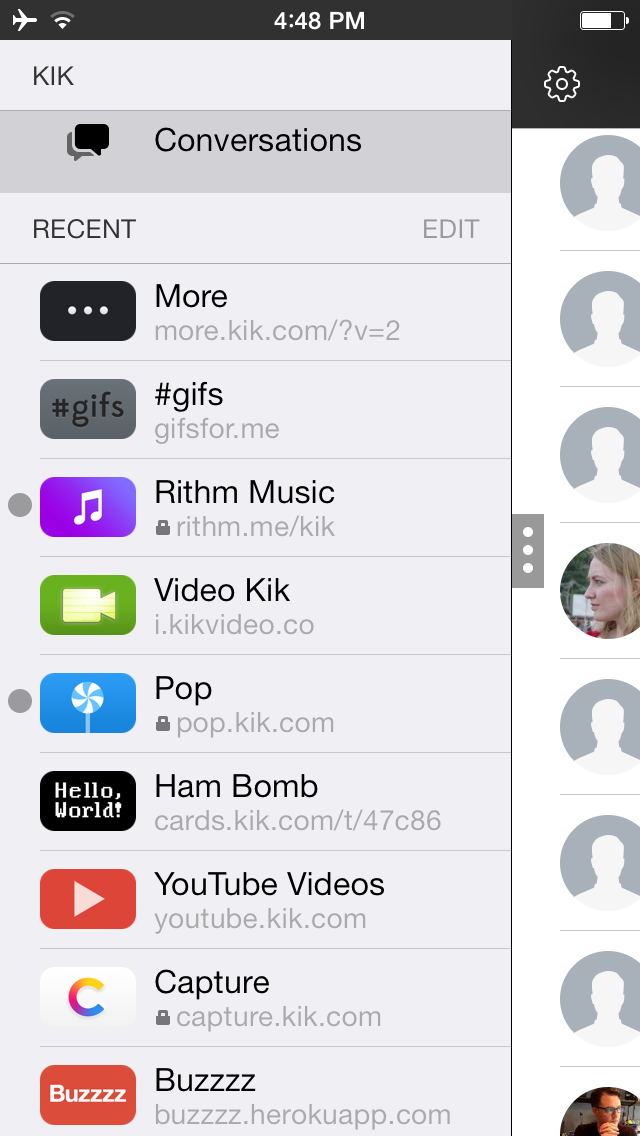 Kik is trying to fashion itself as a mobile browser, although it comes disguised as a chat app. This approach might make sense, because messaging is the thing we do most with our phones, whether it be through SMS, Snapchat, Twitter, Facebook, or email. What’s smart about Kik’s attempt at re-imagining the browser is that it has replaced Web pages and apps with HTML5 “cards,” which work seamlessly with the chat experience. (See pic on right.) Kik’s approach also turbocharges the Web, so the cards are as zippy and fluid as any native apps. But Kik still has much to prove, and so far it doesn’t seem to have good penetration beyond young teens. If it’s going to change user and developer habits, it’s going to need to become more mainstream.

One intriguing player that I’m keeping an eye on is Wildcard, a stealth-mode startup that claims to be “Building the new mobile Internet. One card at a time.”

The limited information that Wildcard has provided so far suggests that it is building a library of HTML5 cards that will deliver the mobile Web faster than other apps. The startup has raised $3 million in Series A funding, led by General Catalyst. On its website, it claims “Wildcard gives you the performance of the best native apps, with the breadth of the entire Internet.” It will provide a browsing experience that is faster, easier, and more app-like than any mobile browser, according to its website. 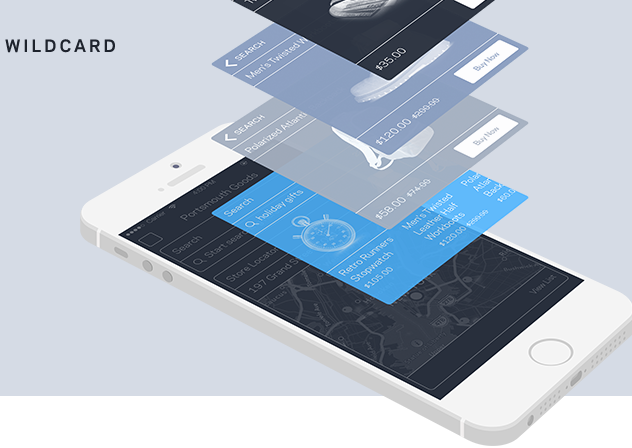 Perhaps that is ultimately the solution for mobile. Maybe it’s not just that mobile browsers suck – it could also be that Web pages, or websites, are no longer the best forms of delivery and interaction for information or programs. If Wildcard can reorient the Web towards cards that are lightweight, fast, flexible, and easily sharable, the mobile Web could fast look like a better place.

And that would be a welcome development. The way things are now, the owners of the app stores and the operating systems have too much power in determining how apps work, what they look like, or even whether or not they should be allowed to exist. A world in which native apps are allowed to prevail, to dictate our dominant computing paradigm, would be one in which we would necessarily cede a great deal of power to Apple and Google. They would continue to be the chief guardians of, and major beneficiaries from, the app ecosystems. The mobile Web must live to provide a more open, less download-reliant, and more free way of computing.

But to get to that point, we’ve still got a long way to go. If the mobile Web is to live, someone has to build it some better lodgings. The browsers we have today don’t even come close to satisfactory. It’s about time that changed. The mobile Web isn't dead, after all – it just isn't fully formed yet.