More adults use social networks than ever before (especially Facebook)

Some of us were burned out by social media this year. Others were bummed out. But that didn't stop American adults from using it more in 2013 than ever before.

In a new report published today, Pew found that 73 percent of online adults use social networking. That's up from 67 percent last year. The growth is evident across Facebook, LinkedIn, Twitter, and Instagram, but the most dramatic growth over the past year came on Pinterest. Meanwhile, Twitter's user growth from 2012 is hardly spectacular -- not exactly great news for the newly public company. 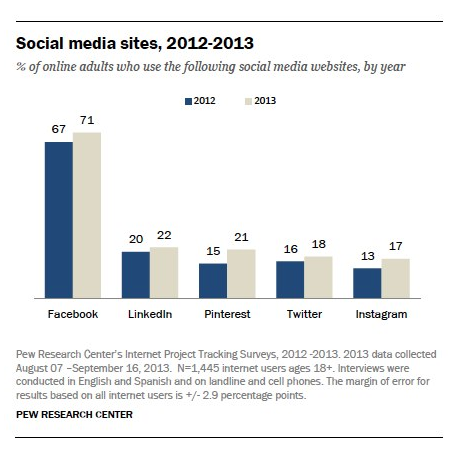 The survey also measured how frequently users visited a site, finding that users were almost as likely to visit Instagram daily as they were to visit Facebook daily. Visitation frequency for Twitter was a little behind, and almost half of Pinterest's users don't even visit the site weekly. LinkedIn's numbers are even worse: 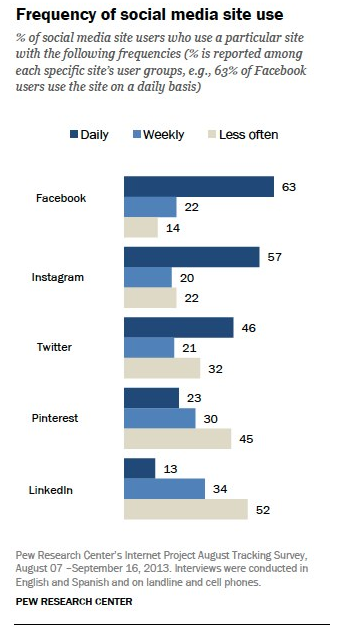 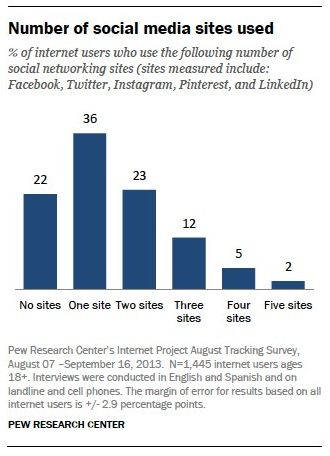 Finally, Pew collected demographic data on each of the five networks. The age group among adults most likely to use each network was 18-29 year olds, except for LinkedIn where both 30-49 year olds and 50-64 year olds were more likely to use it than the younger group. Each network also skewed more toward women except, again, LinkedIn; Twenty-four percent of men use LinkedIn compared to nineteen percent for women. 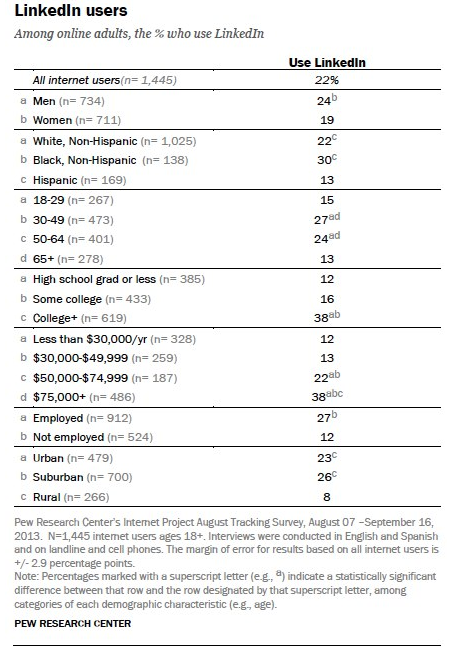 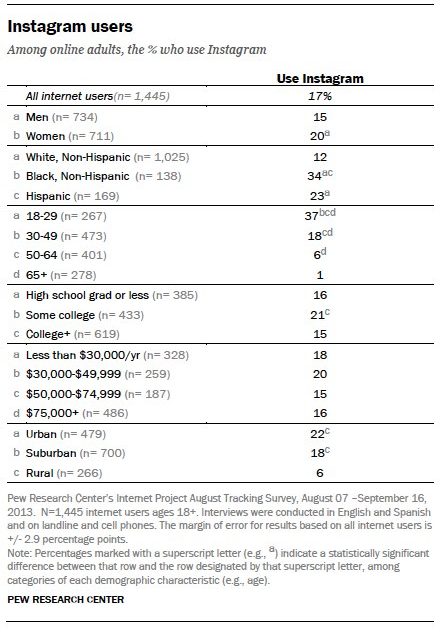 So what does all this mean for social networks? Well, despite observers calling this a lost year for tech, social networking is as big as ever. This study doesn't even include other huge networks like Tumblr, YouTube, and the social network/messaging app hybrid Snapchat. And while Facebook is still way ahead of the competition, social media is hardly a zero-sum game. Forty-two percent of adults use two or more social networks, further proof that even as the functions of all these social apps converge, consumers still enjoy "platform promiscuity."

But while we may be promiscuous, not all networks are created equal: Facebook is the old friend we always return to. Instagram and Twitter are a little weirder, but our devotion to them is almost as strong. We adore Pinterest too, but it's not the kind of companion you need to see every day, or even every week. Meanwhile, LinkedIn is always off to the side, there when we need it, but hardly the first one we call.