Our favorite stories and artwork of 2013

By David Holmes
Dec 31, 2013 · 7 minutes
2013 was many things to many people. It was a "lost year for tech." It was "the year we broke the Internet." It was the year we stopped worrying and loved hoaxes, and the year Snapchat got more press than SpaceX. And, of course, there was that Snowden dude...

For all the ups and downs and triumphs and indignities felt in Silicon Valley this year, there was never a shortage of great stories to tell: from epic hacks to Airbnb phantoms, from hip-hop Lyft drivers to Mormon entrepreneurs. After combing through the last twelve months, these are our 20 favorite Pando stories of the year as selected by staff offered in chronological order, along with the best artwork by Hallie Bateman, Brad Jonas, and others:

Young people are screwed... Here's how to survive 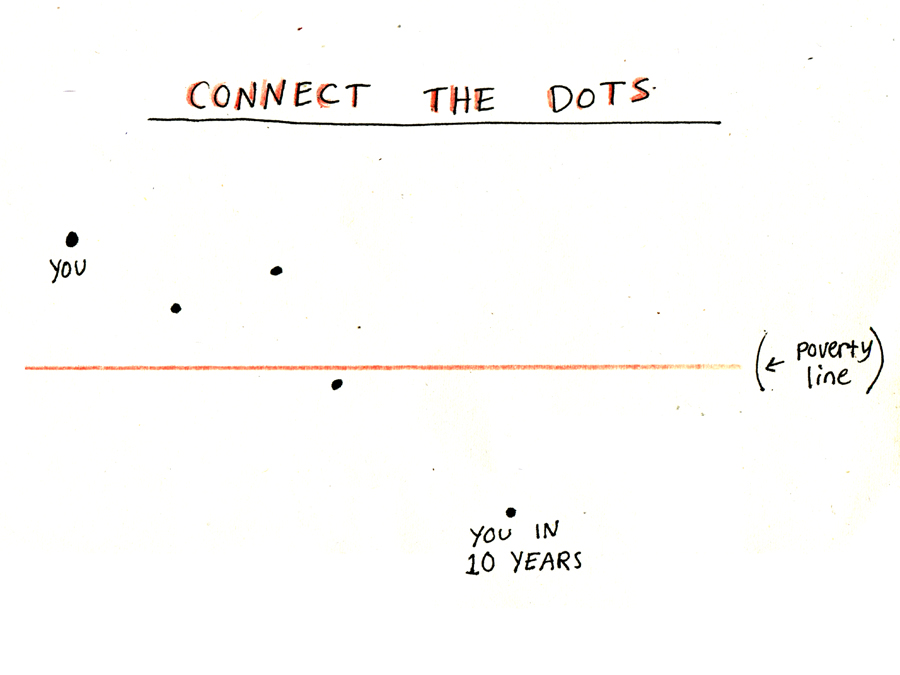 The story may sound pessimistic but something about it resonated deeply with readers and it became one of our most-read posts of the year. Bryan Goldberg isn't  as fatalistic as the title makes him out of be, as he offers up four lessons for how young people can navigate this struggling economy.

To accelerate or not to accelerate? That's no simple question, so Erin Griffith did what she does best: She spoke to a ton of investors, founders, and accelerator programs to determine when it's worth it for a startup to join an accelerator, when it's not, and how entrepreneurs can spot a rotten program.

An acquisition is always a failure 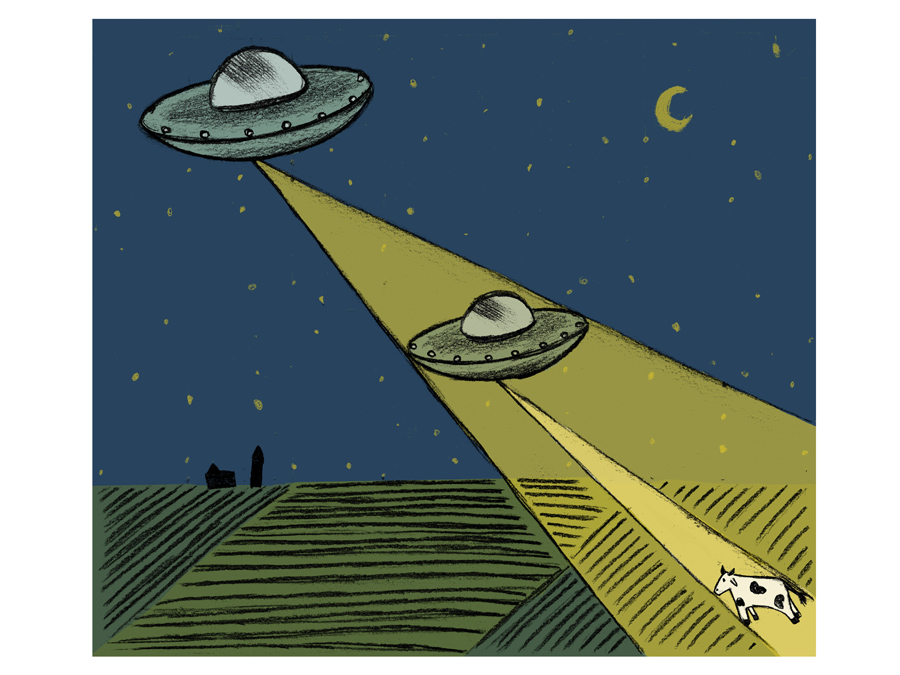 In 2006, Jake Lodwick sold College Humor to Barry Diller's IAC in a multimillion dollar deal. Despite making a ton of cash, he calls it "the worst business decision of my life." Lodwick explains why in our most-read guest post of the year.

Google Glass in 10 years: The view from dystopia

One of our more unique series of 2013 was "The view from dystopia," which imagined worst-case-future-scenarios for a number of technologies and institutions, from drones to the NSA to branded states. But none topped the first in the series, Adam Penenberg's chilling, "Neuromancer"-esque narrative revealing what happens when we all have cameras and computers in our eye sockets a la Google Glass. The kicker says it all: "You know you have free will, but don’t feel like you need it." 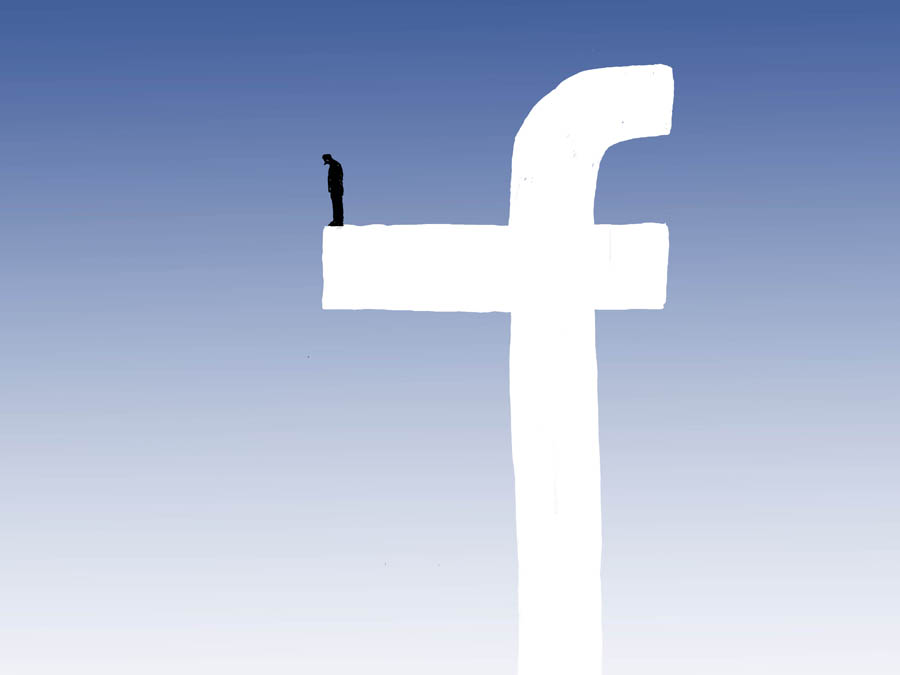 It was the kind of story that was just waiting to be told. Facebook had the opportunity to build a platform as rich as Android or Apple's iOS. Instead, thanks to a series of missteps, the potential of Facebook Platform was lost forever. Facebook is still a strong business, of course. But in Hamish McKenzie's expose, developers, entrepreneurs and investors imagine what might have been, painting a strong cautionary tale against the "move fast, break things" ethos that's become the Valley's mantra.

Losing $2 million must be the worst. Thankfully, Pablo Fuentes isn't too embarrassed to talk about what happened in the hopes of helping others avoid his fate.

The Book of Mormon: Why the world’s most capitalist religion breeds so many entrepreneurs

It's not every day that a technology reporter gets shipped off to Provo, Utah to write a story. But that's exactly what we did when we sent Hamish McKenzie to the Utah Valley to find out what makes Mormons so entrepreneurial.

Who killed the music industry? An interactive explainer

One part history, one part murder mystery, our explainer uses music, data, and interviews with individuals at all levels of the industry to probe what exactly happened to the music business over the past 15 years, and what can be done to fix it.

If it’s not broke, break it: How David Marcus is dismantling PayPal to save it

PayPal is one of the most legendary companies in Silicon Valley history, having spawned a staggering number of great entrepreneurs and investors including Elon Musk, Reid Hoffman, and Peter Thiel. But can it stay relevant in 2013 and beyond? Sarah Lacy's profile of President David Marcus looks to answer this question, as the company attempts to reinvent itself while beating back upstart competitors.

The Prince of Lyft: How one micro entrepreneur is ridesharing his way to stardom

In "Prince of Lyft," Carmel DeAmicis rides along with a 36-year-old father of four who's made himself into a minor celebrity by driving a Lyft car. From hip-hop trivia games to business cards, the man known as "Hip-Hop Lyft" provides a glimpse into the future of micro-entrepreneurship. 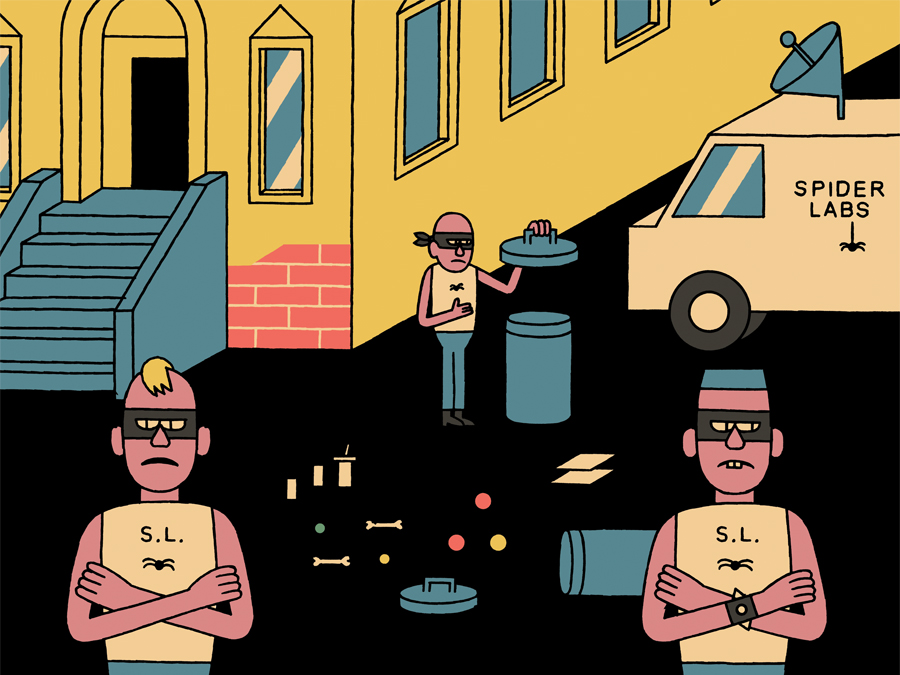 Adam Penenberg thought it'd be "fun" to let himself get hacked. What he discovered was more chilling than he could have ever imagined. He writes, "All it takes is a person or persons with enough patience and know-how to pierce anyone’s privacy — and, if they choose, to wreak havoc on your finances and destroy your reputation."

The journalist who hacked the old system 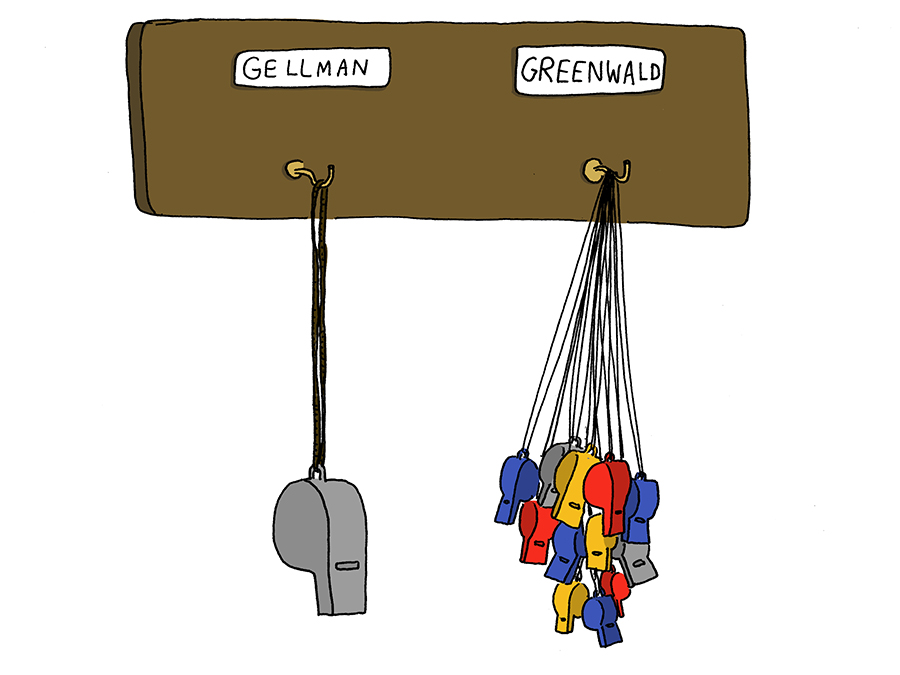 Here at Pando, our staff members don't always agree with one another. Just look at our writing on one of the most controversial figures of 2013, Glenn Greenwald. For example, a few days after Mark Ames expressed his concerns over Greenwald's handling of the Edward Snowden documents, David Sirota offered a counterpoint, writing that Greenwald's methods, while not perfect, are a refreshing alternative to the old journalistic power structures.

Airbnb says this man does not exist. So I had coffee with him 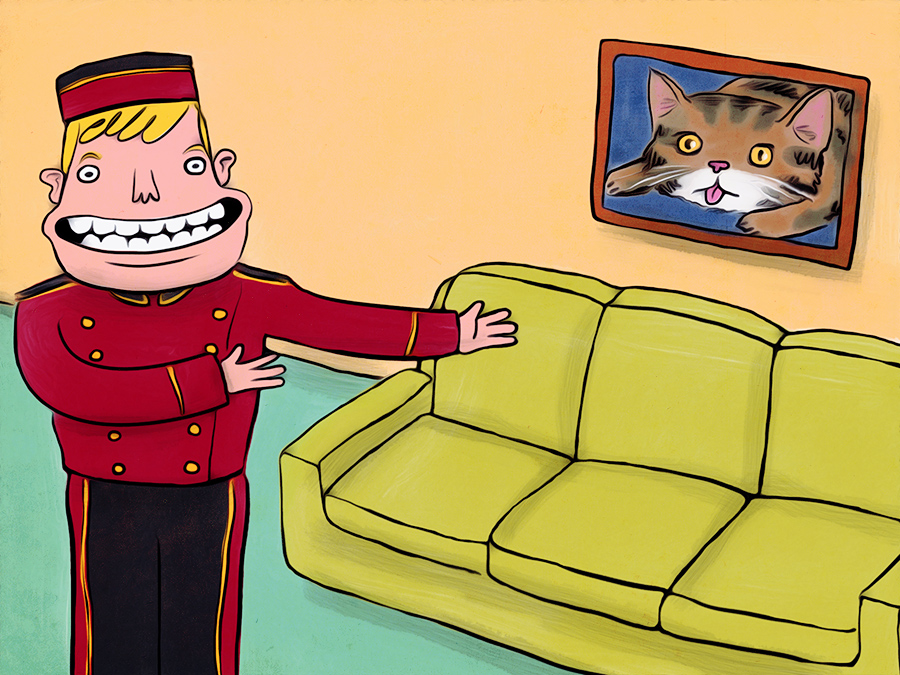 Airbnb says that people who rent or own property solely to use as Airbnb “hotels” do not exist. So who did Cale Weissman have coffee with? Follow Weissman and this sharing economy phantom along for one of our strangest and funniest stories of the year.

Kleiner Perkins was once one of the most revered venture firms in the world. So what happened? Sarah Lacy and Michael Carney take a deep dive into how the firm fell from grace, and what it needs to do to reclaim its former glory.

Bitcoin has a dark side: its carbon footprint

More ink and pixels were spilled over bitcoin than probably any other new tech trend in 2013. But amid the histrionic endorsements and the snarky dismissals, there was one aspect of the cryptocurrency that few had covered: Its environmental impact. 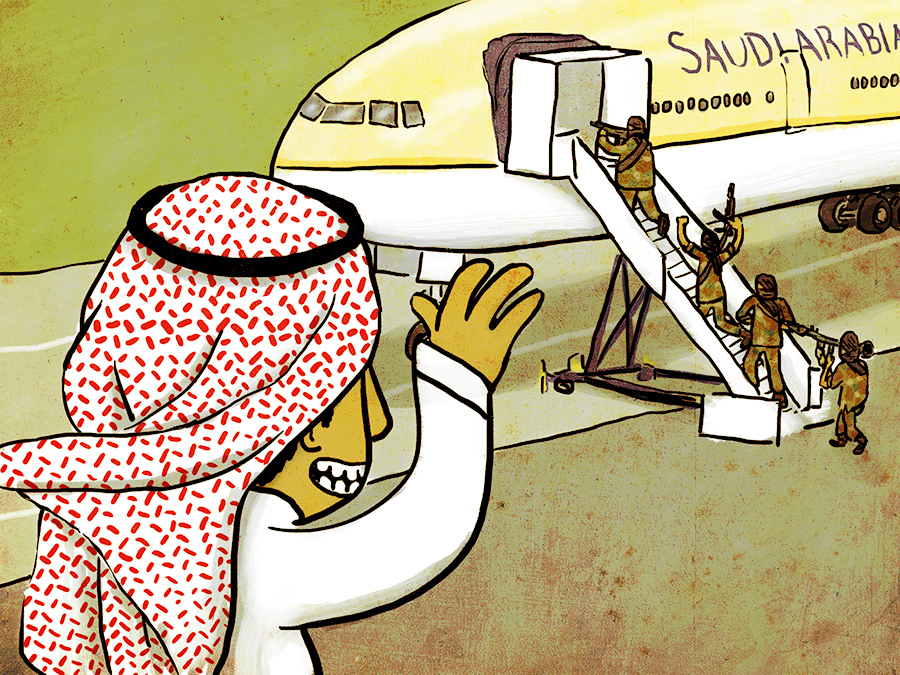 Saudi Arabia is transporting its young dangerous men to places like Syria and Afghanistan to do jihad, writes Gary Brecher. Articles like this show how much Pando's breadth of coverage expanded with the addition of the NSFWCORP late this year. Now, when we write about "disruption" it's not just of the tech-geek variety. It's as Brecher puts it "the ugly thing-in-itself," creating pain and chaos on a global scale.

Obama’s NSA and the freedom of the press release 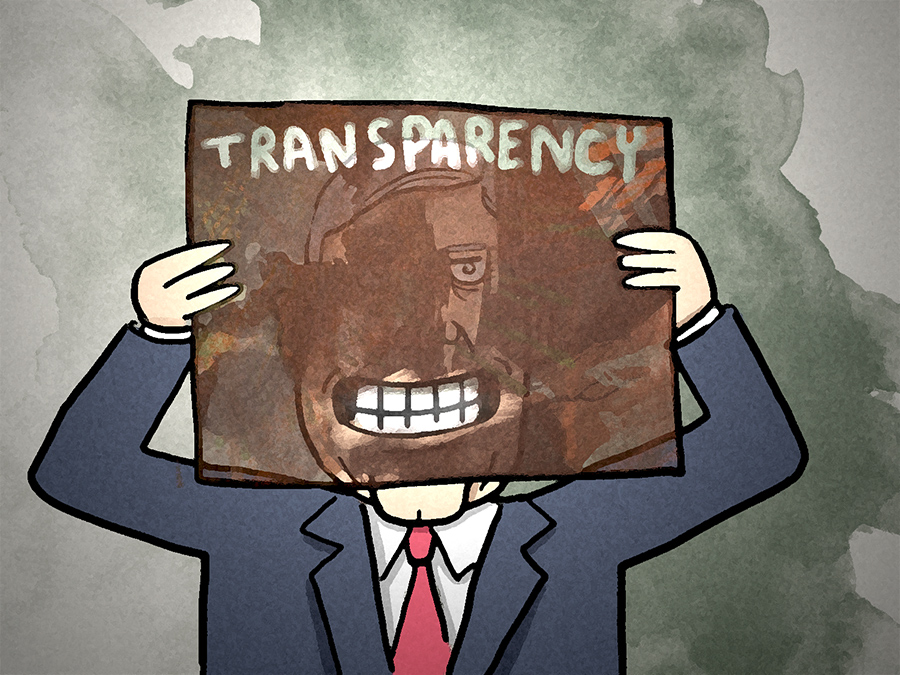 In the wake of a 300-page report suggesting reforms to the NSA, Nathaniel Mott explores the nature of government transparency in 2013, finding that Obama has often created the illusion of transparency while really operating as opaquely as a tech PR firm.

What Surveillance Valley knows about you

Yasha Levine unpeels the layers of the "data broker" industry, where your data is bought and sold so companies can better target advertisements to you. It may sound innocuous enough, but what Levine found was disturbing: For example, one company sells clients lists of rape victims for $79 per thousand names. Aside from the poor taste of such a practice, collecting and selling data that covers everything from medical conditions to political sensibilities could be used to far more devious ends than mere "ad targeting." 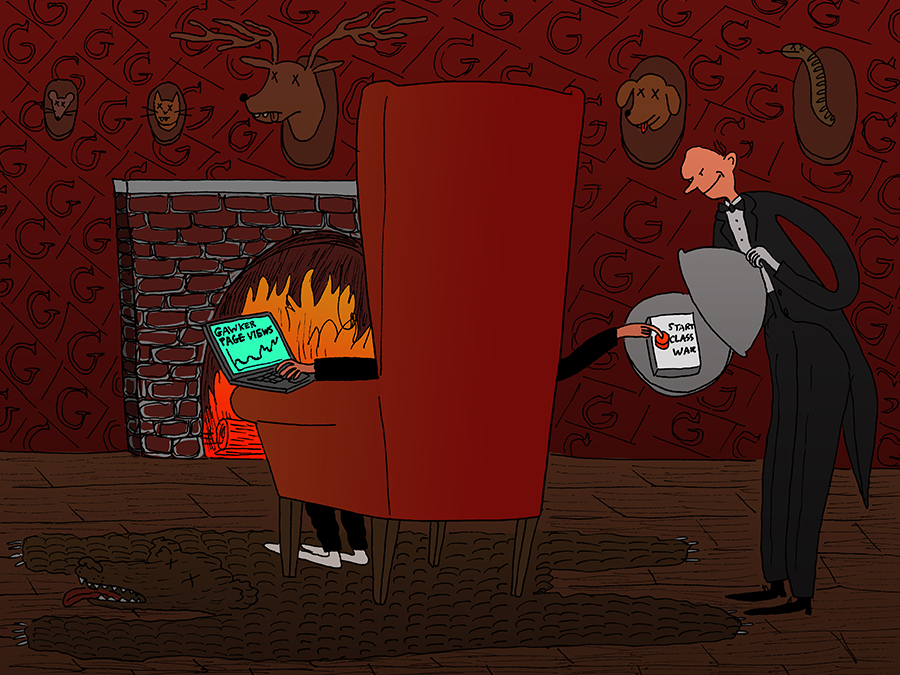 The problem with Gawker's Valleywag, Paul Carr writes, isn't that it ridicules Silicon Valley. Keeping the industry accountable for its sins is a crucial part of covering the Valley. No, it's that the blog has focused its efforts on poking fun at startup employees instead of their rich bosses, who are far more deserving of scorn, or at the very least skepticism.

Snowden’s biggest revelation: We don’t know what power is anymore, nor do we care 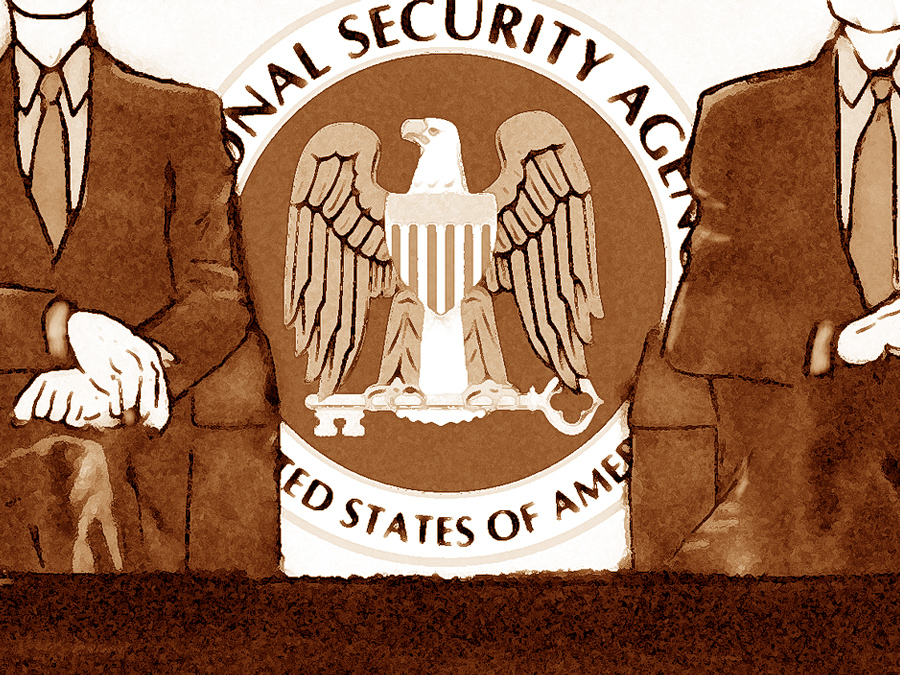 By examining over fifty years of American spy scandals, Mark Ames ponders what the lasting legacy of Edward Snowden's leaks may be. Will there be reforms? Will the reforms make things even worse? Judging by recent history, Ames is skeptical that any real change will come out of the NSA revelations -- at least not until Americans realize that the scandal is about more than Big Brother. It's about a larger power dynamic between corporate giants and the White House that threatens the very social contract this country was founded on.