On New Year's Eve, a few hours before the city's festivities kicked into gear, an Uber driver hit three pedestrians, killing one of them. Six-year-old San Francisco resident Sophia Liu died after being transported to San Francisco General Hospital.

The driver stayed on the scene, and publicly identified himself as Syed Muzzafar. Susan Fahey, a spokesperson for the San Francisco Sheriff's Office, told PandoDaily the driver was released on bail around 11 pm last night.

After learning of Liu's death, Uber was quick to point out -- arguably in an attempt to distance itself from culpability -- that the driver wasn't carrying an Uber passenger at the time of the accident.

This tragic accident highlights a growing concern with transportation networking companies: Are they responsible in the eyes of the law when their drivers commit such crimes? No accident, manslaughter, or assault cases have gone all the way to trial yet, so there's no concrete answer at this point in time.

The CPUC regulations that legalized ridesharing startups in California didn't mandate their liability, although it did create a set of standards to which all these companies must adhere, including a national background check of drivers cross-referenced with sexual assault databases.

Pando's recent investigation into ridesharing practices found that a driver with a criminal record -- who later was alleged to have assaulted an Uber passenger -- slipped through Uber's background checks.

If a prosecutor can prove that Uber neglected these background check duties in the case of the driver who killed Liu, than Uber could be liable for negligent hiring. Taxi companies, who employ independent contractors just like Uber does, have faced negligent hiring charges in the past.

Since the law hasn't been tested yet, the more important question raised by Liu's death is what responsibility are transportation network companies willing to take when things go wrong? In the case of the Uber the answer appears to be none.

There have been several assault cases and other accident charges where drivers have hit pedestrians. In all these instances, Uber's has made it clear that it is a platform connecting strangers, and that it doesn't consider itself responsible for conflict between them. It points to its terms of service, which state exactly that, "For the avoidance of doubt: Uber itself does not provide transportation services, and Uber is not a transportation carrier…Uber only acts as intermediary between you and the Transportation Provider." Here's Uber's official response to the events of New Year's Eve:

We can confirm that the driver in question was a partner of Uber and that we have deactivated his Uber account.  The driver was not providing services on the Uber system during the time of the accident. We again extend our deepest condolences to the family and victims of this tragic accident.

At a time when trust and transparency in the company is eroding, Liu's death is a far more tragic example of Uber evading responsibility for what happens through its service.

To be clear: Uber is well within its rights taking this stance as a platform company, and it is the textbook, best way to avoid future liability. This is what MySpace, Craigslist, and plenty of other platforms have done in the past when they've inadvertently set tragic events in motion.

But in the interest of building a lasting, trusted consumer brand, Uber may be making a major, risk-the-company mistake with this approach -- particularly with something as horrific as the death of a child. But don't listen to us: Listen to the closest example of someone who was in Uber CEO Travis Kalanick's situation, Airbnb's CEO Brian Chesky.

Airbnb has had multiple instances of people's homes getting violated after they rent them to strangers through the platform-- the most egregious was back in 2011, when meth users destroyed a woman's house listed through Airbnb.

At the time Chesky took the same approach Uber is taking now: apologies without owning responsibility. Chesky's early reaction put the onus on the woman who rented her house out. He said, "The vast majority of our community members genuinely respect and protect each other, but we urge users to be careful and discerning with each other."

Again, it was the textbook answer when you are a platform with a huge valuation and deep-pocketed backers. And yet, Chesky has since said it was one of the biggest mistakes the company ever made.

At PandoMonthly a year ago, Brian Chesky told Sarah Lacy:

Our lawyers for good reason were just like, 'You don't want to -- you can't say this because if you admit responsibility you open yourself up to this and that.' And what winds up happening is everyone starts giving you advice. And then you're like: which expert do I listen to? I have all these experts and they're all giving me advice. I don't know what to do. We would do these things, they wouldn't work, we didn't know what to do and the whole thing just started spinning out of control. I remember at one point they got so bad that I just said 'fuck it.' I don't care what happens to Airbnb at the end of this, but we're going to be Airbnb. We're going to be who we are. I'm just going to do what I think is the right thing to do. What I thought the right thing to do was to write a letter, and the letter was an open letter apologizing to her. And just telling everyone the facts, and also making it right. That was a real turning point in the company. If there's a founding or a birth, that was like a rebirth for us. And I said were going to drown everyone out and from now on we're going to be open, were always going to be honest with the customer, and were always going to bend over backwards for them.

When you match strangers with other strangers for home rentals or transportation, terrible events are bound to happen. This is why investors hesitated to fund Airbnb to begin with -- the fear of letting a wacko into your home. Similarly, the fear with Uber is what we risk in terms of controls and safety by embracing an unregulated transportation system with cleaner cars and nicer drivers. This is the thing that can kill the sharing economy now that it's gaining mainstream adoption.

It's up to startups in the sharing economy to aggressively and swiftly respond to it. How they react tells a lot about what kind of company they are, and how much they're willing to put their customers' safety and well-being ahead of their short term corporate interests.

After all, Airbnb's investor Marc Andreessen was the one who encouraged Chesky to up the amount he was willing to pay out in cases like the one he originally disavowed any responsibility for. He didn't do that out of the goodness of his heart -- he did it out of long term corporate interests over short term legal protection. Or put more crassly: Long term greed over short term greed. [Disclosure: Andreessen is a personal investor in PandoDaily.]

This is the benefit of being an extremely well-funded startup. Just like Jeff Bezos was able to absorb losses for many years to drive Amazon to dominance, so too can the companies at the very top of the sharing economy food chain set an important precedent that lives matter when you trust your services with them -- no matter the cost.

It's a rare chance to both widen the competitive moat between an Uber or Airbnb and smaller players and to do the right thing all at once. 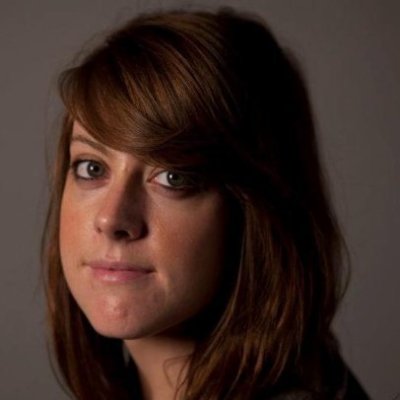