But despite all this moral indignation, the residents of Durham, NC where Duke is located don't appear to have many qualms about watching her perform the same sexual acts on camera that outrage them so much. 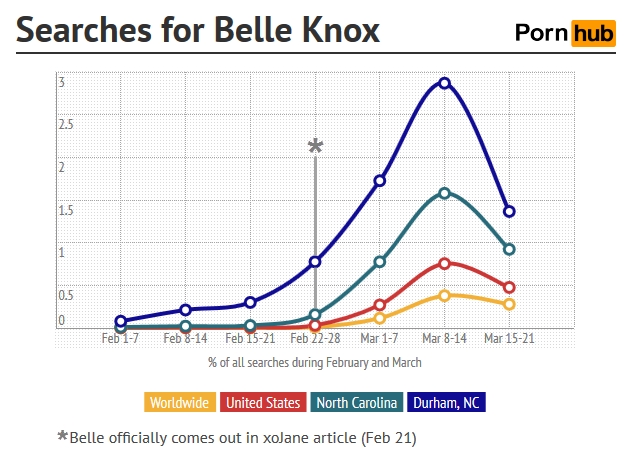