The art of being an asshole: Our recap of HBO's "Silicon Valley" Episode 2

Over the next few weeks, we'll recap each new episode of "Silicon Valley," HBO's surprisingly not-terrible comedy-drama that follows a group of young Palo Alto developers as they deal with the absurdity and stress of building a company. We're adopting the "Alan Sepinwall" style of television recaps so you've been warned: Here, there be spoilers. 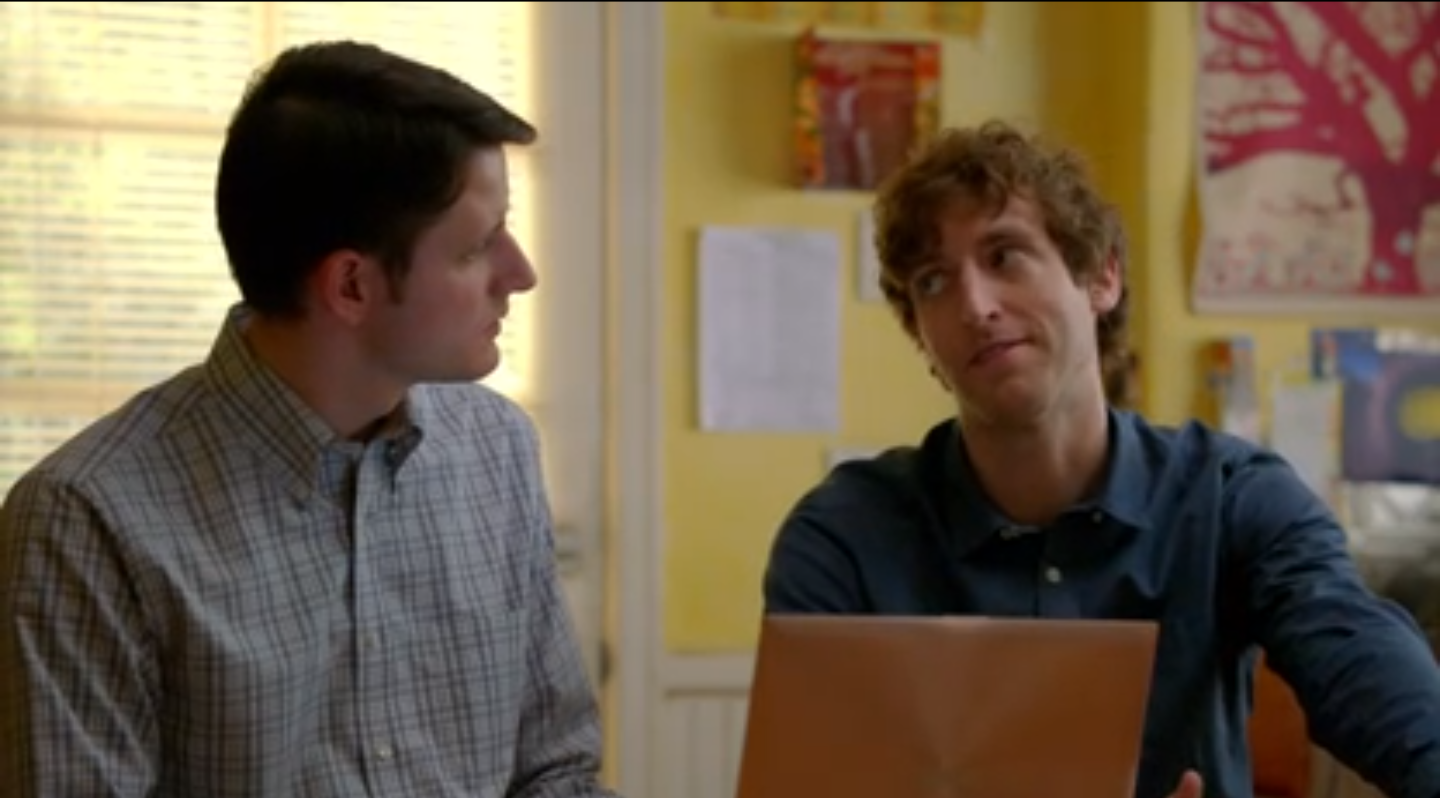 "If you're not an asshole, it creates this kind of asshole vacuum and that void is filled by other assholes." - Erlich, "Silicon Valley"

The art of being an asshole lies at the core of "Silicon Valley," both the show and the region. Some of tech's most venerated heroes, from Steve Jobs to Larry Ellison, are as famous for their volatile behavior as they are for their successes. That's not to say Silicon Valley is any worse than other arenas of American influence, where billions of dollars and massive amounts of power are at stake -- just look at the hilariously awful DC pols who populate HBO's other big comedy, "Veep." But while no show on TV can compete with "Veep"'s capacity for vitriol and scumbagginess, the above credo laid out by "Silicon Valley"'s burnt-out "wantrepreneur" Erlich (T.J. Miller) is perhaps the medium's best articulation of what drives these dickish dynamics.

That's too bad for Richard, the show's quiet coder protagonist. When we last saw him, he had just turned down a $10 million acquisition offer for his startup Pied Piper in favor of a $200,000 seed check and control over his own destiny. Like Google, Richard's slogan is "Don't be evil," except he actually lives up to it. But as he quickly discovers, the skills and values needed to become an effective CEO have almost nothing to do with being an effective coder -- or a nice guy.

Richard first realizes he's in way over his head at his first meeting with billionaire investor Peter Gregory. At the start of the meeting, Richard expects to hear the kind of invaluable guidance one might expect from a guy who's built or shaped countless successful companies. Instead he's immediately berated for coming in with no investment deck or cap table and little insight into what his company even does. When he asks for help, Gregory offers up one of Mike Judge's classic workplace koans: "I cannot guide you until you give me something to guide you with." Dejected and a little bitter, Richard goes home and does what anybody would do in that situation: He reads the Wikipedia page on "business plan."

With no one else to turn to, Richard calls up the ghostly financial whiz Jared (Zach Woods), who is described as looking like "someone starved a virgin to death." After crunching the numbers and conducting a series of one-on-ones with each member of Pied Piper, Jared has some bad news: Richard has no choice but to fire his best friend, Big Head. The poor guy just doesn't bring enough to the table, and I'm not talking about skills or innate talent -- He lacks the bluster and capacity for bullshit of the rest of the team, who enchants Jared with phrases like "emergency database roll-backs" and "Iranian revolution." The most braggadocio Big Head can muster is, "I guess I'm pretty good at code."

On the surface, Richard's dilemma is pretty standard sitcom fare. What makes it interesting from a Silicon Valley perspective is that the whole reason Richard turned down Hooli's $10 million acquisition offer was so he could run his company on his own terms and not feel pressure to fire or hire people based on the whims of others. "If I wanted to be a sell-out, I'd have done that already. I'd be on a beach somewhere with $10 million dollars in my pocket." Jared warns him that Gregory is likely to rescind his $200,000 seed check if the startup doesn't run a leaner operation, which means firing Big Head. Even though Richard retains control of his company in theory, he's still subject to same market pressures and incumbents that incentivize ruthless behavior.

Richard stands firm on not being an asshole, but as Erlich warned him, someone's there to step in and fill that asshole void for him. Big Head accepts a huge promotion at Hooli that's only offered to him as revenge for Richard spurning the company's acquisition offer and stealing Jared away. ("So you're like the VP of spite?" one character asks).

The betrayal serves as a valuable lesson. The Richard we see at the end of the episode is focused, intense, and, to be honest, a bit of an asshole. It'd be fascinating if the show follows a similar narrative as "Breaking Bad," where a nice, unassuming dude slowly transforms into a monster, one moral compromise at a time. The light tone of these early episodes may suggest otherwise, but that would only make the eventual transformation that much more powerful. "Breaking Bad" showrunner Vince Gilligan famously said he wanted to turn Mr. Chips into Scarface. "Silicon Valley" may end up turning Beaver Cleaver into Steve Jobs.

Episode 2 lacks some of the wit of the premiere -- Like many shows, "Silicon Valley" saved the best jokes for its opener. And an early, fairly innocuous scene involving a stripper misses an opportunity to comment on misogyny in tech, which is one of the chief complaints lobbed at the show. But the characters remain endearing and "Silicon Valley" continues to show promise that it can transcend its easy sitcom trappings to eventually make an important statement on how businesses are built in the 21st century.