Matt Farley takes a sip of his soda, and tells me his latest album idea.

It's like the musical equivalent of those vanity keychains or license plates, one for every name, that you find at amusement park gift shops. That may sound like an insult, but when I mention it to Farley he's delighted. You don't become Spotify's most successful musical spammer by being easily offended.

On the Internet, with its valleys of eccentricity that never fail to consume us whenever we should be doing anything else, there's rarely a shortage of wonderfully strange content. Much has been written about "The Weird Part of YouTube," "Weird Twitter," and of course the deep, dark corners of Tumblr where you'll find everything from "reverse eating" to whatever this is.

But perhaps a more unlikely source of the bizarre Web arts is Spotify. There, you can find aircraft bathroom noises, yoga lessons for dogs, and a massive collection of self-help hypnosis tracks promising to improve every facet of your life, from enlarging your breasts to overcoming a "shy bladder."

So who makes some of Spotify's strangest tracks? Do their creators earn money? Or at least enough to justify the minutes (or seconds) they take to record? After all, creators of legitimate Spotify tracks complain that you can't make a living off of it. Is the key to unlocking the riches of Spotify simply phoning in your craft and going for volume?

I found one answer in a half-finished basement located in a middle class suburb outside Boston. Down here, a sort of underground ecosystem of outre artists exists, like a bizarro Brill Building, churning out thousands of throwaway songs a year in the hopes that some of them will find an audience, however small. And it all comes from the brain of one man: Matt Farley.

Farley goes by many names: Papa Razzi and the Photogs. The Toilet Bowl Cleaners. The Passionate and Objective Jokerfan. And since 2008, his virtual stable of artists, operating under the collective Motern Media, has released nearly 16,000 songs on iTunes and Spotify, earning Farley $23,000 last year alone: 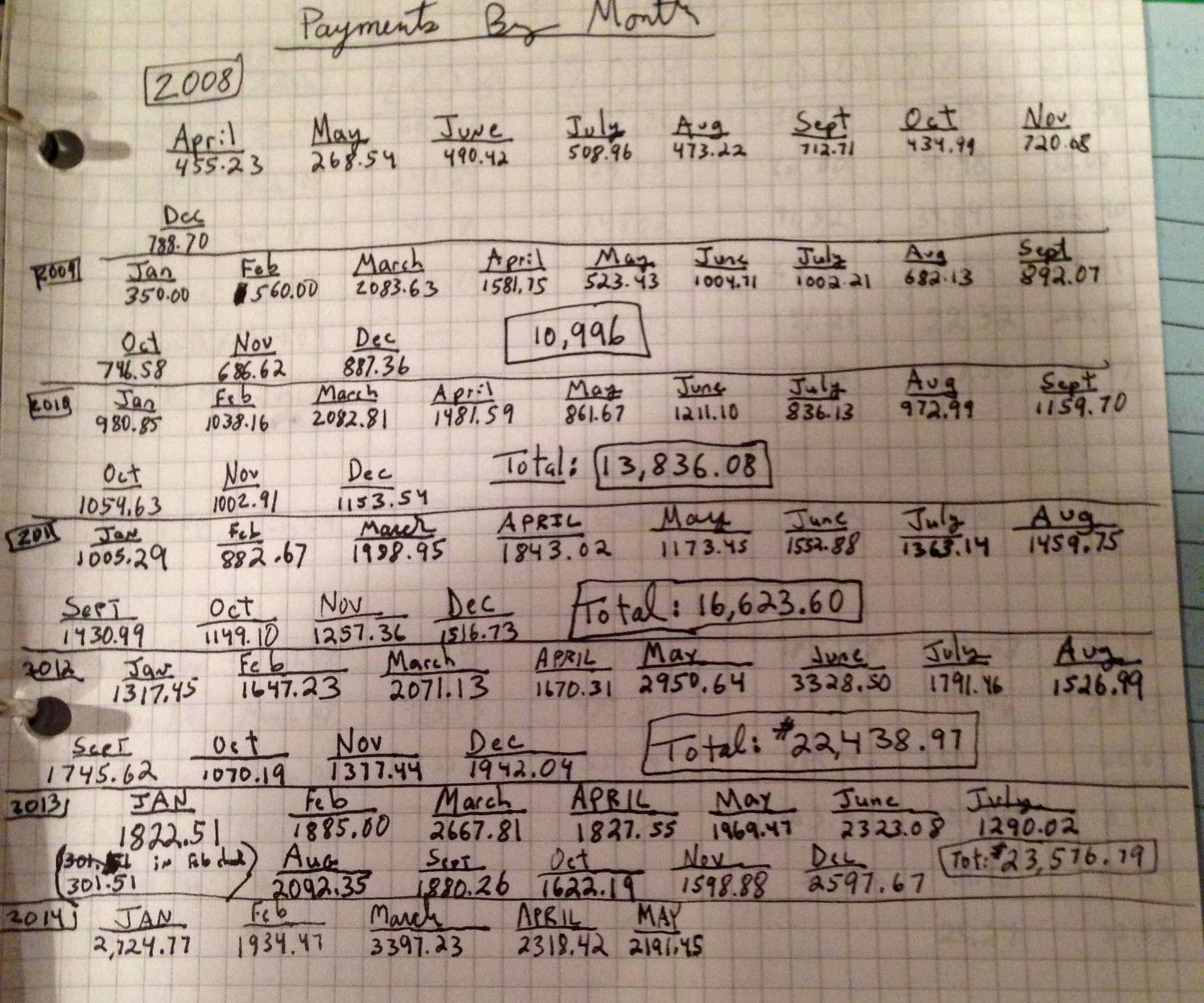 At less than $2 per track, that may not sound like much. But take a listen to his songs and you may find it's a better bargain than you thought. There's "Justin Bieber Farts." "I Pee When I Poop (But Not the Other Way Around." Farley even wrote a 366-track "Birthday Album" featuring a birthday song for every single day of the year.

Farley's been called everything from a "music spammer" to a "click bait star." And indeed there's a somewhat skeezy method behind Motern Media's madness. Farley hopes that fans searching for, say, Lauryn Hill or Stevie Nicks, will instead stumble upon Farley's "Lauryn Hill is Like Awesome and Great" or "Stevie Nicks is Awesome!" It all sounds a bit diabolical, right?

But after spending a few hours with him at his home in Danvers, Massachusetts, there's nothing sleazy or dishonest about Farley. Unfailingly polite and utterly transparent, Farley is simply a man with an obsessive drive to create -- and if it requires a bit of gimmickry and search engine tricks to pay the bills, one fraction of a penny at a time, so be it. 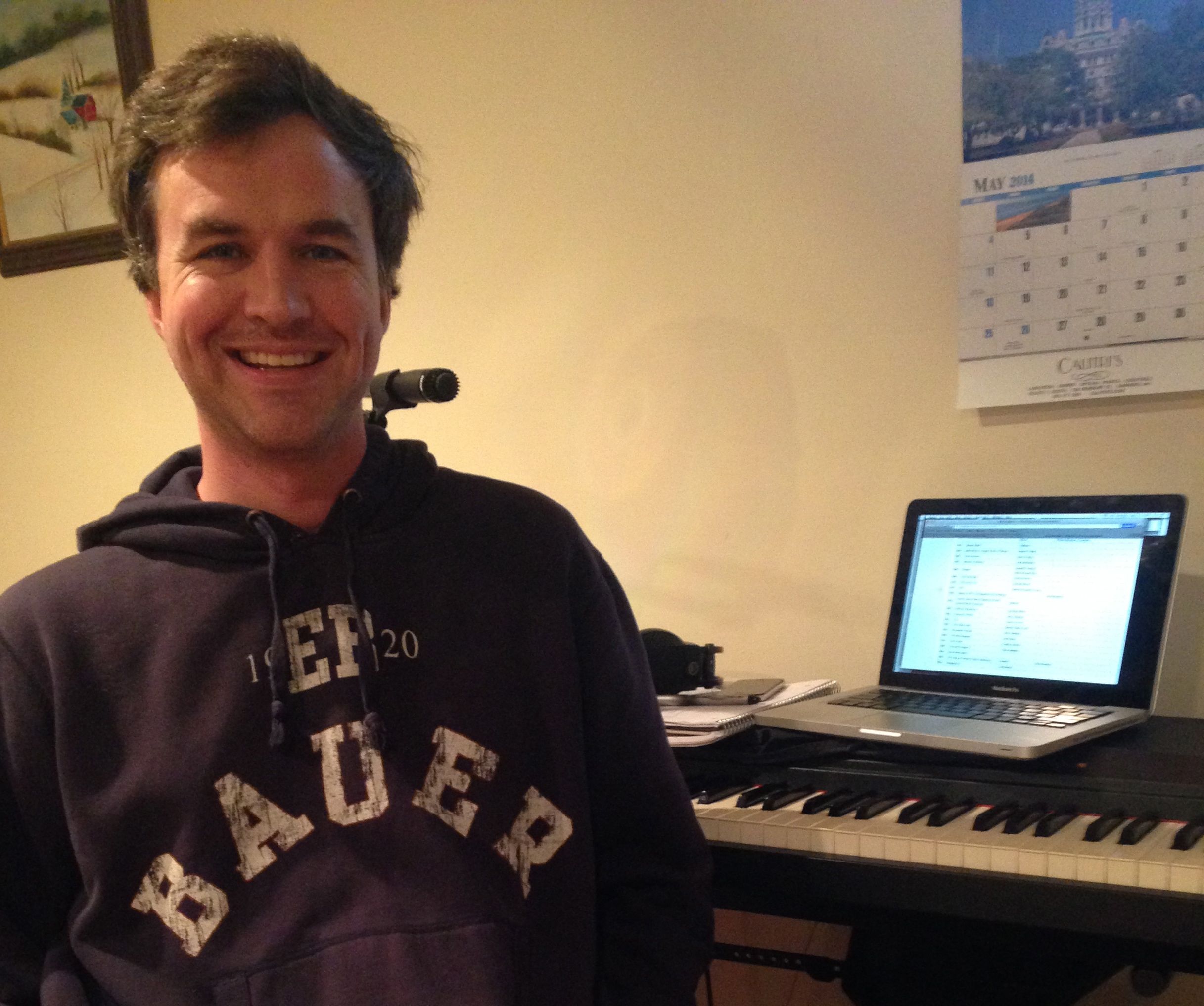 Matt Farley has no shame about the tacky strategies he uses to attract listeners.

"I do sports bands," Farley says. "Every few years I have to do a new New York album because, say, Jacoby Ellsbury signs with the Yankees."

Mid-conversation, Farley's phone begins to ring and, for a moment, he becomes incredibly excited, before concluding it's just a friend calling. Disappointed, he had hoped it was one of his "fans" reaching out, which he says occurs about once a day. You see that's the sort of thing that happens when you put your personal cell phone number in one of your songs.

"School vacations you get more. At the end of school vacations, kids are bored and they start searching 'Poop Song,' and they say, 'Oh my god, the guy's phone number's here.'"

He played me a few of his messages, which range from polite admiration to raucous sing-a-longs to his own tunes. Most of the calls are complimentary, he says, even if some contain a measure of sarcasm. Farley will pick up at all hours of the night, unless his wife or child is asleep nearby. Later, he pulls up a fan text and reads it aloud. The message contains the word "ass" in it, but Farley, with unfailing politeness, skips over it, either because he doesn't approve of swearing or because he wants to protect my virgin ears.

Matt Farley might be the nicest person I have ever met.

After introducing me to his wife, Elizabeth, their six-week-old son, Thomas, and his favorite pizza place in Danvers, Farley and I retire to his basement studio. The equipment required to be Spotify's number one "music spammer" is simple: a TASCAM digital recorder, a keyboard, a microphone, and a seemingly endless supply of Cherry Pepsi.

On the day I arrive, Farley is working on another "celebrity album." His process goes something like this: He sits down at his keyboard and pulls out a list of actors written down on paper, from Spencer Tracy to Vincent Price to Bela Lugosi. He begins with Tracy, pulling up the actor's Wikipedia page on a laptop and skimming it for no more than a minute before hitting record and making up the song in real-time. It's no Beethoven's 5th but there's a certain charm to it, I suppose:

Unsure of Spencer Tracy's ability to attract clicks, I suggest that maybe he could write about middling B-list celebrities who are probably Googling themselves constantly. He takes that idea into consideration.

After listening to him write a few more celebrity anthems, I finally get up the nerve to ask him to write a song about Pando. Less than five minutes later, the song is done:

I feel honored. And unlike most of his tracks, the Pando song even rhymes a little bit.

$23,000 isn't enough to support a family, so when Farley isn't belting out stream-of-consciousness tunes about Justin Bieber's flatulence or chocolate chip cookies covered in mayo, he works at a place you might not expect from this purported "Spotify spammer": a group home for teenagers. The pay isn't great, Farley says, and so the cash he makes from his music is a huge help, especially now that he has a child. That leaves four hours a day, four days a week, to spend writing and recording songs. At $23,000 a year for only 16 hours of work each week, that's not a bad gig and beats what most struggling musicians make.

With everyone from obscure local talents to superstars like Thom Yorke complaining that royalty payments from online platforms are insultingly low, it's telling that one of the few ways to make a living as a musician in the digital age is to flood platforms with as many songs as possible, paying little regard to quality, and giving them goofy, clickable, search-optimized titles. Put this way, Matt Farley is essentially the "Upworthy of musicians."

But while that label is not unfair, per se, it doesn't tell the whole story of Matt Farley.

As early as the late 1990s, years before the iTunes Store even launched, Farley solidified this fast-paced, prolific approach to songwriting as part of the Manchester, New Hampshire band, Moes Haven. While those songs, written with bandmate Tom Scalzi, were far more earnest than his recent scatological fare, Farley always took an idiosyncratic approach to songwriting. In 2002, for example, he recorded a 24-hour-long album that was never even released.

Then in 2006, prior to the rise of his Motern Media empire, he embarked on an "album-a-day" project, recording 30 minutes of music every day for a year. Farley, a paragon of unfailing honesty, feels compelled to admit that some days he'd record an hour worth of music and would count it toward the next two days.

"And I'd feel guilty about that. Isn't that crazy? The integrity of our stupid project!"

And finally there's Matt Farley the filmmaker, who wrote and starred in three batshit insane horror movies: "Freaky Farley," "Monsters, Marriage and Murder in Manchvegas," and "Don't Let the Riverbeast Get You." The best point of comparison for these films is the lovably terrible cult classic, "The Room," directed by the modern day Ed Wood, Tommy Wiseau. Again, Farley's strange sense of integrity shines through here -- despite the movies' lack of professionalism and intentionally (according to Farley) bad scripts, he insisted on shooting the first two films on 16mm film.

"It came to $30 for every minute that we shot, and so we did not encourage second takes," Farley says. In fact, the cash he earned during his first couple years writing micro-songs on iTunes was sucked up by these projects.

Contrary to Farley's image as an online spam artist, there were no micropayments or royalties at stake when he pursued these early music projects and films. The work seems to have come from a genuine desire to surprise and defy expectations -- no matter how small the audience.

"Nobody cared," Farley says, not bitterly, but as a matter-of-fact observation. "I'm not popular now and I was even less popular then."

The only difference now is, Farley's using the Internet to convert that frenetic creative energy into a little cash, allowing him to better provide for his family and make a modest (if not entirely honest) living doing what he loves. "That's what the songs are for: to delight and confuse people who accidentally find them. And I make a couple pennies."

The future of Matt Farley's career may be even weirder than what's come before. He plans to write 3,000 songs with Scalzi for one final Moes Haven album, tentatively titled "Several Supreme Beings Told Us To Make This One Last Album." He's also working on a script for a buddy comedy called "Slingshot Cops" starring him and his father. (Farley has finally relented and will shoot his next film using a DSLR camera instead of 16 mm film).

And, of course, he'll continue to expand his library of "stupid songs about poop and celebrities," in hopes of doubling his revenue over the next few years. As for his next topic?

"I might want to do an album about office supplies."

[Photos and video by David Holmes for Pando]