VICE may take over HLN in a potential $2.2B deal. But can anybody convince millennials to watch cable news?

According to reports by the Financial Times and Sky, Shane Smith's "heroic-chic" journalism empire VICE (which has referred to itself as the "Time Warner of the street") is in talks with the actual Time Warner to sell roughly a 50 percent stake to the media conglomerate. In return, Time Warner would unload cable news also-ran HLN (formerly Headline News) onto VICE. The deal reportedly values VICE at $2.2 billion -- that's $0.8 billion more than the $1.4 billion valuation it posted last August when News Corp bought a five percent stake in the company for $70 million. The Financial Times report claims that VICE could be worth as much as $3 billion, according to sources, because why not. My cat thinks it could be worth $4 billion so there you go.

The merging of HLN and VICE may sound like the strangest part of this deal. After all, HLN's biggest ratings come from the seething, batshit-crazy Nancy Grace and her sensationalist coverage of young women accused of murder. (Grace's hashtag lexicon is something to behold, including gems like #MurderForPizza and #TooFatToKill). But last February, the cable news network announced it would dramatically reinvent to target millennials -- and so far, the results have been less than inspiring. Right now the number one story on HLNTV.com is "8 celebs who transformed their faces with bangs!"

By allowing VICE to take the wheel, known as it is for investigative journalism both here and abroad, it can put the "news" back in "news for millennials." The question is, can anyone convince youngsters to watch cable news?

According to Pew, in 2012, only 23% of viewers aged 18-29 said they regularly watched cable news -- and that was during an election year. Even in 2008, when the junior Senator from Illinois, Barack Obama, enchanted the youth of America, that number was only 36%. Millennials never watched much cable news, and today even fewer watch than ever before. 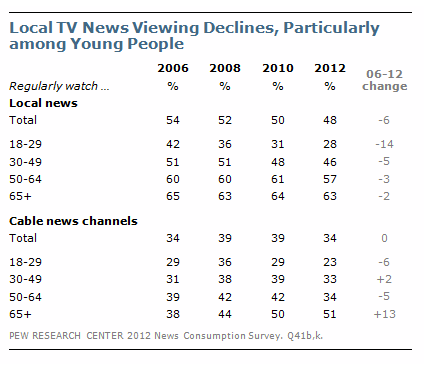 One possible explanation for the drop in cable news consumption is that kids spend more time online and less time watching television. But when young people are online, they spend far more time on video hosting sites like YouTube than on news sites: 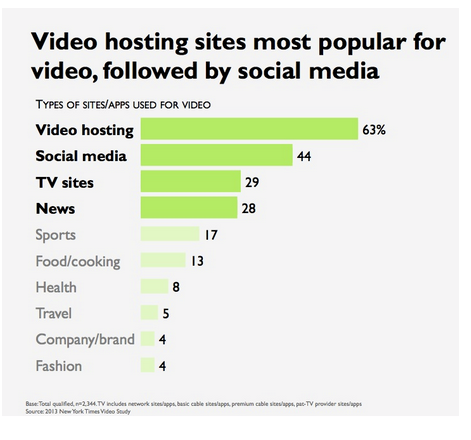 This data suggests that the deal may make less sense for VICE than it would for Time Warner, which has struggled to lift HLN's ratings to a place where they consistently compete against MSNBC and CNN (they don't even stand a chance against Fox News). VICE already has enormously popular YouTube channels, which is where millennials are most likely to go to watch videos -- would having a cable news outlet simply be like screaming into the abyss?

While hardly as hip as VICE, Al Jazeera America had a significant amount of pedigree and reputation when it launched its cable news network in August of 2013. But as of last April, it only averaged 15,000 viewers in primetime. By comparison, Fox News regularly averages over 2 million primetime viewers.

Of course the flipside of that argument is that this is an untapped market, and if anybody can convince millennials to turn on the TV, which still attracts far more advertising dollars than the Web, it's VICE.