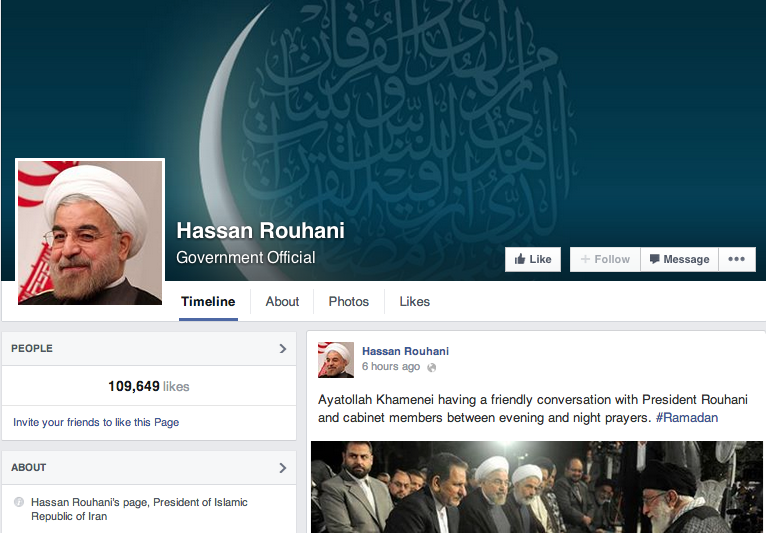 The IRNA news agency reports that Iran has sentenced eight Facebook users to a combined 127 years in prison for "propaganda" posts that, according to the court, insulted and slandered the country's leaders. This comes just a few weeks after the same court handed down a combined 123 year sentence to eight other Facebook users for charges including insulting the country's Supreme Leader Ayatollah Ali Khamenei.

These rulings come at a mixed time for Iran's relationship with technology. Iranian President Hassan Rouhani and other members of his administration are very active on Twitter -- one of Rouhani's tweets even made history, revealing he had shared a phone call with President Barack Obama, the first direct communication between an Iranian and American president since 1979. Pando contributor Christopher M. Schroeder has written at length about the country's burgeoning startup scene, and the advantages Iran offers to young entrepreneurs as a technologically-savvy yet largely untapped market in areas like ecommerce.

But as researcher Collin Anderson told me last November, Internet censorship is alive and well in Iran, both in the form of traditional keyword and URL blocks and more subtle forms of censorship, like when the government artificially throttled the Internet speed down to 70 percent ahead of the most recent presidential election.

While many members of Iran's leadership still associate social media with activist groups like the Green Movement, Anderson told me most Iranians do not use Twitter or Facebook to spark political upheaval. “Iranians are a technologically savvy population,” Anderson says. “They’re connected, not necessarily for political purposes, but because they want to talk to their family and friends.”

Although Facebook and Twitter, along with almost fifty percent of the world's top 500 most visited sites, are blocked in Iran, around thirty percent of the population reportedly accesses the Internet through circumvention tools like proxies or Virtual Private Networks (VPN). Such a high avoidance rate makes it difficult to enforce the bans, which is why Iran has taken a largely laissez-faire approach to doling out punishment to average social media users who use it to post about, say, the World Cup.

That said, the content Iran deems to be unacceptable is not always easy to predict. In May, six Iranian youths were arrested for dancing to Pharrell Williams' hit song "Happy" in a YouTube video that went viral. (The three men and three women were released the following day). Furthermore, the aggressive stance taken against users who post about the Iranian government proves the country still wields a great measure of control over how its citizens use the Internet.