The inevitable "Uber for pot" app is here

Silicon Valley is littered with "Uber for X" companies. There's "Uber for alcohol," "Uber for babysitting," even "Uber for massages."  With marijuana, both medicinal and otherwise, being legalized all over the country, it was only a matter of time before somebody launched an "Uber for marijuana."

And so we have "Eaze," an app launching today that allows patients to order medicinal marijuana within minutes on their smartphone. Perhaps more surprising than the existence of the app is its pedigree -- Eaze's founder and CEO is Keith McCarty, a former executive at Yammer, which sold to Microsoft in 2012 for $1.2 billion. Eaze also staffs a number of executives with a history in health-care.

Although the existence of Eaze feels almost inevitable culturally-speaking, from a health-care perspective marijuana is one of the most difficult drugs to deliver on-demand, says McCarty.

"Of all the newer medications to market, marijuana is one of the most complex to deliver," McCarty tells me, with both a wide variety of products, some more potent than others, and a verification process that must be repeated for every dispensary, unlike more traditional medications that can cross-check your eligibility from pharmacy to pharmacy in a matter of minutes. Eaze automates the process allowing users to shop for exactly what they want via mobile app and have it hand-delivered by a "professional caregiver" often within minutes. 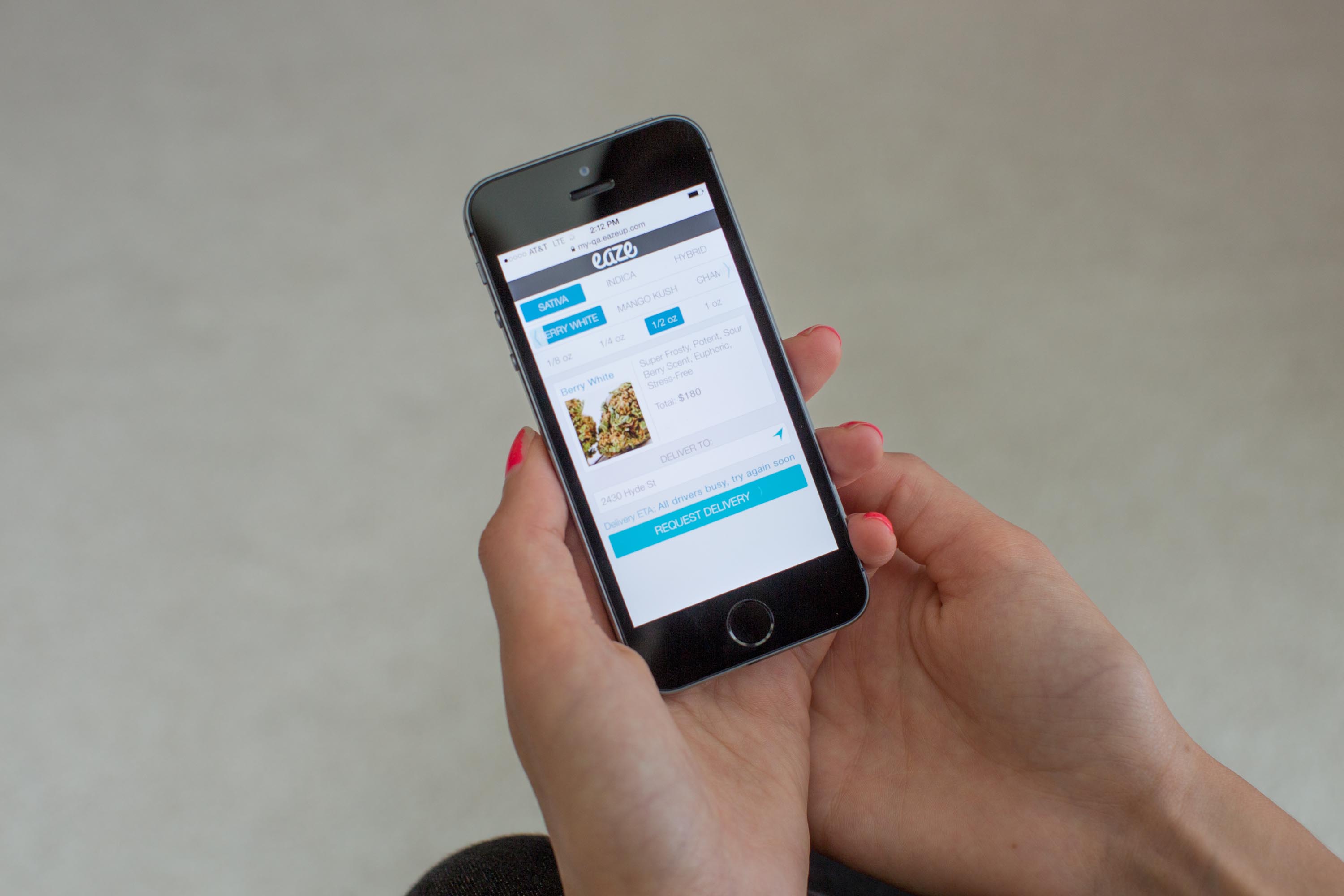 "Legal issues aside, the process of acquiring medical marijuana can be slow, cumbersome and unpredictable," McCarty adds. "Usually the patient has to manually search several dispensaries each time they order because stock often varies. Verification of medical eligibility can take 24 hours and has to be repeated with each dispensary. Eaze’s technology automates all of that so patients have a consistent, comfortable experience."

Eaze is launching only in San Francisco today, but plans to expand to states like Colorado and Washington where marijuana is legal not only for medicinal use but recreational use as well. And indeed, while the app has branded itself as a healthcare service, the "medicinal" distinction in California is somewhat arbitrary. When I lived in California, I had plenty of friends with medicinal marijuana cards, and none of them had cancer, Crohn's disease, or glaucoma -- their ailments were far more vague like "headaches" or "stress." Make no mistake, medicinal marijuana in California is basically de facto recreational marijuana.

As a company working at the nexus of mobile on-demand delivery, which has its own set of regulatory challenges, and marijuana, which has a precarious legal standing where it is allowed at the state level but barred federally, Eaze will face its share of scrutiny. Add to that the safety issues surrounding health-care and this is a regulatory hornet's nest. But McCarty says his team spent months ensuring that Eaze complies with all local laws -- This isn't some fly-by-night "disrupt now, ask questions later" startup.

"The biggest hurdles for us were making sure our logarithms enable compliance with all regulations impacting our business model," says McCarty. "As you can imagine, there are a lot. While regulatory challenges will continue to work themselves out, we will work within the present laws in all of the states we serve."

With even the stately New York Times editorial board calling for its legalization, marijuana is experiencing unprecedented widespread acceptance. And with experienced professionals on board from both the software and health-care industry, Eaze is uniquely situated to capitalize on what is undoubtedly, no pun intended, a total growth industry.