Even if SketchFactor isn't "racist," it encourages mockery of mental illness and poverty

Remember GhettoTracker, a tool that allows nice, law-abiding non-"ghetto" families to pinpoint and avoid the most "ghetto" parts of town?

When GhettoTracker launched, I called it "the worst site on the Internet," and had hoped it would be the last time I'd have to think about an app which exists only to stoke yuppie fears of anything outside their normal mayonnaise-on-white-bread routine.

Today, however, a new app of its kind has launched on the App Store that's just as problematic, but with a bit more subtlety, and therefore more insidiousness.

It's called SketchFactor, and it invites users to post "sketchy" sightings on a map so people can alternately avoid, or mock, anything remotely interesting in their city. 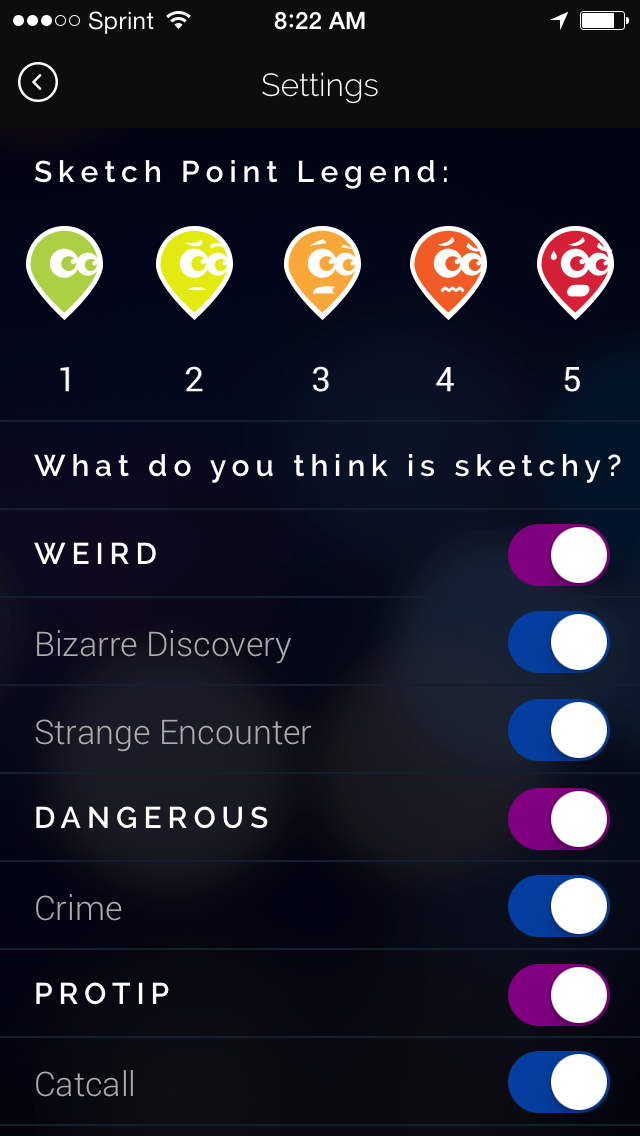 “I launched SketchFactor because I was sick of getting caught in seemingly sketchy places and not knowing where to go,” says co-founder and CEO Allison McGuire on its launch page. And while the app assures users that it can be used to report all manner of untoward behavior, including "racial profiling," the subtext of the app clearly equates the behavior of "non-norms" to a lack of safety.

Even assuming a lack of racial bias on the part of users, SketchFactor is a channel for ridiculing very real instances of poverty or mental illness. One example the company cites is, "Guy dancing in street. Seemed friendly…no pants. SketchFactor: 2." If nothing else, the app has tapped into a bizarre tendency I've observed among men and women of a certain income bracket. The other weekend I was in New Orleans and noticed a trend of people taking pictures of the homeless. There was a time when the sight of homeless people might compel someone of means to hand them some change or some food. Now the reaction is to exploit their pathos for Instagram likes.

At worst, SketchFactor will encourage users to make assumptions based on racial signifiers. The cofounders of course deny any racist intent, writing, "Who we're not: racists, bigots, sexists. Any discriminatory posts will be deleted." Come on. Whenever people feel the need to say, "I'm not racist," there's a good chance what they're doing lies at the very least on the outskirts of racism.

Dumb apps launch every day -- I received about a dozen pitches for dumb apps in my inbox just over the past 24 hours. But unlike GhettoTracker, which had a design motif that could be charitably described as "GeoCities-esque," SketchFactor is an extremely slick application. It's even a finalist in the NYC BigApps competition, standing to earn $20,000 with a victory.

There's nothing inherently wrong with an app that notifies users of unsafe areas. But why not use public crime data? That's a far less biased and more accurate indicator of how safe a neighborhood is. I'm sorry but the crowd can't really be trusted to make these determinations with any semblance of empathy or even accuracy -- after all, one GhettoTracker user labeled the stroller-friendly NYC neighborhood Park Slope as "ghetto."

I'm not saying no one's ever been mugged in Park Slope -- anything can happen anywhere. But that's all the more reason we should take these crowd-based safety recommendations with a grain of salt. And as such, SketchFactor is yet another example of how "The Wisdom of the Crowd" ends up looking a lot more like "The Stupidity of the Mob."