Today a company known for wage theft and endangering factory workers in China debuted some shiny new things for customers to buy. And as is always the case with these events, social media feeds during the big unveiling were filled with journalists and consumers sharing their excitement for the new wares.

However something was different this time around. For years, Apple has livestreamed the event for the world to watch, but on this occasion it also incorporated social media content into a stream displayed below the video. This stream included tweets from journalists like Bloomberg's Josh Topolowsky and the New York Times' Farhad Manjoo. 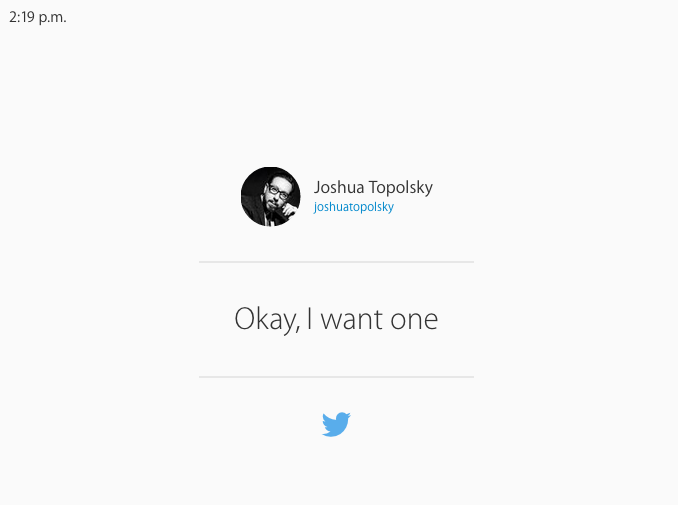 It's a brilliant piece of free marketing and something I'm almost surprised Apple hadn't thought to do before. It also illustrates the company's desire to control the messaging around its product launches and, judging by the number of journalists whose effusive adoration of the watches and slightly bigger phones bordered on sexual, its efforts are working. 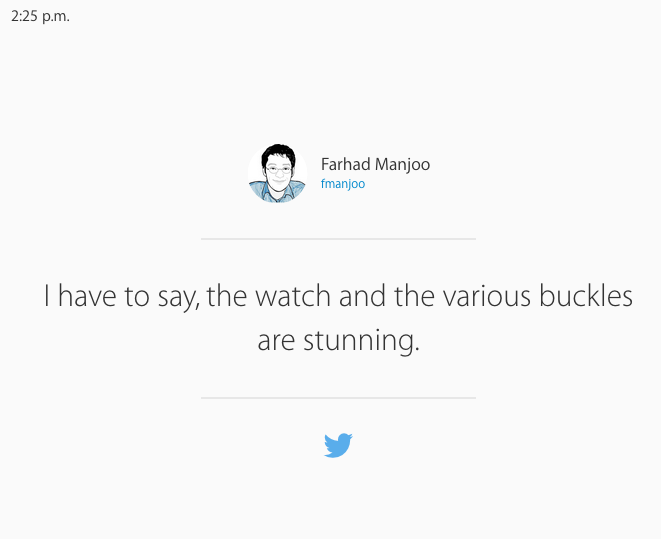 I can't blame Apple. From movie posters to television ads, journalistic praise has always been repurposed into a company's marketing schemes to help it sell more products. And for journalists, there's certainly nothing wrong with giving credit where credit's due.

But Apple's clever gambit also reveals how so much of tech journalism is really "gadget journalism" -- and how big, increasingly powerful tech firms are using that to their advantage. Most observers were either offering empty snark or breathless enthusiasm for the new toys, while few had much to say about, oh, the smiley face Steve Jobs sent in an email to signify approval after learning he had destroyed a low-level Google employee's life, for example. 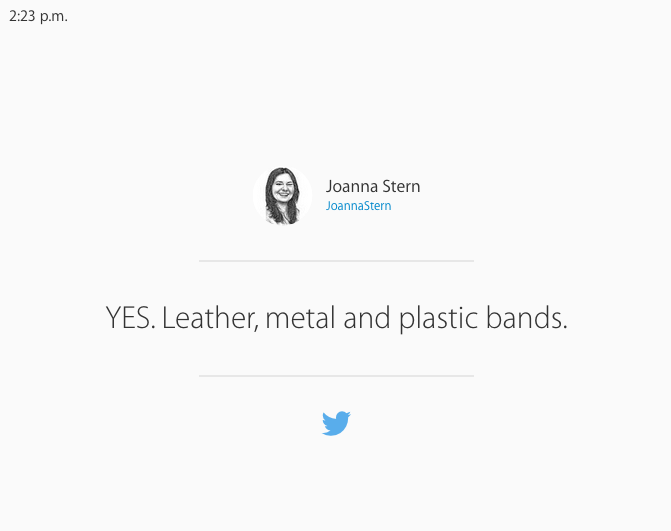 I'm trying not to act all "holier than thou" about this. I respect many of the journalists featured on Apple's social stream, some of whom have been very critical of Apple in the past. Furthermore, as a consumer, I own an iPhone and a MacBook. Nor am I trying to pile on Apple -- like many Americans I use at least a half dozen Google products daily despite that company's ties to anti-climate change interests and shady military contractors. And it's not just tech companies -- I also watch "Fargo" on FX despite that channel being a subsidiary of News Corp, a media conglomerate over which I have a host of ethical concerns.

But as concerned consumers weigh and wrestle with these ethical compromises, it's the job of tech journalists to keep them informed of some of Apple's more unseemly business practices. Some might argue that a company's big product launch event is neither the time nor place to call out corporate misdeeds. But on the day when Apple pulls out all the stops to convince consumers to give the company millions of dollars for its products and to convince journalists to light the lantern for these buyers, that's exactly the time to do it.