For the first time, high schoolers care more than adults about the 1st Amendment

We've said it once and we'll say it again: The kids are alright. 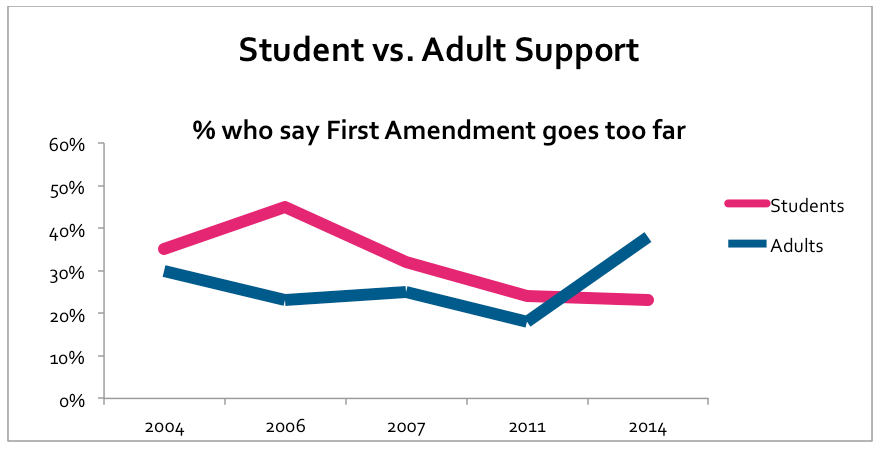 The Knight Foundation then broke this support down, asking high schoolers if they think people should be allowed to express unpopular opinions -- 88 percent said yes, compared to only 76 percent in 2007. The number of high schoolers who think journalists should be allowed to publish freely without government approval of a story is only 61 percent, but that's still an increase over the 51 percent of students who felt this way a year ago. 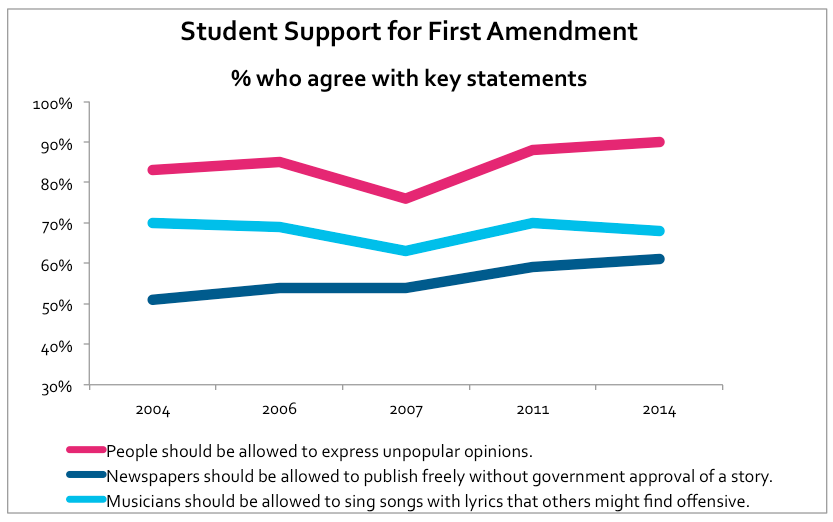 Pew's data only goes back to 2004 so it's hard to know if this is a return to normal in the wake of post-911 1st Amendment bashing or a true surge unique to this generation. In any case, this study is yet another reason to have faith in future generations.