Thanks to the Apple Watch, is the time finally right for a "Twitter for audio"?

Many companies have tried to build a "Twitter for audio" app without achieving much widespread adoption. There's Audioboo, Spreaker, and even SoundCloud tried to position itself a couple years ago as a place for everyday people to upload short audio messages to share with friends and family. SoundCloud has since refocused on its core users - musicians - and is doing just fine..

So when I heard that yet another "Twitter for audio" app was launching today, I was skeptical. If SoundCloud couldn't do it what makes some new upstart think it can take this market on? Is there even a market for this? Do people really want to send audio clips of themselves saying "Happy Birthday" to their friends when it's so much easier to just text it or put it in a Facebook post?

But after talking to Yammer cofounder Alan Braverman about his new project Sobo, the time may finally be right for a social network based around amateur audio creation -- And it's all thanks to iOS 8 and the Apple Watch, he says. 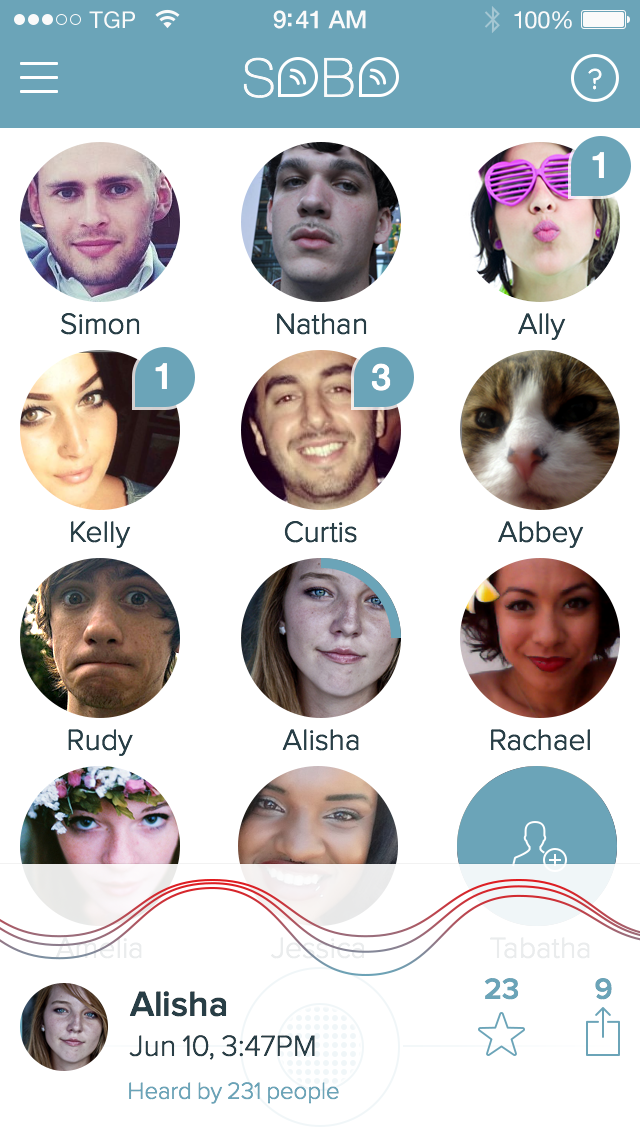 "We believe there's some renewed interest on using the microphone on the iPhone," Braverman says. While iOS has long allowed users to speak into the iMessage app and transcode a message into text, iOS 8 now allows recipients to lift the phone to their ear and hear the message.

Furthermore, Braverman sees great potential in using the Apple Watch to send messages. Because there's no keyboard, these messages will be submitted via the device's built-in microphone. Just as Vine's and Instagram's success was tied to improvements in the video and photography functions of our devices, so too will audio-creation apps benefit from the increased attention Apple's paid to its microphone, Braverman thinks.

It's possible, however, that the real thing holding back social audio apps has nothing to do with technology -- it's that people are weirded out by the sound of their voice. As much as social networking feeds into users' narcissism, there's a flip side to our vanity -- using text is safer because we don't need to worry about how we look or how we sound, which can be a real source of anxiety. It's no wonder video chatting hasn't taken off like many expected. David Foster Wallace predicted this reluctance to reveal too much of ourselves over the Internet way back in 1996 in his book "Infinite Jest":

"Consumers perceived something essentially blurred and moist-looking about their phone-faces, a shiny pallid indefiniteness that struck them as not just unflattering but somehow evasive, furtive, untrustworthy, unlikable."

Braverman is sympathetic toward these concerns -- like most people, he never liked the sound of his own voice either, though as someone running an audio app he's gotten over it. That's why in future versions of the app there will be a number of voice-altering tools that will hopefully make people more comfortable hearing themselves speak. "I think of it in the same way that Instagram filters let you easily modify a photo," Braverman says.

Sobo is the first social media app to come out of Braverman's Giant Pixel startup studio. It follows a model of parallel entrepreneurship, which Michael Carney says is often a "fool's errand" in his piece on its launch. You might say the thing about building a "Twitter for audio" app. But sometimes it takes the world calling you a fool to build something really special.