Clickhole has become the best media criticism site on the planet. The subsidiary of the Onion began by largely lampooning the clickbait listicles and quizzes of sites like Buzzfeed and its Expanded Universe of copycat sites like Viralnova and Distractify. Recent highlights include "How Many Of These Smells Can You Identify?" and "8 Signs He's Cheating" (like "A hound barks thrice at dawn").

But the site has broadened its brutal satire to include just about every trope of the new digital media landscape. Recently they published an article called "Just Tags" which was... just tags, a brilliant send-up of publishers' emphasis and reliance on Search Engine Optimization, as well as the logical conclusion of the web's newfound tendency toward "simplification." (First we had explainers, then Circa-style one-liners, and soon it will all be just tags...). There was also "Just Thinking Out Loud Here, But What If Lana Del Rey Were Black?" a perfect parody of non-sensical thinkpieces -- Take any Thought Catalog post and add "Just Thinking Out Loud Here" before the headline and you'll see what I mean.

Today, however, the site outdid itself by launching Zylch, a social network with "no ads, pictures, words, colors, or content." 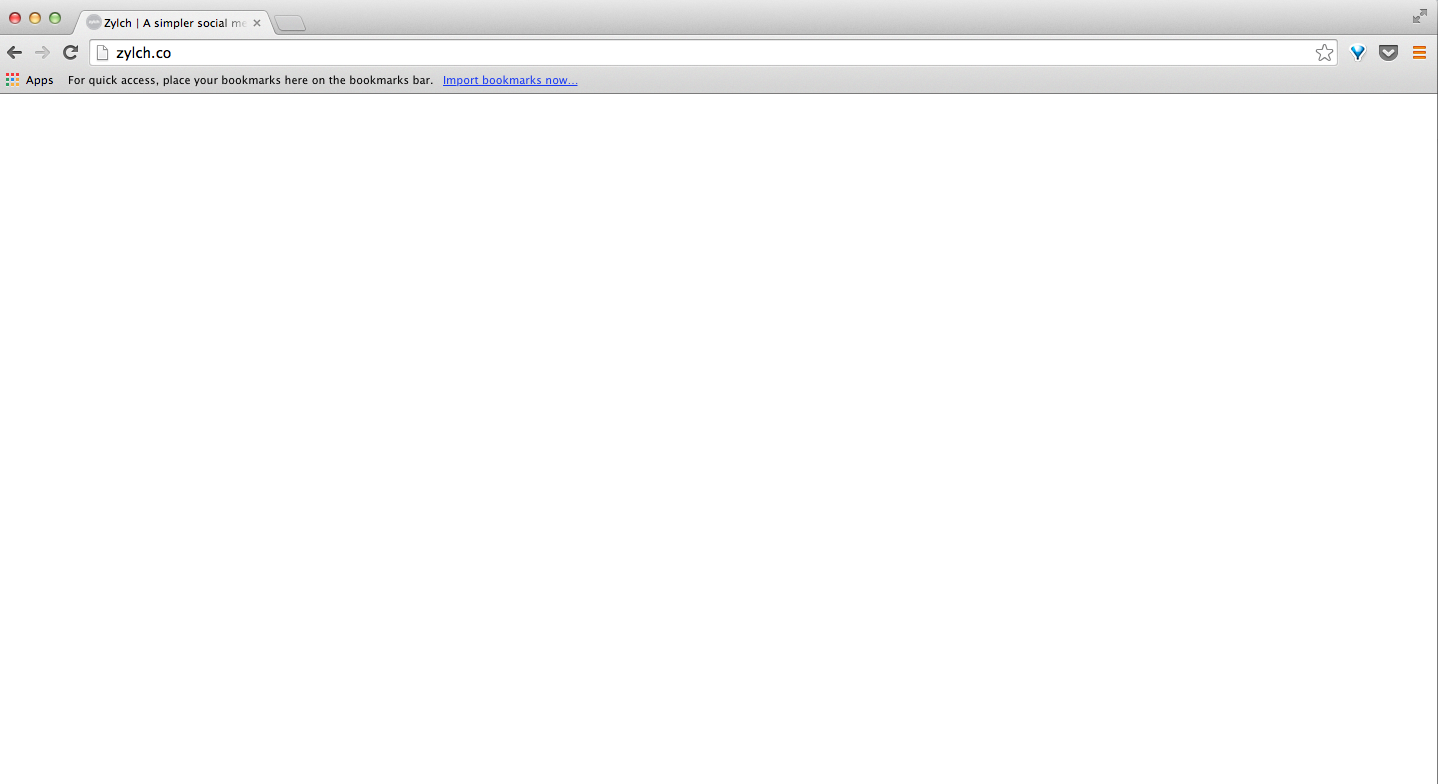 It's a clear reference to Ello, the ad-free social network that launched last month as an alternative to Facebook, proudly proclaiming that it would not sell its users out to advertisers like every other social site. Over the past couple weeks, users clamored for Ello invites. Journalists swooned. Never mind that every couple years a site comes along claiming to be a better, less toxic version of Facebook, like App.net or Potluck. (Remember those? I didn't think so). But such is the nature of digital hype cycles, informed by short memories and a love of catchy product manifestos.

There were plenty of critical takes that came in Ello's wake, but none of them captured the absurdity of the Ello hype like Clickhole just did. The truth is, people like the idea of a Facebook alternative so much that the actual makeup of whatever new site they're "flocking" to doesn't matter. It might as well be an empty browser page without a single line of code because nobody's actually going to use it anyway.

The reality is, creating a giant social network that can support a billion people without crashing takes money. And as a public company, Facebook can't simply rely on venture capital anymore to get it done -- that means selling ads. But if we want to live in a world with Facebook, or another free network like it, rather than denouncing this business model we're better off defining what we consider to be ethical uses of our data and what we don't. To simply abandon it for the latest hot startup to grab headlines makes about as much sense as staring at a white browser window.