With truckloads of venture capital, revenue, and site traffic, Buzzfeed has long been the new media outlet everyone loves to hate. Most of the criticism lobbed at Buzzfeed centers around the word "clickbait,"as editor-in-chief Ben Smith and his staff of millennial listicle enthusiasts are constantly accused of crafting irresistibly clickable titles to articles that inevitably fail to live up to their headline hype.

Last week, Jon Stewart became the highest-profile observer to voice this concern. Like many before him, Stewart invoked Buzzfeed as a stand-in for the Internet's clickbait problem. Considering that Stewart's opinions are hugely influential on Buzzfeed's core audience of millennials and post-millennials, Smith felt obliged to respond in an article called "Why Buzzfeed Doesn't Do Clickbait." His argument was that Buzzfeed's headlines are among the most straightforward in the world. Moreover, Buzzfeed is less concerned with convincing readers to click, and more concerned with convincing readers to share. Smith doesn't use this word, but Buzzfeed is essentially "sharebait," not "clickbait."

But just because a piece of content isn't "clickbait," it doesn't mean it's good. In turn, just because something is "clickbait," that doesn't mean it has to be bad. Slate, for example, writes incredibly compelling headlines that often make use of the much-hated "curiosity gap," in which a key individual or place is left out of the headline, thus begging the reader to click. The difference between Slate and, say, the notorious curiosity peddlers at Upworthy, is that Slate's articles are usually worth the click.

So you've got your clickbaiters ("You'll never guess who Katy Perry's dating now!") and the sharebaiters ("Tell your friends which Katy Perry song best describes you!") and both tactics can be used for good or evil. So with that in mind, drawing inspiration from New York Magazine, we made a matrix that charts clickbait and sharebait against quality journalism and garbage content. Let's hope it's The Only Thing You Need to Read to Understand Clickbait™. 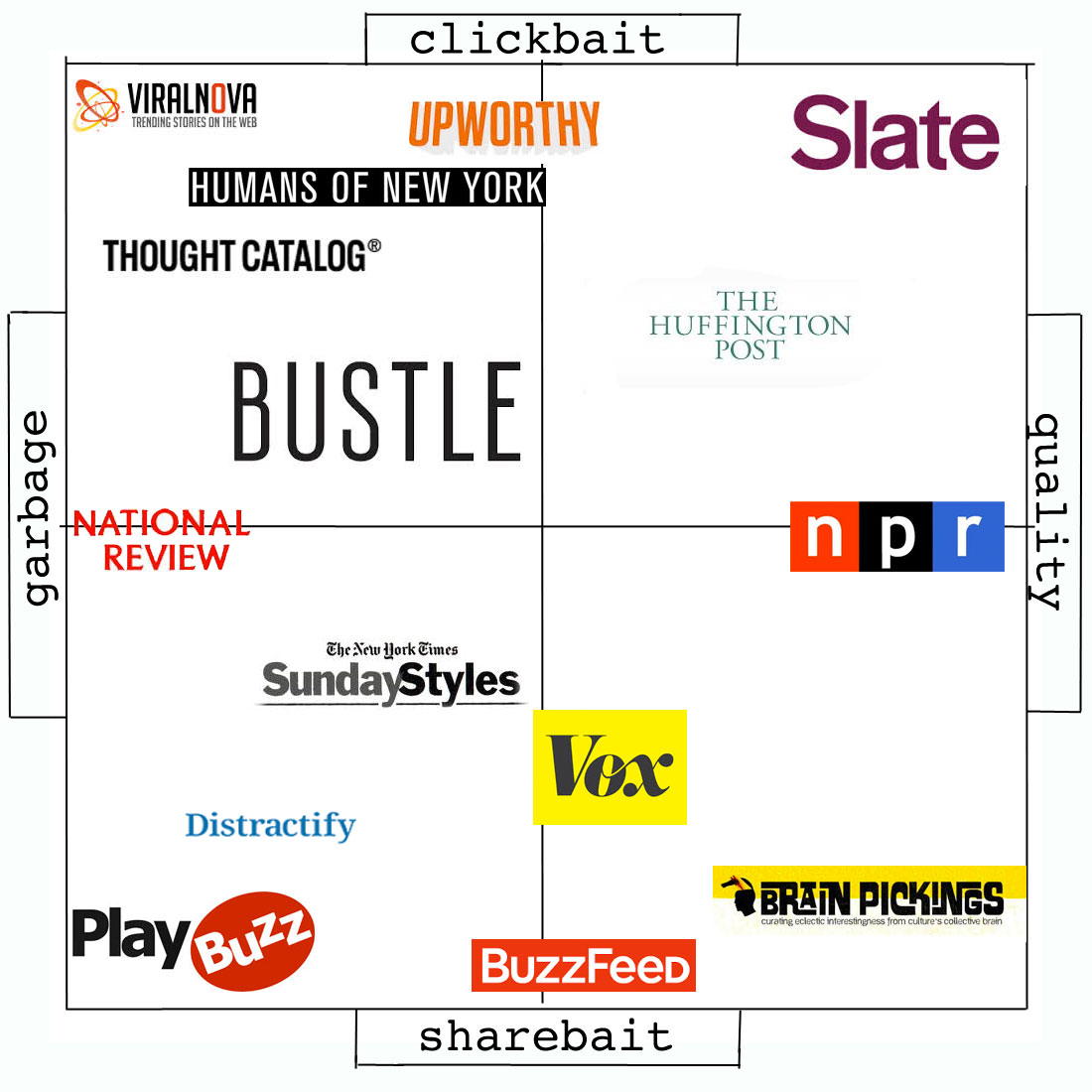