Thanks to Uber, Congresspeople are spending more than ever on rides

We all know Congresspeople spend a ton of cash. In fact, since 1998, Congressional spending on elections has nearly doubled, thanks in part to the controversial Citizens United Supreme Court ruling, which struck down spending limits for corporations and other organizations.

But while spending finally began to plateau during this past midterm election, there's one luxury Congress is dropping more cash on than ever before: Car rides. And it's all thanks to Uber. 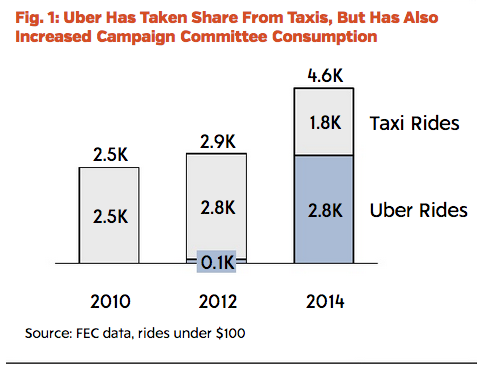 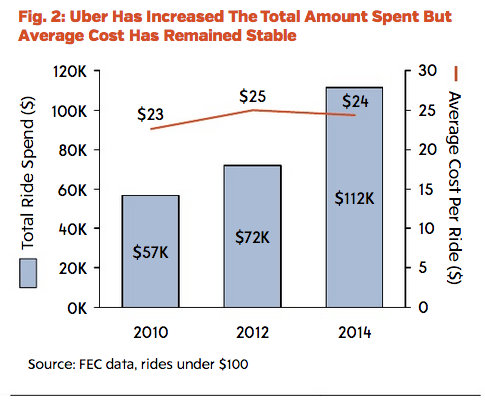 The report notes that there are possible regulatory implications here, as the people making the laws governing Uber are now also consumers of the product. That said, it also suggests the effect may be minimal:

"Members of Congress represent only a small portion of the total number of lawmakers across the country. Many of the regulatory decisions in this space are being made at the local level, not in Congress."

The report also theorizes that while Congress pays for far more rides since the advent of Uber, that's not necessarily an indicator of frivolous spending. It's possible that Uber has freed up aides who would otherwise be driving Congresspeople around to accomplish other tasks.

In any case, one thing's for certain: DC pols love Uber, as consumers at least. And if ridesharing ever becomes a subject of significant debate at the federal level, this slice of Uber's consumer base could go a long way.