On-demand fecal delivery (or "shit-tech") is one of the hottest sectors around. And leading the way is Shit Express, whose super-simple elevator pitch is that for $16.95, or 0.05 bitcoin, it will anonymously send a piece of shit to someone on your behalf.

Because we always aim to stay on the bleeding edge of emergent technology, Pando had to try out the service for itself. So one week ago, my colleague Michael Carney purchased a box of shit and had it sent to my address in Brooklyn. And today, I found in my stairwell a neatly gift-wrapped box from Slovenia addressed to "David F'ing Holmes" with this inside: 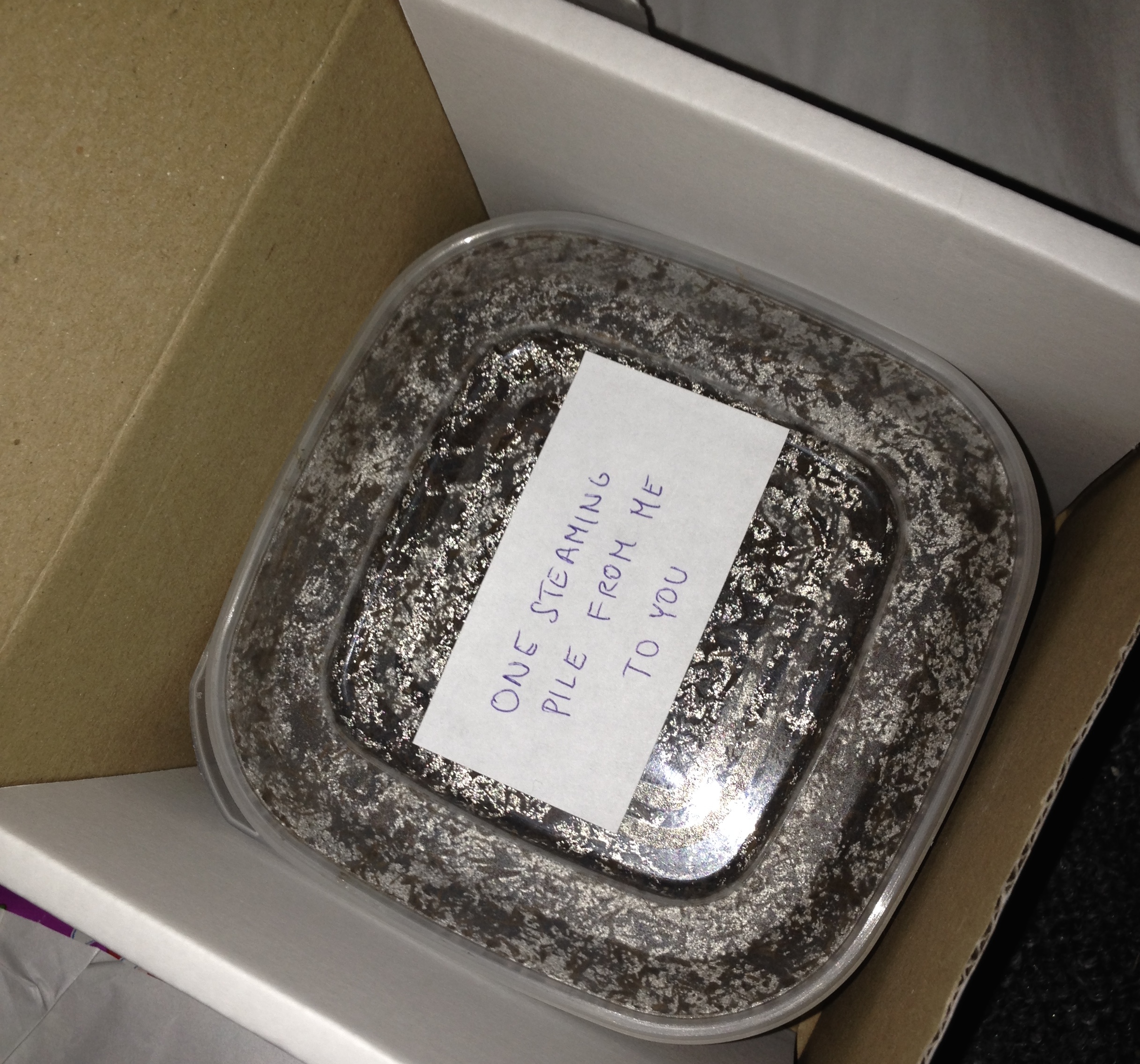 Note: I confirmed with Michael that he addressed it "David F'ing Holmes," meaning that the shit definitely came from him and not somebody I've legitimately pissed off.

It even came affixed with this wonderful message on the side: 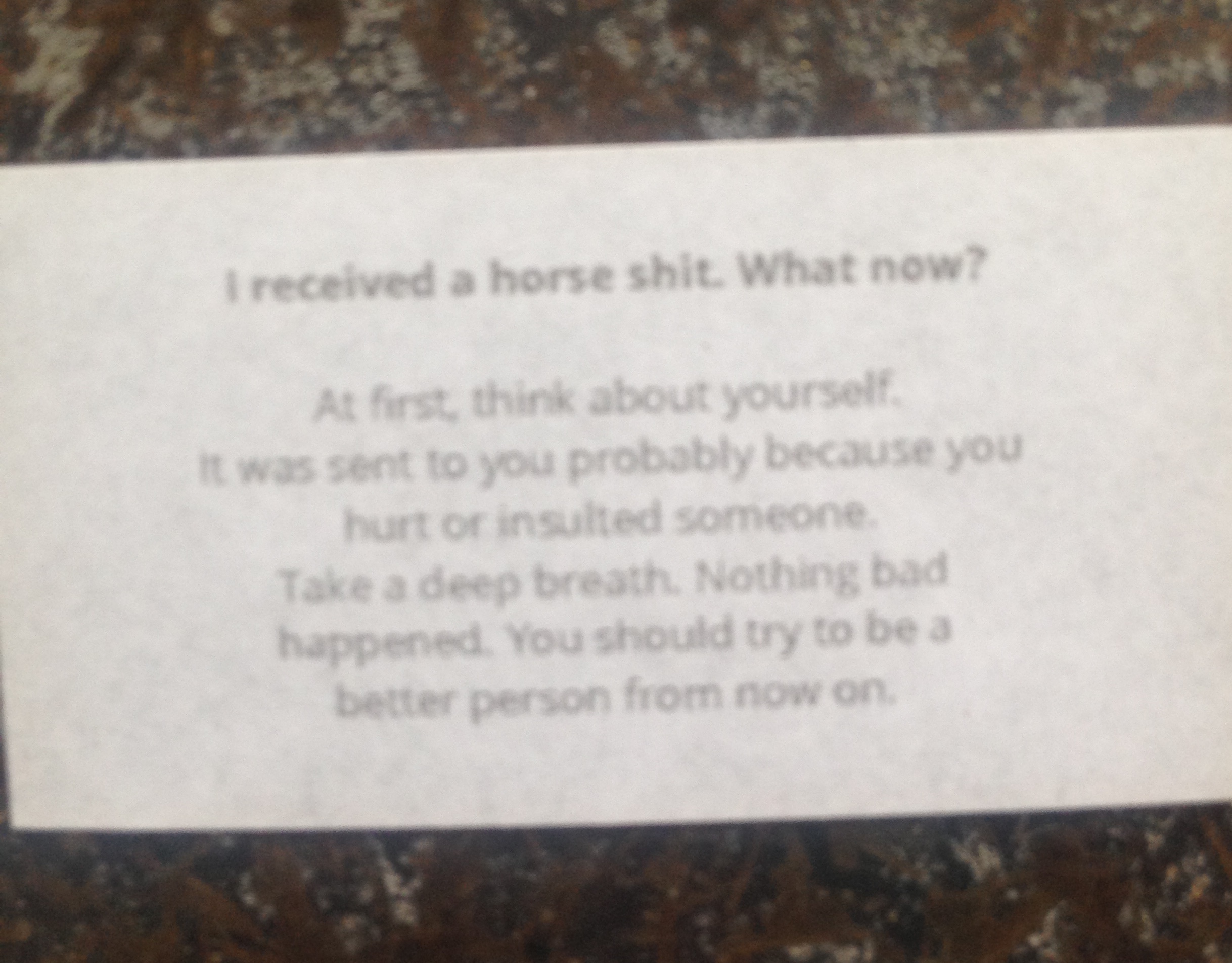 Now, what's the worst part of having a pile of shit delivered to you? Surely, the sheer indignity and disrespect that comes with receiving such a gift is enough. But the thing that makes shit so supremely offensive isn't just the fact that it came out of someone or something's asshole. It's the smell. And so I had to unseal the tupperware, not only to verify to the best of my ability that it really is shit, but also to determine how powerful an insult this gift really was. Here is a picture of me smelling the pile of shit. (Hey mom.) 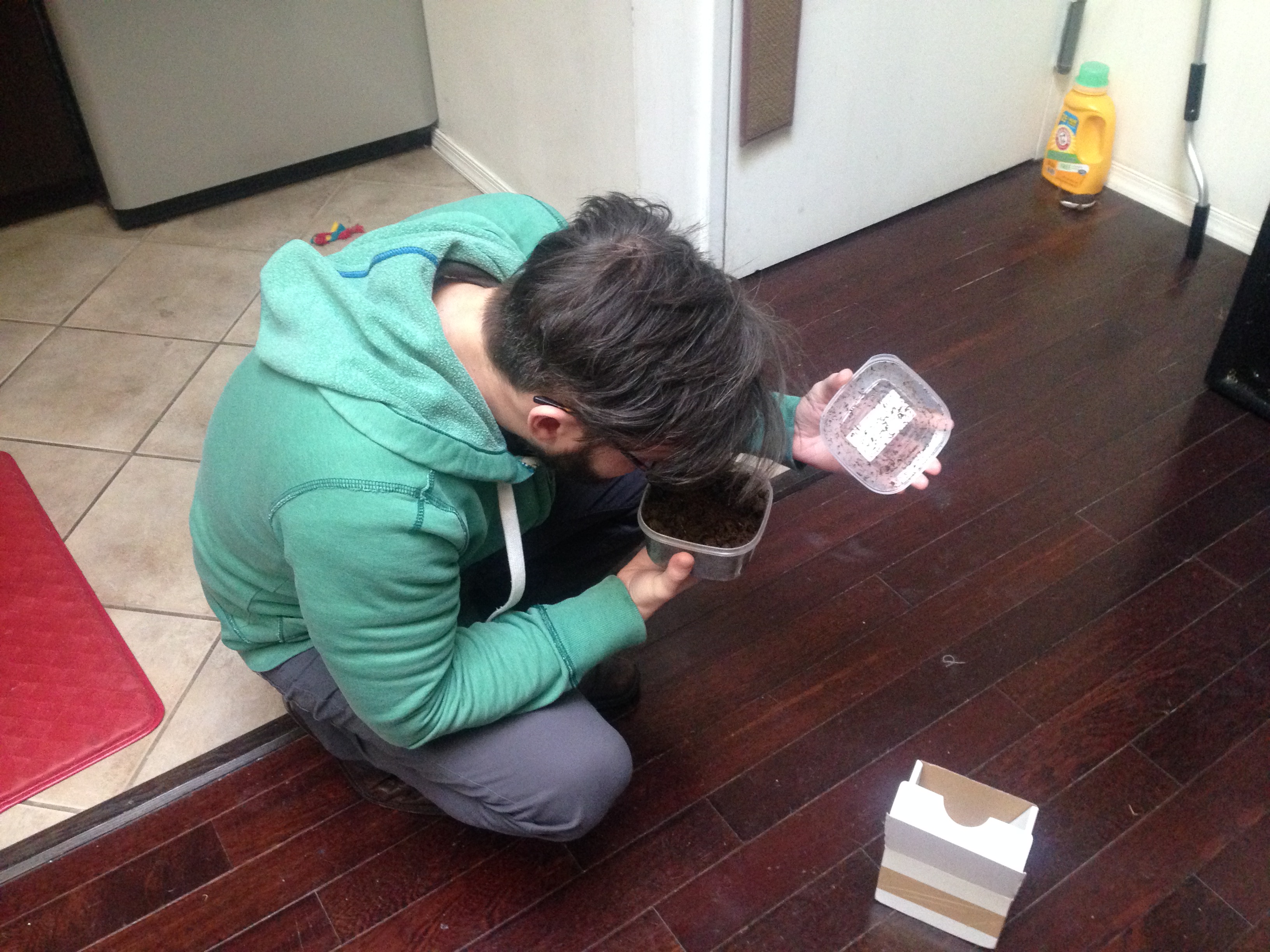 One sniff. Nothing. Hmm maybe the odor-causing chemicals and bacteria of the manure need a minute to steam off. Two more big inhalations and still nothing. According to other testimonials, the shipments gave off an appropriately unpleasant barnyard stench. It certainly looks like manure, and to be honest, it'd be a lot harder to fake manure than to just buy some from Home Depot or wherever. But it would seem that my delivery came from a bad batch of perhaps over-aged manure.

Which is fine by me, considering this was just a test run and no animosity was behind the delivery. But what if there had been? What if I really wanted to piss off someone who wronged me? And all my $16.95 got me was a pile of stale, neutral-smelling shit?

Shit Express does plenty of things right. The speed of delivery and the presentation are all great. But they may have a quality control issue on their hands, particularly when the website itself promises a "smelly surprise."

Shit Express, I expected better from you.