Well no, not really. But they do use Twitter to follow the news. Thus, the question is, which news organizations and journalists are most likely to followed by world leaders?

That's what Twiplomacy, a site devoted to how the most influential international figures use Twitter, tried to answer.

With the help of PR firm Burson-Marsteller, Twiplomacy found that @NYTimes was the most popular news source, with 22 percent of 647 world leaders on Twitter hitting the "Follow" button on it. @Reuters, @CNNbrk, @TheEconomist, and @BCCWorld round out the top five. Twiplomacy says it defined "world leaders" as "heads of state and government and ministers of foreign affairs and their institutions."

As for the most followed journalists, the top spot goes to CNN's Christiane Amanpour, who is followed by 69 world leaders. CNN's Fareed Zakaria placed second, followed by Nick Kristof, Paul Krugman, and Tom Friedman, all from the New York Times. As it happens, Krugman's Twitter account is literally just an RSS feed of his stories. Consider that a lesson, young journalists: all that time you spend conjuring snarky jokes about whatever's trending isn't going to endear you to Brazil's Minister of Foreign Affairs. (However, judging by the preponderance of NYT opinion columnists, spouting wild hackish generalizations that appeal to emotion over logic totally will). 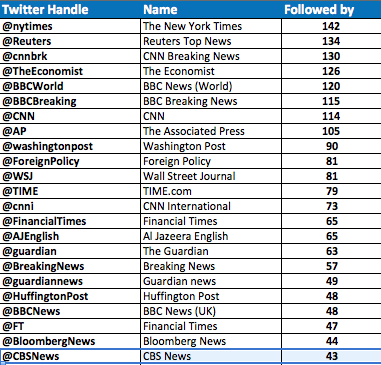 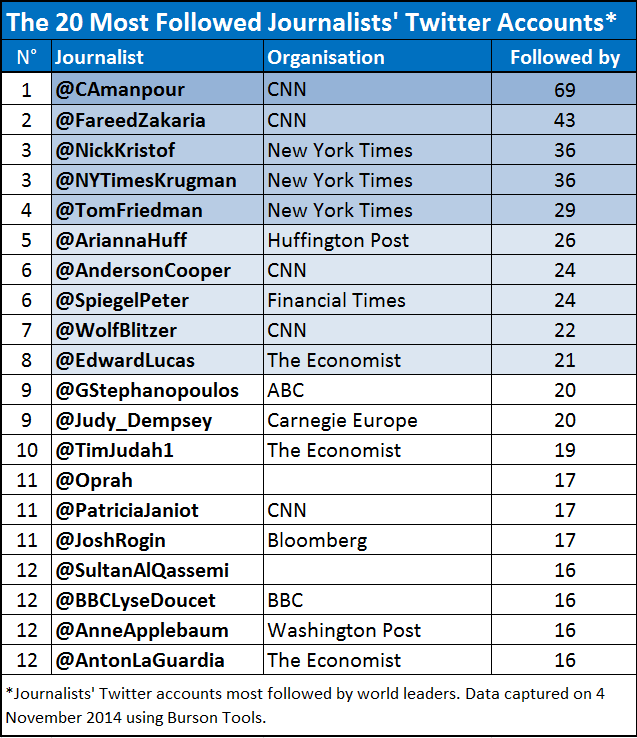