A reporter for tech culture site, The Daily Dot, reported on Anonymous for several months without disclosing his strong ties to the group, Pando has confirmed.

Reporter Dell Cameron has written over a dozen articles involving the hacker collective, including one about how Twitter had shuttered a hugely popular Anonymous account. However, Cameron failed to disclose to readers that, until May of this year, he was responsible for administering that same account, which describes itself as "a [s]ignal boost for Anonymous operations." At least half a dozen of Cameron's articles about Anonymous were published prior to the date he claims to have stepped down from running the @YourAnonNews account.

YourAnonNews has attracted over 1.3m followers, making it comfortably the world's largest Anonymous Twitter account. According to those with knowledge of the account, it is administered and written by a small group of contributors, with new contributors being approved through group discussion.

It was the @YourAnonNews account which threatened Pando over our coverage of Tor, calling Pando writers "scum" and demanding we be "reduced to hobos for life." That tweet was deleted after Pando received a tip suggesting that at least one contributor to @YourAnonNews may also be a leading Tor developer. Also shortly after the threat against Pando, one of the account's administrators, Andrew Blake, announced he was resigning, explaining that he had "becoming increasingly aware of drama I shouldn't/can't deal wit." [sic]

After I revised my question to ask whether he has any connection at all to the account, he changed his answer... 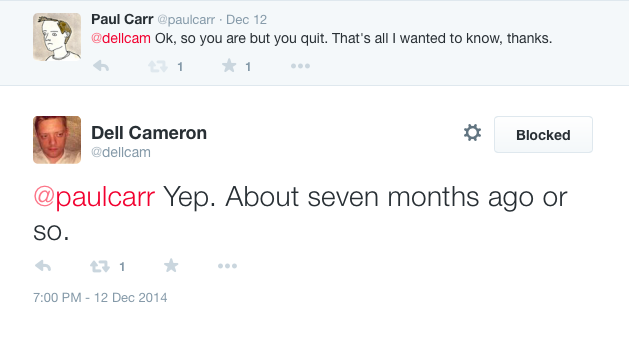 Bizarrely, he then demanded I apologize for asking whether he was still an administrator of the account and asked me to provide example of how being "a signal boost for Anonymous operations" might compromise his reporting on Anonymous:

However, a spokesperson for the Daily Dot confirmed that Cameron's involvement with Anonymous  should have been disclosed:

That was a simple editorial oversight and its been updated since then to reflect Dell's involvement in the past as an admin of the Twitter account @YourAnonNews... [T]hank you for making sure we saw that and took care of it...

The spokesperson included a link to one article that had been updated but, at the time of writing, other Cameron stories mentioning Anonymous still lacked disclosure.

That distinction seems to be lost on the members of @YourAnonNews... 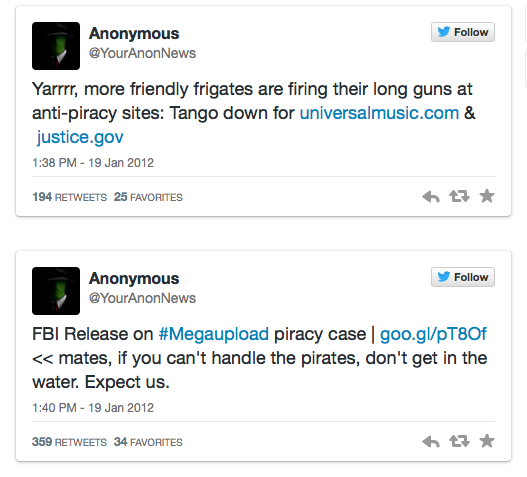 ..and even on Cameron himself. In his own reporting for the Daily Dot, he refers to @YourAnonNews as "the world’s most popular Anonymous Twitter account."