Rejoice! The War Nerd Dispatches is now available as an eBook and (100 copies only!) paperback

"It was a glorious fifteen months we had of it, too. I’ll always remember NSFWCORP with gratitude. I honestly liked everyone I met there, which is not exactly my usual response. I can honestly say that there wasn’t a dud in the entire outfit, and that is very, very rare.

Well, unless I was the dud, a possibility one must always consider. But you know, I looked over the articles I did for NSFWCORP, and to my surprise I got most things right. I’m not one of my biggest fans, and I was honestly surprised by that. Pleasantly surprised, obviously." - Gary Brecher Late last year, when NSFWCORP was still trying to stay alive as an independent magazine, we launched a crowdfunding campaign to support our journalism. One of the award levels involved us putting together a collection of columns by The War Nerd, our incomparable conflict correspondent.

Of course, since then, a lot has changed. NSFWCORP is now a proud part of Pando, and you can find the War Nerd's latest writing right here. But a promise is a promise: Supporters of the NSFWCORP crowdfunder received their eBooks a couple of months back and now -- finally -- the paperback is about to go to press!

Here, collected for the first time, are all of Gary Brecher's blistering War Nerd columns for NSFWCORP. 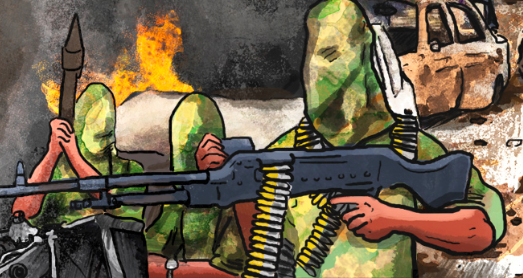 Featuring 50 full-length essays, reaching from Fresno to the Congo, via Syria, Saudi and all points between -- plus a brand news introductory essay. The striking cover is the work of Brad Jonas. It looks fantastic, and reads even better.

Originally, I was only planning to print enough copies to fulfill those already paid for. I don't have the energy to get back into the book business, and this isn't an official Pando project -- just a promise I made to NSFWCORP supporters that I was determined to keep.

But the curious economics of printing means it's not that much more expensive to print a few extra copies and, of course, there's no limit on how many eBooks can be sold. So, for a very, very limited time only, War Nerd fans who missed out on the original offer can order The War Nerd Dispatches in DRM-free ePub format and in paperback. 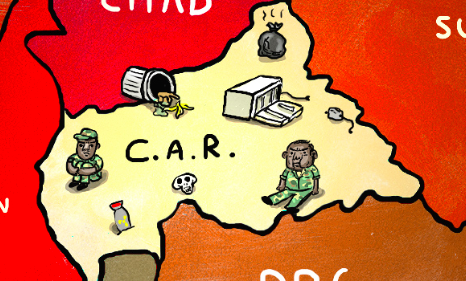 As a fun extra, mainly to help cover the cost of printing and shipping the books already spoken for, Gary Brecher has given his blessing to a "War Nerd Supporter" offer. For those who don't mind paying a bit extra, we'll include your name on the acknowledgements page of the print edition, for all to see. Your name will also appear in future editions of the eBook. (The perfect last minute holiday gift for yourself, or the War Nerd fan in your life!)

(Note: If you supported the original NSFWCORP campaign, you don't need to order again. Your copy of the paperback will arrive mid-January.)