Not everyone is excited about our "Don't Be Awful" event

As Sarah wrote earlier, the line-up for our 24-hour Don't Be Awful conversation about how to fix some of the tech industry's many awfulnesses is shaping up great. More than 50% of the registered attendees so far are women, which is already an achievement in and of itself.

Even people who tend to be critical of Pando (either because we've written about them, or because they think a VC-funded tech blog is part of the problem, not the solution) have emailed asking to participate. This makes me even happier than hearing from friends: For the event to be a success, everyone needs to be heard not just those who agree with us.

Really the only cynicism I've seen has come from a couple of our, ahem, friends at other blogs.

You won't be shocked to hear that new Valleywag writer Dan Lyons is not looking forward to the event. In fact, Lyons so exhausted by the idea of it that he can't even think of any jokes to write about it.

A cynic might suggest that Lyons is worried that a less awful Silicon Valley might hasten his journey to the unemployment line. Or maybe he just doesn't think he has anything to bring to the discussion. After all, Dan Lyons is the resolutely non-awful man who once wrote this about Pando's Sarah Lacy....

And this about Apple's Katie Cotton... 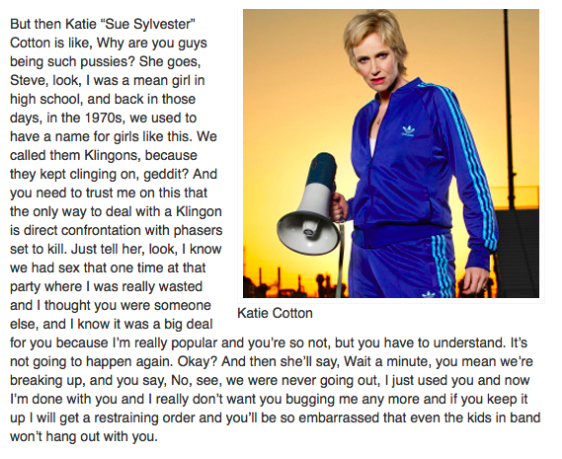 And this about Adobe...

Because Dan Lyons is part of the solution.

The other media snark came courtesy of a dude at SFist, who quoted Lyons and added:

Pando Daily, the Silicon Valley blog that claims it's there to "speak truth to the new power" but which ends up mostly being an angry-making, inside-baseball Uber-hate fest, is hosting some sort of symposium later this month in SF called "Don't Be Awful." This will include a 24-hour "global conversation" led from a stage full of geeks and tech pundits about how to make Silicon Valley "less awful," and more morally accountable, or something.

While there will certainly be geeks on stage (is that a bad thing now?), we hope there will be precious few "pundits." So far, certainly, the participants asking for speaker slots have included developers, people involved in non-profits, entrepreneurs, musicians, anti-bullying activists, lawyers and those working to improve the tech industry's approach to women, minorities, the LGBT community. (If you'd like to join in, you'll find all the details here.)

Also, SFist dude's cynicism about us hosting a free event to make the Valley less awful would be somewhat less ironic if it weren't surrounded by giant flashing banners for... TechCrunch's fancy, expensive black tie award ceremony, the Crunchies. (Which, full disclosure, Sarah and I previously co-hosted -- which is how I know how fancy it is.) 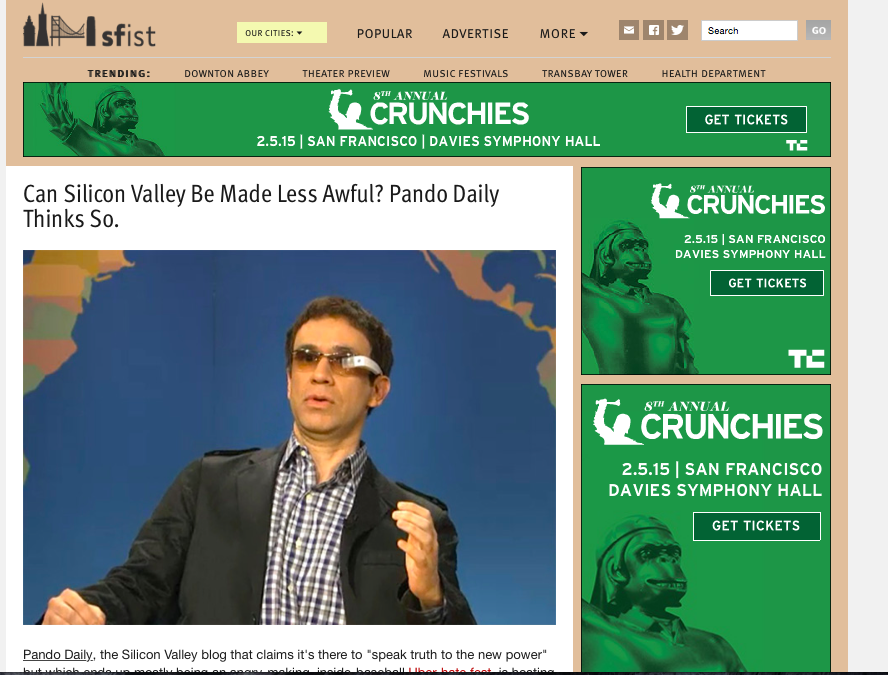 In other words, "this article about how terrible Pando's free event to debate everything that's wrong with Silicon Valley is brought to you by... The Crunchies."

That's a black fucking fly in your Chardonnay, right there.

(I'm guessing neither Lyons or SFist dude will want to come to our event, but both would be very welcome. Maybe leave the sex jokes at the door, eh Dan?)

Update: Surprisingly, it turns out SFist is a key sponsor of.. The Crunchies 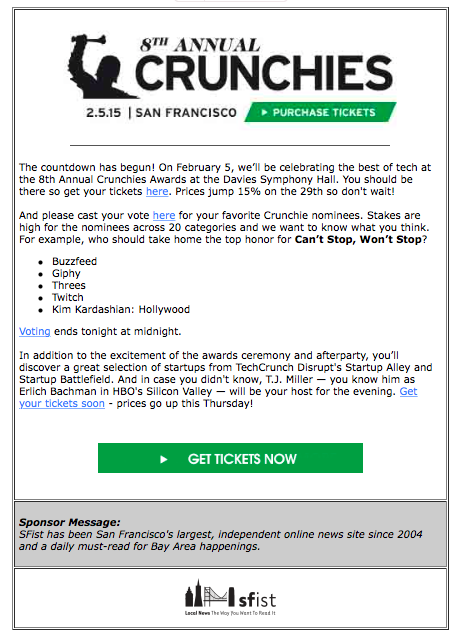