Backers of an Indiegogo campaign promising to create "the world's first invisible hearing aid" have accused the project's creators of scamming them out of more than $293,000.

The hearing aid, which its creators dubbed the Nanoplug because it was supposed to run off a rechargeable "nanobattery," was billed as a "100 percent invisible, instant-fit, user programmable hearing aid" and promised to prove that "better hearing can be cool."

The Nanoplug's creators wanted $80,000 to bring the product to market. They raised almost four-times that amount from 1,063 backers. Yet the product they promised -- the whole reason these people backed this project -- might never make its way to backers' hands.

The company claims that it was unable to receive the CE mark on the existing product. So now it's offering backers a different hearing aid with a replaceable battery. And according to several of the Nanoplug's backers, it might just ship a product from another company.

Here's the image Nanoplug released on Indiegogo in the update informing backers that they won't receive their "invisible" hearing aid: 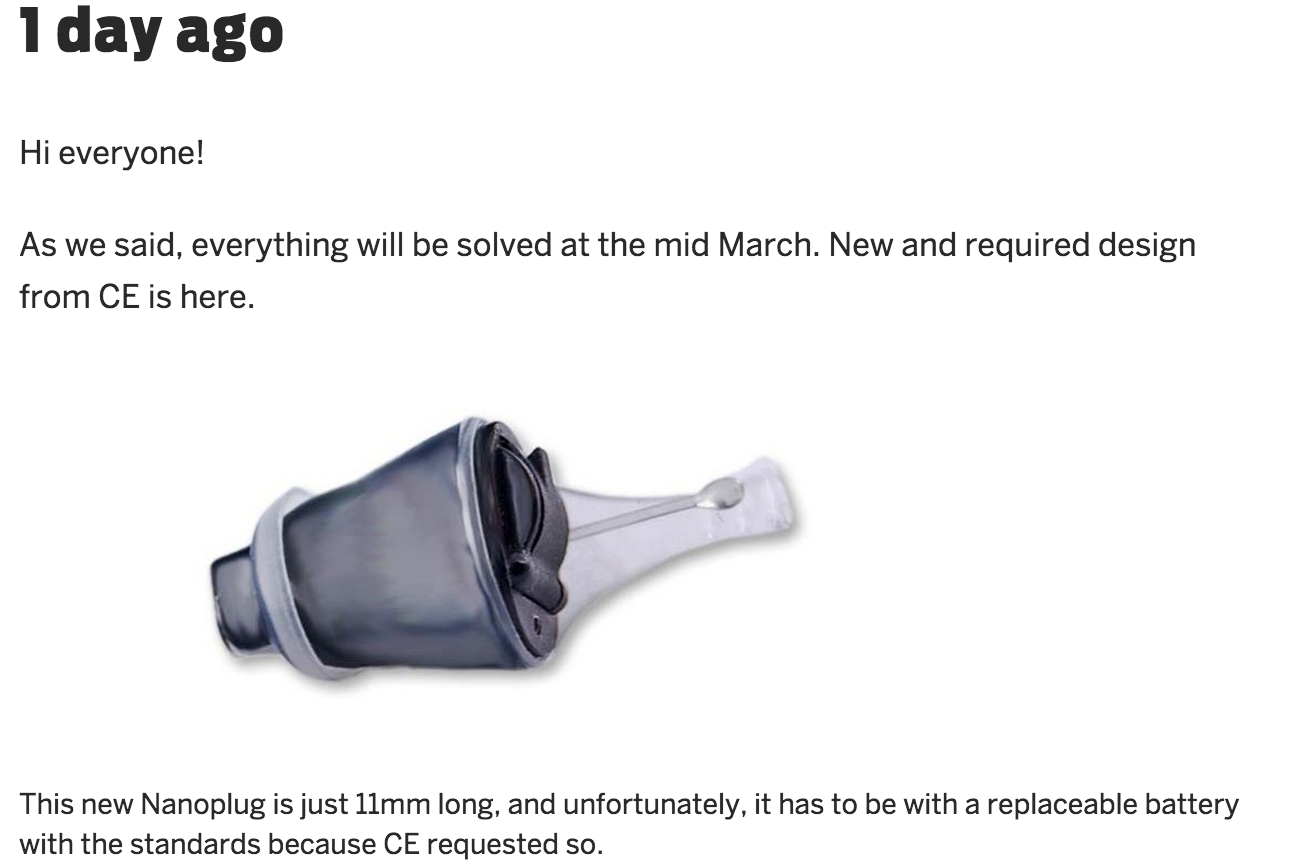 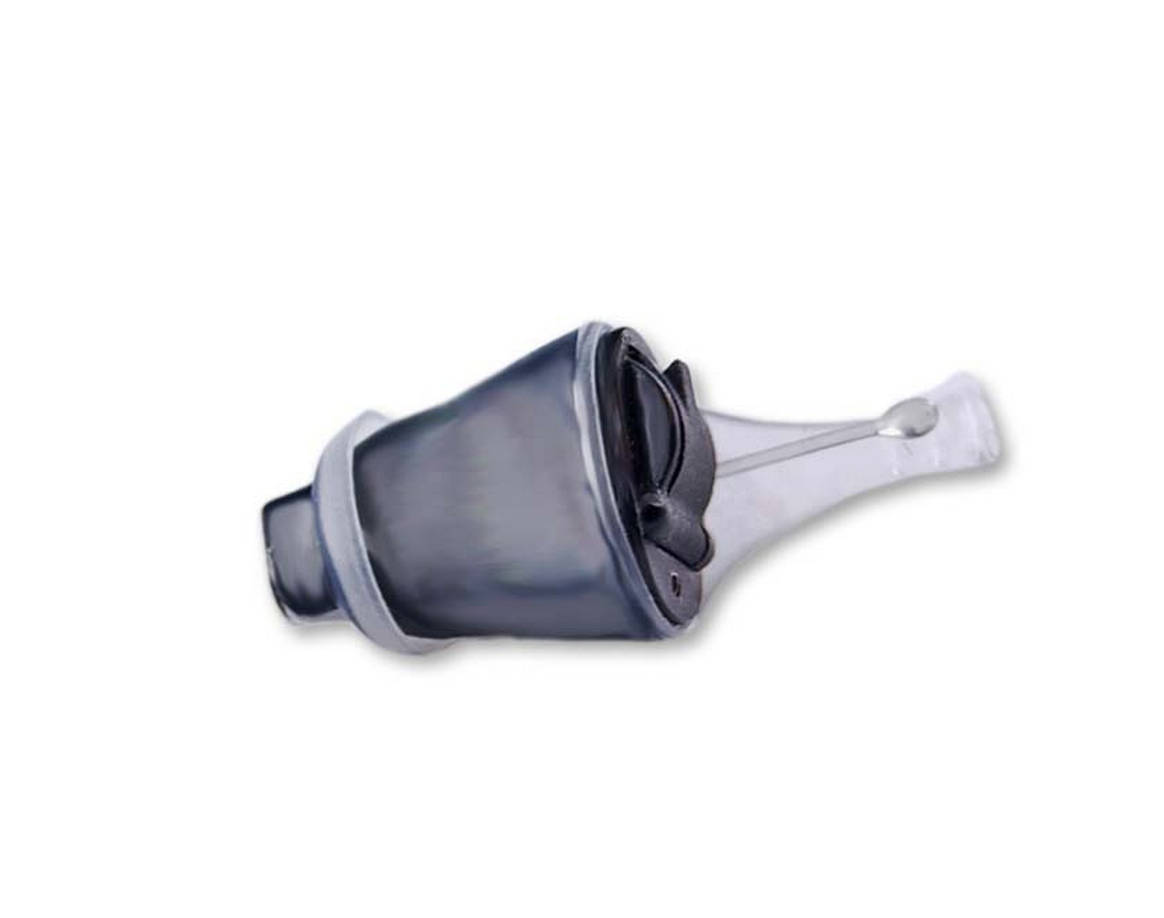 The products are identical. Yet the BEE II 800 CIC costs just $329 from AAH, and it comes with a 4-pack of batteries. Nanoplug's backers paid $419 to receive its hearing aid. Where is that extra $90 going? And why is Nanoplug passing off another product as one of its own?

Several of Nanoplug's backers have threatened to file suits against its creators for the bait-and-switch. Others have asked Indiegogo for the creators' contact information -- the project was "email verified" -- but were told to reach Nanoplug via the platform's comment system.

I attempted to reach Nanoplug via Indiegogo's built-in messaging system, but that requires me to have been involved with its project, which I wasn't. So I then tried to reach them via Twitter, and no one has gotten back to me at the time of writing. (I tweeted at them within normal business hours for Munich, Germany, which is where Indiegogo says they're based.)

Indiegogo did not immediately respond to a request for comment.