Gawker exclusively reveals that the Daily Mail is horrible

Earlier today, Gawker published a damning takedown of the Daily Mail, a newspaper which, as any British reader will tell you, has been immune to damning takedowns since, well, this...

As attacks on the Daily Mail go, the Gawker piece -- by former Mail scribe James King -- contained few surprises. Who knew that the Mail was little more than linkbait and stolen stories, written and published by awful people who don't care much for the truth? If you answered "everyone who has ever picked up a copy of the Daily Mail" give yourself a gold star and a copy of the latest Fred Basset annual.

The only real surprise is that the piece was published by Gawker, a publication edited by a right-wing (and increasingly so) British former fleet street hack and which is guilty of almost every offense of which the Mail stands accused.

Consider this paragraph from King's piece:

More recently, the Mail published an article suggesting that pop singer Taylor Swift was a lesbian. After other publications began to pick up on the story—which, like most of the Mail's salacious articles, was based on statements from an anonymous source—the Mail memory-holed the story. They declined to provide a reason as to why when asked by Gawker.

Admittedly, that is a shocking example of journalistic malpractice. Publishing a story speculating on a celebrity's sexuality based entirely on unverified sources! For shame Daily Mail! And for shame these unnamed "other publications" who "aggregated" the Mail's unverified story in order to grab some of those lovely, lovely pageviews. 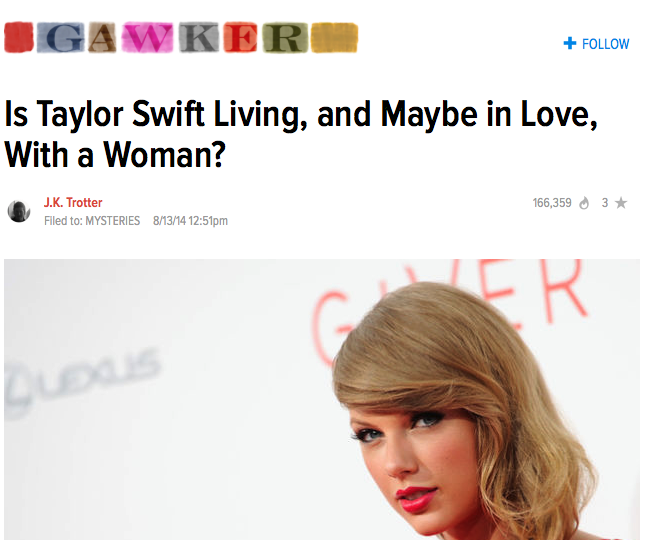