App it back! SoulCycle to finally launch a booking app (And this time they really, really mean it)

Her co-chief executive, Elizabeth Cutler, pushed back a little, saying it would be coming in April or the end of the month, but it's clear that a booking application is on its way.

"The booking app that we have is finally going to be great," Rice said. "I'm serious. It's going to be so good."

The announcement was made in response to some on-stage criticism lobbed against the company's no good, very bad, horrible website, which is a gigantic pain in the ass to use on mobile.

The application was developed by an outside agency and Cutler and Rice promise that it will be released soon. That said, it's worth noting that the company said the same thing two years ago when they published this on Instagram, promising the imminent launch of an app... 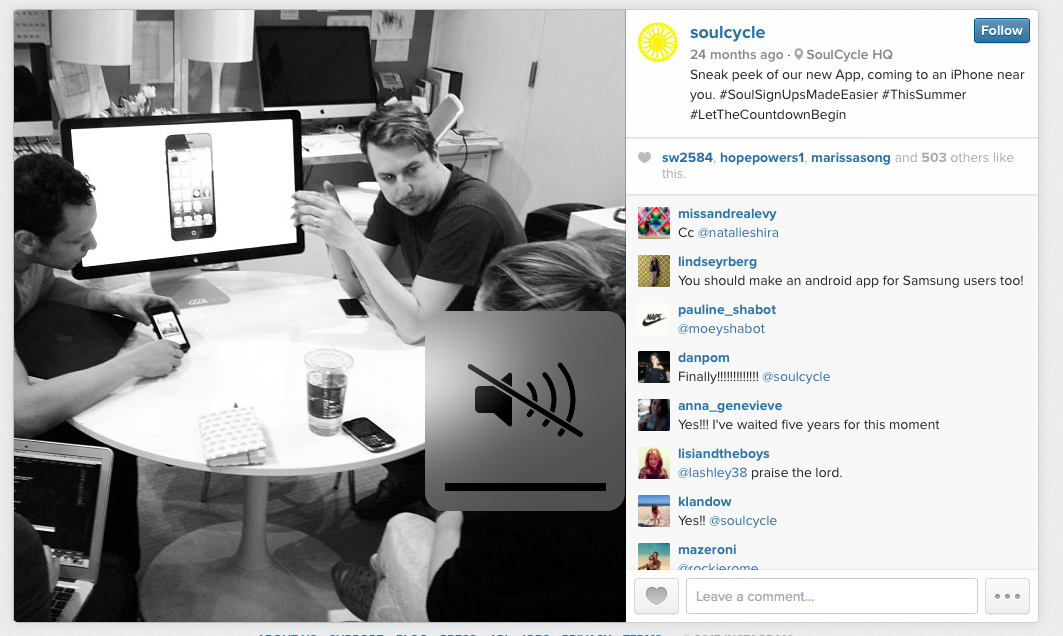 That, apparently, came to nothing. This time, though, they really mean it.