Last year, we shared with readers our plans to get Pando profitable, and ensure we'd no longer be reliant on finding venture capital funding to keep growing. The plan meant we had to make some tough decisions, including sharpening our focus and slightly reducing newsroom headcount. It also meant weathering flak from trolls who tried to turn a painful, but vital, business decision into a grand conspiracy.  Who can forget such 2014 classics as "Pando is selling to AOL!" and "Ted Rall was laid off on orders from the CIA!"?

Still, as we've written previously, the austerity measures worked. Late last year, we shared with readers the good news that Pando had its first profitable month. We've bounced up and down between profitable and loss-making months since but, all in all, we're trending in the right direction, with almost exactly the same amount of cash cushion in the bank as we had six months ago, without having had to raise another dime of capital.

We're certainly not planning on any crazy spending sprees any time soon, but we're at least doing well enough that when we find great reporters and writers who we can't live without, we can actually hire them.

Now it's the West Coast's turn for new blood. Following his acclaimed coverage from the Ellen Pao trial -- during which he was dubbed "The Panda Guy" by one irritated attorney -- we're delighted to announce that Dan Raile will be coming on board as a full time member of Pando's SF-based reporting team. Dan will be focussing on the type of stories that many in the tech industry would prefer got a little less attention including inequality, legality, the tech industry's relationship with politics and more. And of course he'll be writing many more of the kind of the human stories he filed from the Pao courtroom. You won't want to miss a single piece.

To commemorate Dan's change in status, we had this t-shirt made for him... 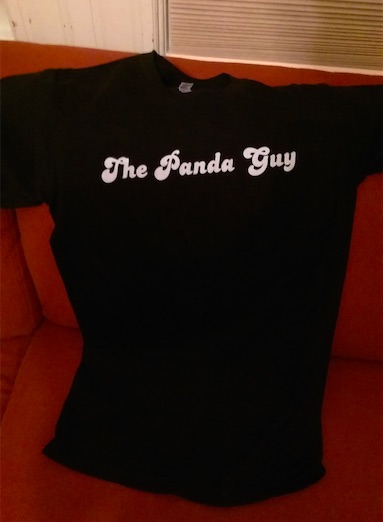 Thrilled to have you on board, Dan!

(We're still taking a slow-but-steady approach to growth,  but if you're a ferociously talented reporter whose resume is burning a hole in her or his pocket, then this might be the time to share it with us.)