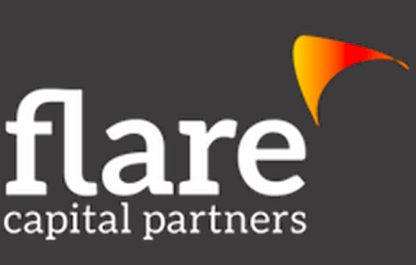 Venture capital moves in fads like most industries. No sooner do companies try to invest in all stages and all industries, then do they winnow down, focusing on doing just one thing well. It seems the latter is becoming trendy again as the giant firms are mostly dominating all the giant deals.

Boston-based Flare Capital Partners is taking that level of specialization further. Today, the firm which was formerly known as Foundation Medical Partners, announced that it has closed its first fund that will focus primarily on healthcare technology. The new $200 million Flare Fund I is the largest investment fund that is dedicated solely to healthcare tech, according to the company.

“From top to bottom we are only doing healthcare technology,” says Flare general partner Michael Greeley. “We are going very deep in a multi-trillion dollar category."

To the uninitiated, this may sound like a no brainer. The medical world has taken a flying leap into this century — finally — with consumer companies ZocDoc changing how we book appointments, sexy startups like Oscar getting their unicorn horns, doctors emailing with patients, and medical records finally finally finally going electronic. But the mere mention of "Healthcare IT" can cause an old school VC's eye to twitch uncontrollably. Since the 1990s venture capital firms have thought that healthcare is a massive, inefficient field that's on the cusp of a major digital overhaul. VCs are good at life sciences. They are good at tech. So who better to shepherd it through the process than a venture capitalist who understands tech and healthcare?

A business opportunity that looks so good on paper has been an unholy Venn Diagram of horrific returns. So what is different this time?

“This decade is the golden decade for healthcare, and not necessarily around therapeutics and devices, which have been successful for a lot of investors,” said Greeley. So what else is there? Greeley said Flare will focus on the "reinvention of the business of healthcare" — by which, I  think, he means everything from easier access to medical records for doctors to better scheduling software for emergency rooms.

Greeley, who co-founded Boston venture firm Flybridge Capital Partners where he mainly focused on healthcare and financial services companies, jumped to the healthcare-focused Foundation Medical Partners last year along with former North Bridge partner Bill Geary. Foundation had been around for 12 years, but focused mainly on health and biotech therapeutics and devices, the bread-and-butter of the world of healthcare innovation. It wasn't until recently that it shifted to a more narrow focus within the sector leading to a rebranding as Flare.

The new firm will still manage the three more broader health industry funds of Foundation. But through its new fund, Flare has already invested in four companies, including Iora Health, as well as taking part in Rock Health's most recent seed round of funding.

While its industry focus is hyper-specialized, Flare's geographic reach will be broad — which reflects how the current boom in healthcare tech isn't centralized in the traditional strongholds of tech and healthcare innovation. As Pando's Sarah Lacy pointed out in a recent story, it is actually pulling more outside of places like Boston and California. Greeley said that currently, the firm is looking at companies in 20 to 30 cities across the country, and some overseas. “We are national-focused, and, for healthcare technology, Nashville is as important as Boston."

In addition to rebranding and raising its first official fund, Flare Capital also added new members to its team including Kristen Laguerre who was formerly a partner and chief financial officer at Atlas Venture and vice president of finance at SoftBank Capital. At Flare, Laguerre will be both a partner and the firm's CFO.