It's hard to think of a more talked-about slideshow than Mary Meeker's annual Internet Trends report. The document is a nice way for tech journalists to learn more about their beats or to confirm hunches based on all the conversations they had throughout the year that is, without having to worry about "numbers" or "math" themselves.

But it's also a total bore. There are countless images that look like a nerd's dream board, or the kind of nonsense Shingy doodles on an iPad whenever he gets tired doing whatever it is AOL pays him to do. Invite a venture capitalist to play a game of Pictionary, and you'll get something like this report.

The data itself is also suspect. Much of the information is supplied by whichever companies Meeker is discussing -- Snapchat, Twitch, and other companies are essentially having information from their press releases included in the tech media's most revered document this side of a grease-stained Chipotle menu.

And that's assuming there is some data backing up whatever appears on a slide. Just consider this graphic about the Internet's effect on a handful of industries: 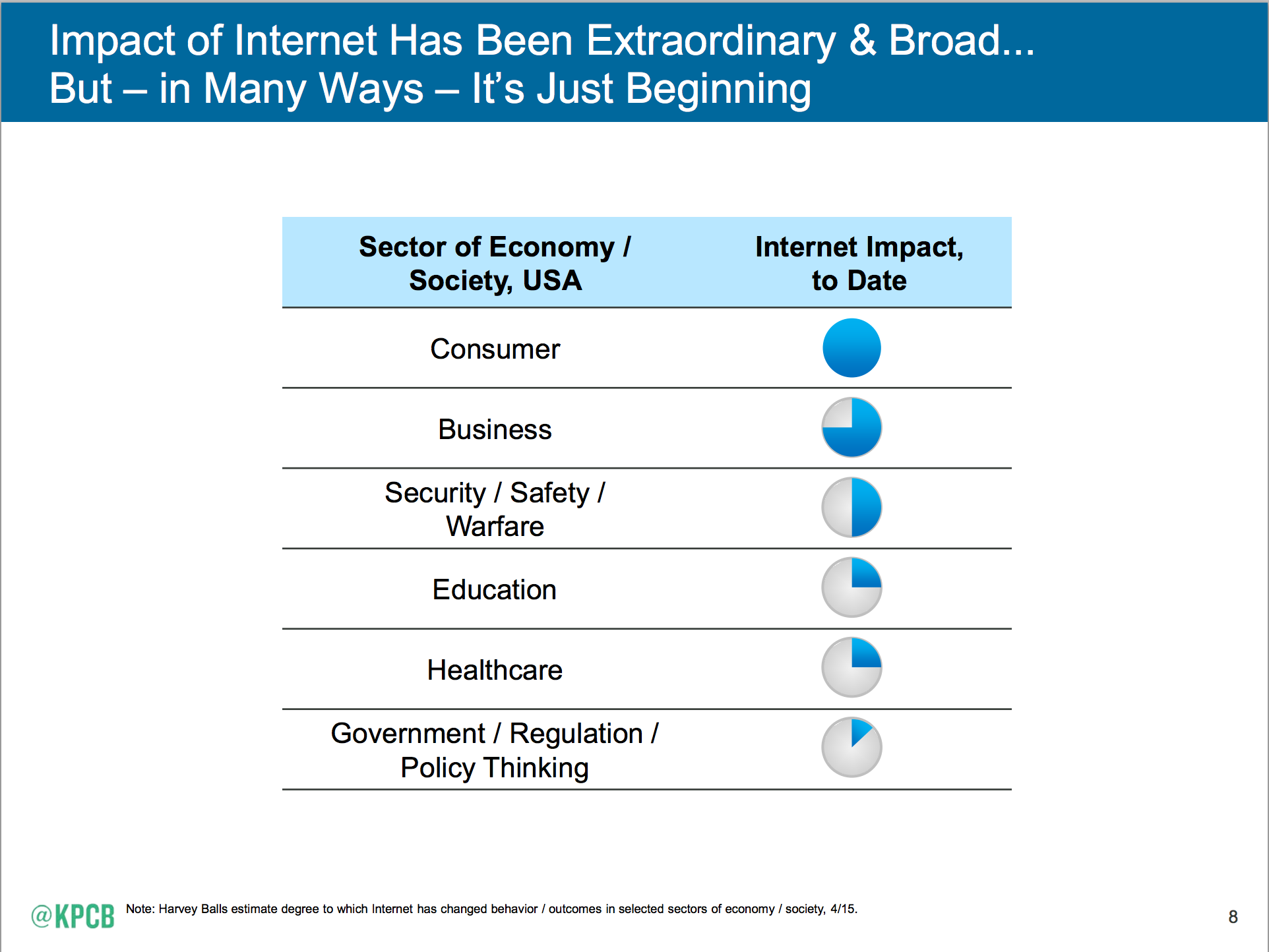 That doesn't seem like a legitimate estimate. It looks like someone was just having fun with Domino's online pizza ordering system. A source is provided -- the pizzas are based on Harvey Bell's "estimate degree to which Internet has changed behavior / outcomes in selected sections of economy / society" -- but that's the kind of graphic that gets people fired from their cushy analyst gigs.

None of which is to say this isn't a valuable document. Anyone who doesn't spend all their time reading tech blogs or hearing tech startups talk about how great they are will probably appreciate Meeker's distillation of all this data.

Yet making it through the entire thing is a chore. So here's the distilled list of observations -- you can decide if you've heard any of them before:

There you go, nerds. Your ten commandments, as gleaned from a slideshow chock full of hilarious images, well-worn observations, and more sentence fragments than an elementary school English class. Let's reconvene next year to do this all over again. It's better than making the graphs ourselves, right?