Why the Instagrammers whose photos Richard Prince sold for $90,000 should stop complaining

Richard Prince is an artist with a long history of "reappropriation." In 1989, he re-photographed an existing photo of a cowboy from a cigarette ad and sold it for $1 million. He did the same with a highly sexualized photo of Brooke Shields taken when she was 10 years old. And now he's attracted the ire of the Internet's outrage machine after blowing up a number of other people's Instagram photos and selling them for upwards of $90,000. 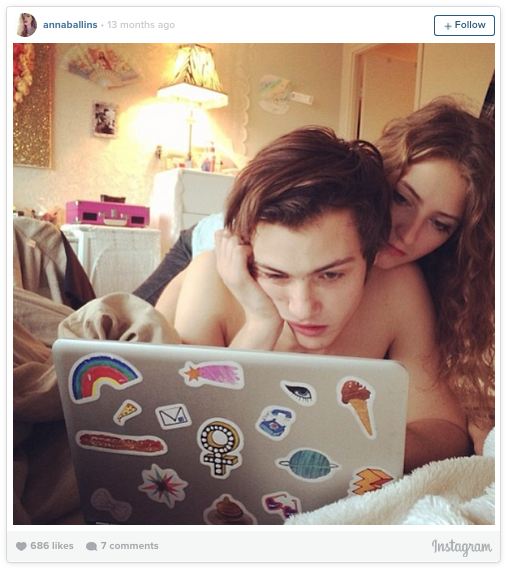 Which isn't fair, right? That's how at least one of the subjects of Prince's pilfered Instagrams, Anna Collins, feels, telling Business Insider, "I just think about how I'm a working student in school, I'm extremely broke, and here is a middle-aged white man making a huge profit off of my image. Kind of makes me sick. I could use that money for my tuition." (Collins is also white, so I'm not sure what Prince's race has to do with it but okay).

So what Prince did may not be fair -- but is it legal? Does Collins deserve a cut of the profits? Or moreover does her sister, Petra Collins, who took the picture and is herself a talented photographer deserve compensation?

That's a much more complicated question. And as Evan Brown, a technology and intellectual property lawyer at the Chicago law firm Much Shelist, tells me, "We've got all the makings of some good copyright controversy here."

The first question to consider is, who owns an Instagram photo?

Despite a huge uproar a couple years back when Instagram updated its Terms of Use to say that it could use any photo in an ad without the user's knowledge, Instagram does not own the photos uploaded to its service -- the photographer does.

"When you take a photo, you own the copyright automatically," Brown said. "You don't lose your copyright rights when you upload that photo to Instagram. But you give Instagram a license to your photo when you post it."

That license is, according to Instagram's Terms of Use, "non-exclusive, fully paid and royalty-free, transferable, sub-licensable, [and] worldwide." According to Brown, perhaps the most curious piece of language Instagram uses here -- and one that we heard almost zero uproar over -- is the word "sub-licensable." That essentially means that by uploading an image to Instagram, the company can issue a secondary license that could potentially allow anybody in the world to use that image however they'd like. So theoretically, Instagram could have issued Prince a sub-license to reproduce these photos.

But that's not what happened here. In fact, Instagram explicitly cast off responsibility for these reproductions in a statement to the Washington Post: “People in the Instagram community own their photos, period. On the platform, if someone feels that their copyright has been violated, they can report it to us and we will take appropriate action. Off the platform, content owners can enforce their legal rights.”

So if Prince did not receive permission by the photographers, nor did he receive a license from Instagram to use the photos, that's an open-and-shut case of copyright infringement, right?

Not necessarily. If brought to court, Prince's attorneys would likely defend his work as "fair use." Under fair use, a judge may determine that the use of another party's copyrighted work is lawful because the recreation is sufficiently "transformative" -- meaning, in Brown's words, "does the artist's use serve a different purpose than the original served?" An artist could achieve this by adding enough new components to be considered a separate, additive work; this is the defense used by remix artists like Greg Gillis, aka Girl Talk, in mashing together the works of other musicians to create a new and unique song. A work can also be defended under fair use if it offers commentary on the original work itself, like in a film or music review or in a parody.

It's nearly impossible to say with certainty if Prince's work qualifies as fair use because the language around these statutes is intentionally vague, there are numerous factors to consider, and these determinations can only be made by a judge.

"One never knows for sure whether a use is a fair use unless he or she spends many thousands of dollars in court to have a judge enter an order saying it's fair use," Brown said.

Because Prince made essentially zero alterations to the photos -- other than blowing them up -- the argument then comes down to what purpose Prince looked to achieve. Is it to comment on the works themselves? If so, there's a good chance a judge would deem his use as "fair." For example, Prince previously won such a suit over images of Rastafarians he "re-photographed" that were originally captured by photographer Patrick Cariou. And here, Prince appears to offer commentary on the Instagram photos themselves, in the sense that the artist has long held a fascination with captured images of intimacy which, until the days of social media, required a painstaking amount of research to unearth. That such a bounty of candid personal expression exists at our fingertips is a notable and worthwhile reflection on the meaning of our digital age -- a reflection that, while independent of the purpose set forth by the original photographers, is in essence a commentary on the photos themselves. In other words, Prince's portrait series is a solid example of fair use.

On the other hand, it's arguable that the statements Prince makes here about society supersede the statements he's making about the works themselves -- and if a judge came to that conclusion, the work would likely be considered an example of copyright infringement, not fair use. In 1992, for example, photographer Art Rogers sued Jeff Koons after Koons created a sculpture modeled after a photo Rogers took of two women holding a litter of puppies. While Koons argued that his sculpture was a parody, the judge ruled that whatever statement was intended with the work was on society at large, not on the original photo, and Koons was forced to pay Rogers a substantial sum.

Because Prince hardly altered the Instagrams, his legal argument would rely on the highly subjective determination over the extent to which the work served as a commentary on the original photos -- meaning, in layperson's terms, Prince's case could go either way. But even if a plaintiff was successful in winning a copyright infringement suit against Prince, Brown says that he doubts the sum awarded would be substantial -- in fact it would probably cover legal fees and little else. That's because despite the hundreds of thousands of dollars Prince has made selling these portraits, this isn't money that was "stolen" from the original photographer, nor does it take value away from the original work -- in fact it adds value to it. Suicide Girls, one of the copyright owners Prince ripped off, has even begun selling its own blown-up copies of the photo used in the artist's series, selling it for only $90 and giving away the proceeds to charity.

"The market factor would probably go in favor of Richard Prince," Brown said. "Most people don't sell the photos they put on Instagram. Said another way, there's no real market to negatively affect."

Granted, because Prince profited off the work, a plaintiff could seek retribution that goes above and beyond "actual damages" -- meaning legal fees -- incurred as a result of the infringement. But that's only if the plaintiff had registered her copyright either before the infringement took place or within three months of posting the photo (Collins' photo was taken about a year ago, so she would beout of luck).

"Who actually registers the copyright in the photos they post on Instagram? I'd say that's almost exactly no one. Without a 'timely' registration, a user is left to recover only his or her 'actual' damages. That could be pretty small (i.e., what you would have licensed the photo for - which would likely never be more than a few hundred dollars and probably never enough to justify a lawsuit)."

In short, because Prince recreated the photos for a different purpose than the original photographers, and moreover because that purpose was at least in part to comment on the photos themselves, copyright owners may be hard-pressed to win an infringement lawsuit. And even if they did? It's not like these photographers intended or were capable of making tens of thousands of dollars off their Instagram photos before Prince reapproriated them, and therefore the damages awarded would hardly be worth the trouble of a lawsuit. It may not sound fair, but people aren't willing to pay a random Instagram user $90,000 for their photos. But they are willing to pay a famous, established artist that sum for the same photos.