Earlier this week, David Holmes explained Pando's run-in with Facebook after we attempted to promote a story about Google's battle with LA's homeless community.

In short, the company said the post couldn’t be promoted because it features profanity, which is against its guidelines.

The idea that Facebook would ban the promotion of journalism that contains profanity -- even when that takes the form of actual quotes from sources -- is equal parts chilling and ludicrous. And while David continues to ponder the former, I couldn't help thinking about the latter.

Specifically, what might have happened to previous generations of journalists had they been forced to operate in a world bound by Facebook's anti-journalistic rules?

For one thing, say goodbye to Mark Twain. That was just one pseudonym used by the author less famously known as Samuel Clemens. He also wrote as “Josh” and the infinitely more entertaining “Thomas Jefferson Snodgrass.” Nobody liked noms de plume more than good ol’ Sam Clemens.

But Facebook wouldn’t have allowed any of those names onto its service. As Guardian contributor Laurie Penny discovered when she was banned from Facebook this week, the company requires everyone to post under the name printed on their government-issued ID.

There are many reasons a journalist might choose to use a pen name. One is that they’re writing as a specific character — think Twain or our very own Gary Brecher -- but another is that they fear for their safety. Many journalists operate in countries where reporting the truth simply isn't safe. Others, like Penny, fear abuse from trolls. To all those people, Facebook says: Tough shit!

At risk too would be some of the most famous examples of photojournalism. Many photographs would run afoul of some Facebook policy or another, leading them to be banned from the service regardless of their merit. 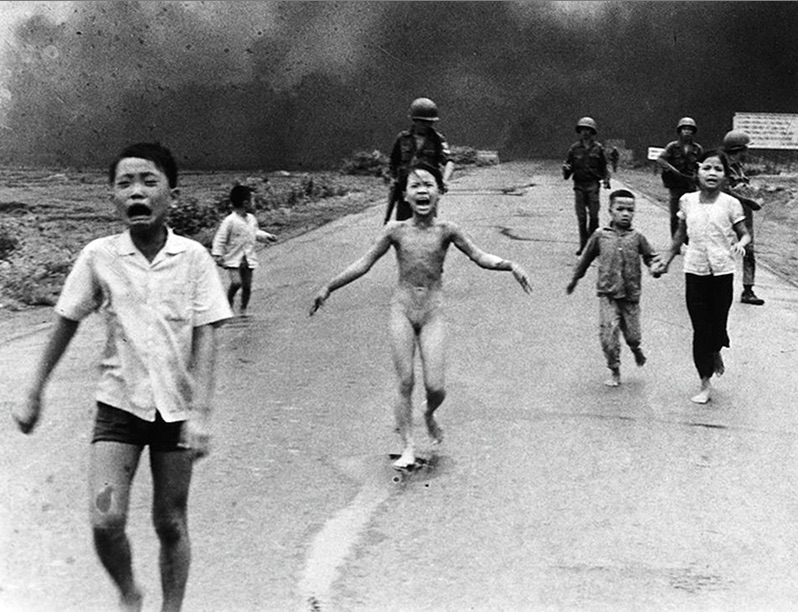 It won the Pulitzer prize in 1973. Yet had Facebook existed back then, the image likely never would have made it past Facebook’s censors, at least as they are written, because it features nudity. Worse, it features the naked body of a young girl — for reasons that have been widely debated Facebook seems to prefer to censor the female body far more often than the male one.

Other images captured during wars would also have a rough go at Facebook. The social network often flip-flops on its policies regarding violent content. Sometimes it allows graphic images, if they’re posted to condemn whatever they are depicting, and other times it seems to remove the content regardless of intent.

And even if the Kim Phuc photo made it past Facebook's censors, it likely couldn't have been posted by Nick Ut, the photographer who took it. “Nick Ut” is a pseudonym used by Huỳnh Công Út.

Back to profanity. Pando isn’t the only publication to employ a few cuss words every now and then. Many of history's biggest political scandals have involved characters with potty mouths.

Consider the Nixon tapes. Dick had a proclivity for profanity, to the point where he famously had to instruct a transcript writer to omit all of the expletives uttered while he was in the Oval Office. Would Facebook demand the same verbal acrobatics if a journalist tried to promote a story about the tapes, or is there an exemption for presidents?

And on that subject, what does Facebook make of Obama’s interview with Marc Maron? As David Holmes asked in his post about Facebook’s mindless censorship:

Is all profanity banned? If a “classy” organization like The New Yorker or The Economist posts an article with profanity, is an exception made? What about posts regarding President Obama’s use of the n-word on Marc Maron’s radio show this week? Do the robots only blush at the full unasterisked slur or is the term “n-word” also unacceptable? And if so, how can Facebook possibly consider itself a responsible steward of news when its algorithms frown upon what was arguably — for better or worse — yesterday’s most talked-about news story?

I'll close with a new example of Facebook policing journalism to the point of censorship. Earlier today former Pando editor Adam Penenberg told me the amazing story of what happened when he tried to upload a photo to promote “Beatbox,” his film about, well, beatboxing.

I uploaded a photo of a female Beatboxer holding a mic as the main image. Its [a] still from our trailer. Then I set up a promotion of $5 a day to drive likes slowly. But FB reviewed the “ad” (aka the photo) and informed me it was too close to the thumbs up sign denoting “like.”

I tried again, thinking it was a ridiculous mistake, but received the same rejection. So I uploaded a different photo of a male Beatboxer holding a mic at [a] different angle and it went [through].