Caught up in a riot? Uber can charge you up to $250 for damage to their cars

The world may have Paris to thank for Uber, since it was there that Uber founders Garrett Camp and Travis Kalanick first discussed the idea of disrupting the taxi industry, in December 2008.

Seven years later, Paris has again become the site of a pivotal moment in the company’s history, this time violently.

Yesterday, hundreds of angry French taxi drivers attacked cars and terrorized passengers during a mass protest against Uber. And while the world stands aghast at the escalation of the taxi drivers’ tactics, they seem to have achieved their goal, at least temporarily: at noon local time yesterday, the French Minister of the Interior issued a statement indicating UberPOP -- Europe's version of UberX -- would indeed be shut down in the nation’s capital.

"I have instructed, given the serious disturbances of public order and development of this illegal activity, the Paris Prefect of Police to take this day an order prohibiting UberPOP activity," said Minister of the Interior Bernard Cazeneuve during a press conference.

If you watched the scenes unfold it’s possible you wondered who would be responsible for paying for the damage to the Uber cars that were vandalized. The insurance companies? Uber itself?

What you likely didn’t consider is that passengers might be held responsible for damage done to cars by third parties.

But according to one Pando reader, that’s precisely what happened to him here in the US after the Uber X he was riding in was hit by a cyclist.

According to the passenger, the cyclist rammed into the car's open door because the driver was rushing to get the passenger out of the car before a traffic light changed. Shortly after the ride ended, he received a bill for $250 from Uber, on top of his fare. This, the company said, was his share of the total $1600 bill for the damaged door, incurred by Uber’s insurance company.

The passenger has asked us not to use his name, but he provided us with information which allowed us to verify his story, along with his email correspondence with Uber. He also provided this photograph of what Uber claims was $1600 of damage to the car. (The cyclist was unharmed, the passenger says.) 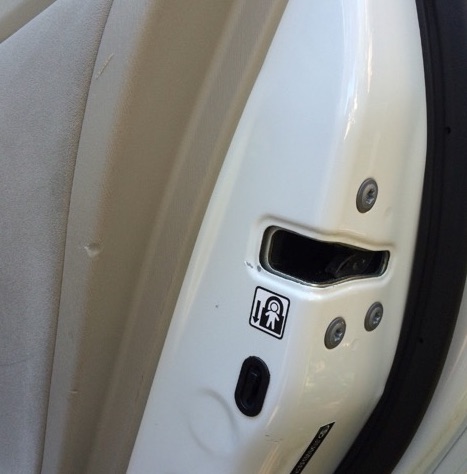 In Uber’s initial email to the passenger, they asked if he would agree voluntarily to pay the $250...

Thanks for getting back to me. Your driver, [redacted], has gotten back to us with an estimate of damage of over $1,600. We're reaching out in hopes that you be would able to incur some of the cost. He is going through insurance, but with the deductible, [redacted] will be responsible for a majority of the charges.

We're asking that we can charge $250 to the card we have on file for you, which will go directly to [redacted].

We understand that accidents happen, but most drivers on the Uber platform, many of whom rely on driving for their livelihood, own their own vehicles and depend on maintaining the quality of the vehicle to deliver the experience that riders expect.

We really appreciate your cooperation, and I look forward to hearing back.

The passenger was, perhaps understandably, shocked at the surprise charge....

Seriously? Uber raised $5.9 Billion dollars in funding, not to mention the revenue they make, and they're going to charge a customer $250 for an incident? I'm honestly shocked that Uber would not cover that, it was my understanding that Uber had insurance on their drivers...

I'd like more information on this before moving forward to accepting that charge. Specifically so I can spread the word about these policies, because it's ridiculous.

I've attached the estimate for repair, as well as photos of the damage for your review.

Like I mentioned in the previous email, this is being processed through our insurance. There is a standard amount of $250 (only if the damage exceeds that amount) that is the rider's responsibility. You can reference the Damage Policy under Section 4 of the Rider Terms and Conditions here.

Please reach out within the next 48 hours with any questions or claim disputes. Unless we hear from you within 48 hours, we will bill the $250 to your card on file.

If you have any questions, please let me know.

Because of the cosmetic scratches, the driver got his door replaced. Hence the hefty toll. After the passenger said he did not accept the charges, the emails from Uber ceased and the $250 was charged to his credit card.

The underlying mechanism here recalls similar sharing economy dispute-resolution operations, such as those of Airbnb. With Airbnb, the legal question of who is responsible for cleaning, say, the piss from your couch is a bit nuanced. One would think, however, that in the case of Uber this should be more straightforward.

All Uber drivers are required to have insurance, in both the U.S. and France. And since Uber presents itself as a mere platform, connecting riders directly to drivers, it prefers to stay out of the picture when its drivers, say, hit a pedestrian. That makes it even more odd that the company would involve itself so directly in a scratched door in San Francisco.

Whatever the rationale, Uber isn’t budging on the $250 charge, or on its damage policy in general. That’s something to bear in mind next time you tap for an Uber in the middle of a riot.