LA venture capital has surged since 2012, but it’s perilously dependent on a few companies

LA is on track to have a seven-year high in venture funding, according to CB Insights.

LA funding has grown steadily since 2012, and in 2014 LA startups raised more than $3 billion across some 400 deals. The first half of this year has seen 182 deals, but more than $2 billion invested-- a whopping 285% increase in dollars since things started heating up in 2012.

This isn’t a surprise to us here at Pando. We were one of the first tech publications to hire an LA-based reporter in 2012, Michael Carney, just when things were taking off. He did such a good job uncovering and analyzing local gems that he was poached away by Upfront Ventures-- which is by far the most active investor amid this SoCal boom. (More on that in a bit.)

But while we’ve always been-- and still are-- bullish on LA, we’ve covered it closely enough over the last few years to see some warning signs behind the rosy headlines too. Reading CB Insights’ report, I at once started arguing a bullish and a bearish case for betting on LA to myself. It’s important to weigh both whether that “bet” is building your next startup there, heavily investing there, or moving there and hoping for a plum startup job.

Let’s go through the bull case first. That way anyone in LA who doesn’t want to hear the negative part can just stop reading. It’s like leaving a Dodgers game in the fifth inning!

The Bull Case for LA: 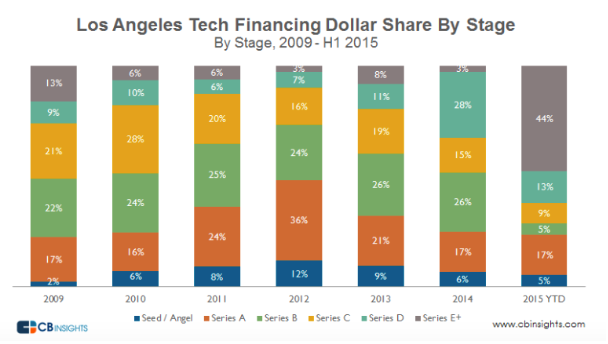 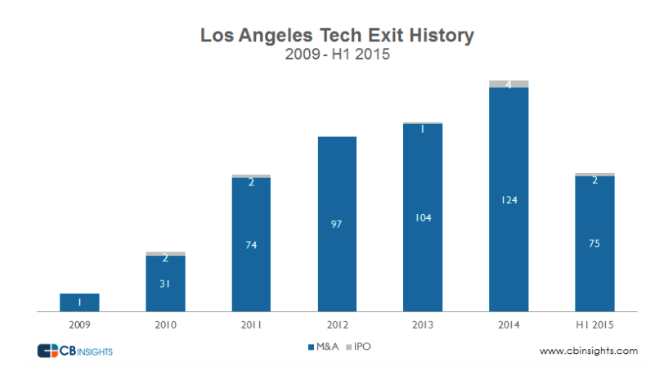 One interesting note: None of the top Valley firms are on the list of LA’s most active investors. This could be a good and bad thing for LA. If one of the advantages is proximity to the Valley, and the companies are so great, it’s strange that the big firms-- Accel, Andreessen Horowitz, Sequoia, Benchmark and the rest-- aren’t on all over it in a bigger way.

On the other hand, those VCs may not add the most value, being remote. It may be a plus that firms like Upfront, Mucker Capital, and other locals top the list. At least they won’t parachute out if things turn south.