Someone really needs to disrupt the anti-brogrammer poster industry

What do we want? The feral careerism of your collegial banter kept on mute! When do we want it? As soon as we figure out what that actually means!
By Paul Bradley Carr
Sep 3, 2015 · 1 minute

The Google bus protests might have died down, but that doesn't mean anti-tech sentiment has vanished from San Francisco.

Walking through the Mission earlier this week, I spotted at least a half dozen anti-tech posters in just a few blocks. They showed two things very clearly: That tempers are still running high in the city when it comes to overpaid "brogrammers" driving out less privileged workers (which, hopefully both sides can agree, is a real issue.) And that the anti-tech poster makers could probably use a little help with their messaging (hopefully they can agree on that too.)

Typical of the oeuvre is this one, which helpfully lists the companies whose employees are, apparently, ruining the Mission... 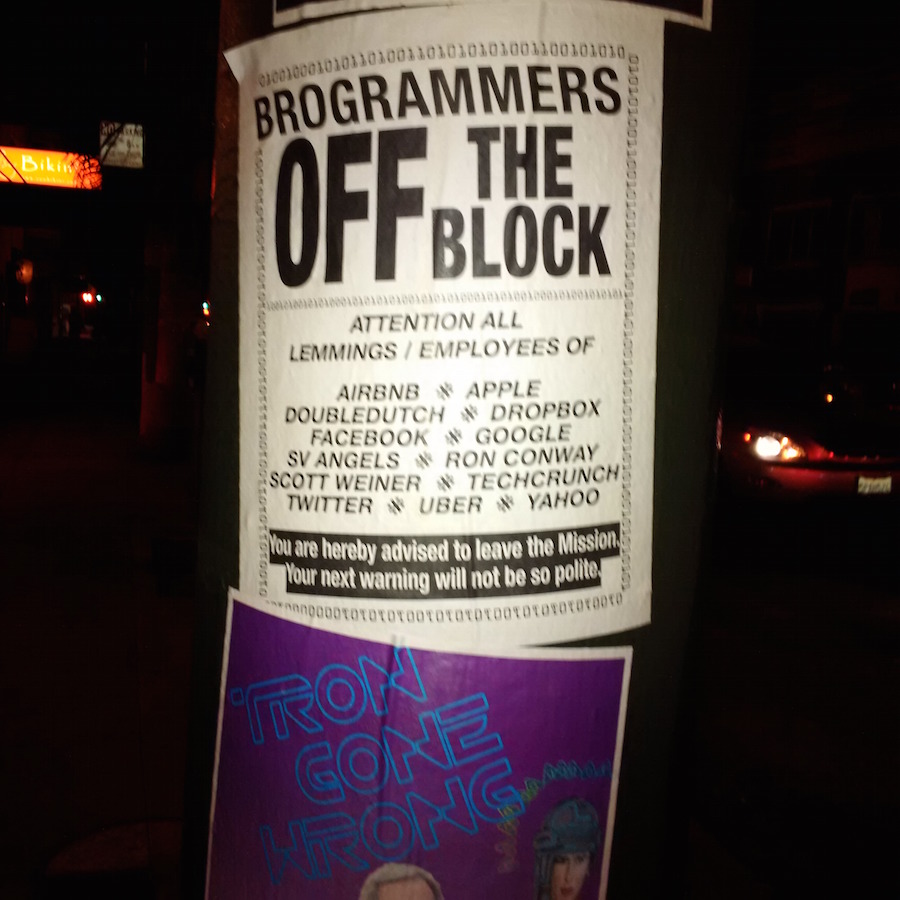 Curiously it lists employees of Yahoo (based in Sunnyvale), TechCrunch (based in SOMA) and Ron Conway (the Four Seasons?) but omits employees of Lyft which is by far the biggest tech company actually based in the Mission. The only company cited that's definitely, 100% headquartered in the Mission is "DoubleDutch" which apparently makes some kind of event software. I had to look that up on Google (Mountain View).

And then there's poor old Scott Weiner -- the Democrat member of the San Francisco Board of Supervisors representing District 8. Get out of the Mission, Scott Weiner lemmings!

Not that Lyft escapes the protesters' wrath entirely: There's a single lonely poster affixed to a post opposite their offices. But whereas previous waves of protest focussed on soaring rent and other forms of income inequality, this one concentrates on a new tech menace... 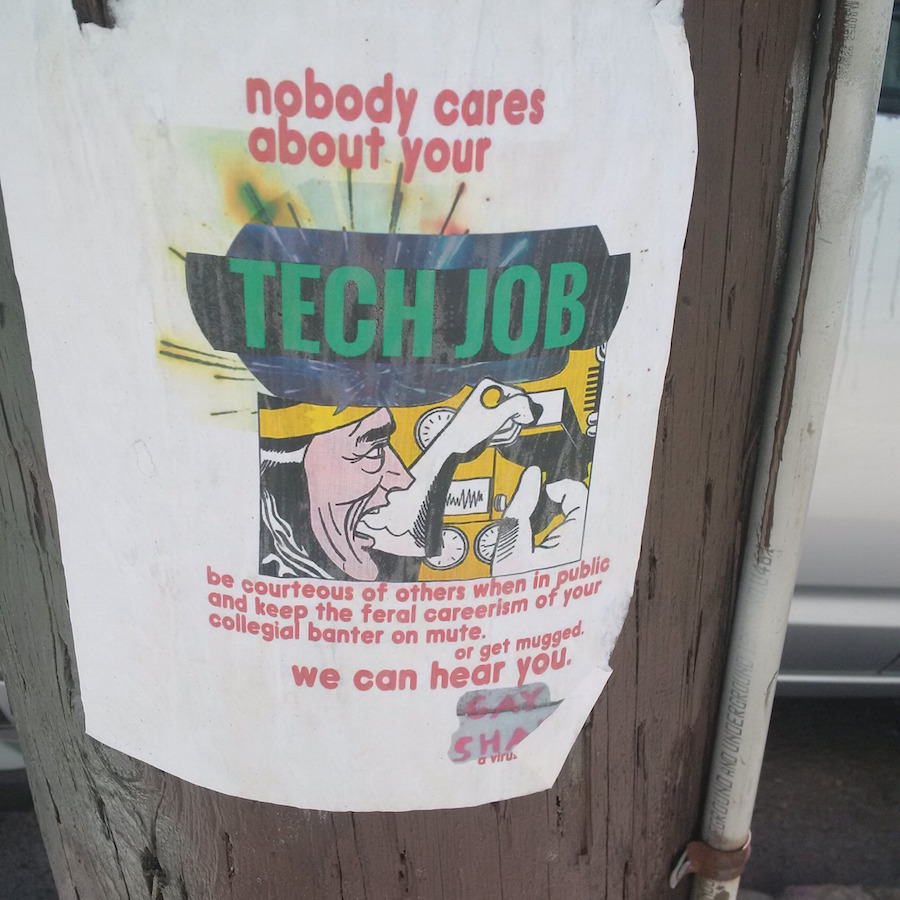 "Keep the feral careerism of your collegial banter on mute," it reads "or get mugged."

On this one, we actually find common ground. There are few things more guaranteed to ruin a walk through the mission than some dipshit in a startup hoodie yelling about how "TECHCRUNCH IS TOTALLY GOING TO WRITE ABOUT MY SELFIE APP, BRO. NO, SERIOUSLY, MY GUY AT YC SAID IT'S TOTALLY A DONE DEAL."

That said, perhaps the message would be more effective without a slogan that essentially says: "Keep it down please, muggers are trying to work here!"