Tracing the demonization, and criminalization, of school kids from Ahmed Mohamed back to Columbine and beyond...
By David Forbes
Sep 21, 2015 · 4 minutes

By now the image is familiar: Ahmed Mohamed, a high school student in Irvine, Texas, wide-eyed as police haul him away for bringing a clock he built into class.

The absurd bigotry of the incident made national news and, fortunately, a backlash has hit hard. Instead of facing charges Mohamed has received invitations from NASA, Facebook and the White House, just to name a few. Fortunately, the issue of racism in policing schools is even getting some much-needed attention in the wake of the case.

But while it looks like the story will end relatively well for Mohamed, he's sadly far from alone, and his arrest only represents a small part of a very brutal system that's a lot older than most people realize. While racism and paranoid crackdowns in America's education system is nothing new, starting in the '90s it began to be massively refined and extended under the auspices of “zero tolerance,” the idea that only draconian crackdowns would halt supposedly dangerous students from running amok.

In the midst of Mohamed's case — with school officials and police issuing grim, formal and thoroughly insane statements in the jargon of zero tolerance — some of the media jogged their collective memory enough to stretch back two years and remember that of Kiera Wilmot, an African-American straight-A student in Florida who faced adult bombing charges for a pre-school science experiment gone wrong.

They should keep stretching, because that's only the beginning.

The same year as Wilmot's case, I delved extensively into the history of zero tolerance in America for NSFWCORP, now part of Pando. Growing up in the wake of Columbine, I remembered the paranoia and wanted to track down what had happened to the students that were the target of it, and how such a system came to be.

But zero tolerance didn't begin with Columbine — or the mythological version of it that infected the nation that's just when America's suburban whites started freaking out even more.

Years before Columbine, Latino students just down the road were being forced to eat their lunches off the floor as punishment for imagined infractions, the U.S. Supreme Court was stripping away rights from students and national education organizations were unabashedly pushing “zero tolerance” as the way forward. Columbine helped turn a horrible system into a national dogma.

Likewise, zero tolerance also didn't end when the national imagination turned its attention to other tragedies and fears. Indeed, despite repeated incidents over the years making national news, and despite the reactions of “that's absurd!” nearly every time, despite countless studies, it still marches on. There are more police than ever in schools around the country, and each tragedy somehow only brings more.

Of course, zero tolerance hits students of color overwhelmingly harsher, and it always has. White students — and I was one of them during that paranoid era — might see suspension for a bad joke, a misheard comment or a demonstration of creativity, especially if they were queer or an outcast. But our minority counterparts faced expulsion, jail or even a taser. Under the name of increasing security, police can be called in even for things like “disobedience.”

Zero tolerance hasn't gone without opposition either. Across the country networks of parents and activists have organized to fight back and try to dismantle it. They've uncovered the extent, documented its tragedies and even shone a light on its poisonous links to high-stakes testing at the highest levels of the American educational bureaucracy.

Even judges have condemned the system as absurd. But it still sits, cancer-like, at the heart of America's education system.

But the Zero Tolerance Generation are in their 30s now — some are even teachers pushed to enforce the same system they grew up under — and many of their cases show what happens minus the national spotlight.

Antonious Brown, for example, was on the cusp of graduation when he was expelled for writing horror stories in 1999, charged with “terroristic threats” and forbidden from even getting a high school diploma while police harassed his family. But his story disappeared into newspaper archives — his fate only meriting a blurb in the local press — and is, sadly, only one of many.

Perhaps this time we'll go from “that's absurd” to “this has happened before, and it has to stop.” We will see; the distance between those statements is a long, long journey. News cycles are fickle things and public memory is short, one thing that has allowed zero tolerance to grow despite the fact that nearly everyone now seems to agree it's a terrible idea.

In hopes that this time might be different, here's the history of the Zero Tolerance Generation.

Next: My finger gun got me suspended... 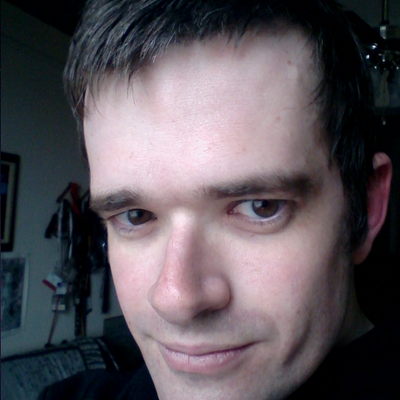 Written By
David Forbes
David Forbes is the editor of the Asheville Blade and author of the Old Iron Dream. They live in Asheville, N.C. and their work has appeared on NSFWCorp, Vice Motherboard, Coilhouse, the Sunlight Foundation and more.
Spread your love, share the article