Canada was a cakewalk

Drowning among nice, smiley people is a very strange experience. It takes a long time, and no one raises their voice — not even you, as you go under...
By John Dolan
Oct 2, 2015 · 7 minutes

We were so grateful when we finally made it to Canada as official Permanent Residents that we wouldn’t even cross the street until the “walk” sign came on, even if crowds of natives were shoving past us.

We used to wait at the corner of Cook Street in Victoria, repeating our mantra: “We must respect the laws of the B.A.L.” “B.A.L.” was our code for “Beloved Adoptive Land.”

Nine months later, we walked down the same street in a blizzard, looking for Victoria’s Salvation Army Shelter, hoping to find a warm place to spend the night. And when we finally found it, we were turned away for being a “mixed couple.” It was a men-only shelter.

In Victoria, the most twee, cutesy-greeny city in Canada, we fell through floor after floor of poverty, right down to actual Dickensian privation, where you’re cold all the time and don’t have anything to eat.  We thought we’d be good immigrants because we had experience. We’d lived in Moscow for two years, between 2002 and 2004. After Russia, how could we help but think that British Columbia, where people were nice and spoke English, would be anything but a cakewalk? As it turned out it was a cakewalk, in the Baghdad sense.

What we realize now is that speaking the local language isn’t nearly as important as having contacts you can trust. And it’s got nothing, zero, to do with whether the locals are “nice” or not. Muscovites aren’t “nice”; their normal expression is a snarl. But no Muscovite ever cheated us the way Canadians cheated us, because we had friends watching out for us in Moscow. The people we met on Vancouver Island were nice as pie. And they nearly killed us.

Drowning among nice, smiley people is a very strange experience. It takes a long time, and no one raises their voice — not even you, as you go under. Our slow disaster in Canada always reminded me of a great scene in an old Paul Newman movie, “Sometimes a Great Notion,” where Newman and his brother are shifting logs on a river and the brother gets his leg caught between two logs. They laugh about it, what a klutz he is, and start prying the logs apart. But they won’t move. And the river is tidal, and the tide is coming in, nice and slow — it’s a “nice” river, not a raging torrent. But soon it’s up to the guy’s neck. He says to Newman, “Hey, you’re not gonna let this ol’ river up an’ drown me, are ya?” But it does, in the same slow, polite, steady way.

We took a long time to drown because we came with money, almost $50,000. Besides, Canada had invited us. The Canadian government had a campaign at the time to draw “highly educated immigrants” and, according to the point system they used to rate applicants, we were a prize catch. With a Ph.D. from Berkeley and 20 years’ experience running huge writing programs in the US and New Zealand, I thought it wouldn’t be too hard to get a job in Canada. After all, they were recruiting educated foreigners like us. And I’d been telling Katherine about the wondrous forests of Vancouver Island for years. So I quit a tenured university job in New Zealand and we flew to Vancouver, then took the ferry out to the Island, to Victoria. We had money, we had experience, and we had modest hopes: I didn’t expect to walk into the kind of posh job I had in NZ. No academic careerism for me! I’d be happy to teach at the smallest, most remote school in Canada. All we wanted was a house in the forest where we could feed the birds and maybe get a dog. We got the dog, and nearly fed the crows, but we know now we’ll never own a house. We lost everything — quietly, slowly.

You don’t fall all at once; that’s for the movies. There aren’t many sheer vertical cliffs in the world. You reach the bottom by a lot of hard slides, not one huge Wile E. Coyote splat. Along the way, there are little victories, just often enough to help you ignore the clear downward line of the graph. We started out well. I found a job at the University of Victoria teaching remedial composition. Nothing fancy, nothing like the job I’d left in NZ. In fact, it was the sort of job “ladder faculty” love to farm out to hungry newcomers — but that was fine with us; all we wanted was a car and a dog.

We got the car and we got the dog, a harlequin Dane who turned out to be a Dalmatian cross. The breeder we got her from was a creepy Dr. Moreau type who bred tiny little horses. She kept a few puppies in a little cage in the corner of her mutant-breeding hangar, and it seemed to me the puppy looked kind of hound-like for a Dane, but this lady with her J. Edgar Hoover face told us it was “purebred Dane” and we believed her. She got $1,200 out of us for a mixed breed with a long list of expensive canine diseases and a deep hatred of all humans. There were plenty of signs that the dog was not as advertised, and not a good pick. When the breeder lifted her out of the cage where she was being gnawed by a baby Rottweiler, the puppy walked right past Katherine’s outstretched hand and trotted over to some scrap in the corner that she’d been coveting from her cage. That’s a bad sign; the puppy’s supposed to come to you. But we believed she’d warm up to us, so we paid the breeder. Actually, that’s a pretty good synopsis: “We believed and we paid.”

The day after bringing her home, we learned that the apartment building where we lived did not allow dogs and was full of ancient, angry, sleepless 80-year olds from Ontario who lived for The Rules. One thing you soon learn about Canada: The Rules are sacred. Unless you’re part of the local network. But for newcomers, immigrants, it’s The Rules and nothing but The Rules.

We were screamed at and followed up the stairs by a crazed retired cop from Sudbury who always demanded our names and the name of our dog, as if he suspected she too might have a criminal record in another province. His partner was an ancient skull-faced crone who monitored the laundry room in the basement, making sure no one left private socks on the public surfaces. She left vicious little notes, in perfect cursive, asking us newcomer wog filth to please clean the drier filters after EACH use. Those undead creeps hated us and our dog so much that we had to sneak her into the apartment in a backpack, which was not so easy with a Great Dane, even when she’s a puppy.

As for the car, an ancient Hyundai, it looked like shit and the driver’s window didn’t completely close, but it ran perfectly. As much as we loved it, we suspected that it wasn’t popular with the Canadians, because the cops had roughed me up over it. It didn’t look right; it was a 1985 Excel, it was an insult. They hated it. They pulled me over because our insurance was two weeks late and fined us $700, plus $140 for having the wrong address on my license and $120 for the tow. A thousand dollars, gone because we had belatedly learned a lesson in what cops are for: keeping poor people off the road. But these were minor difficulties compared to what happened after the university eased me out very quickly and quietly at the end of my first semester... 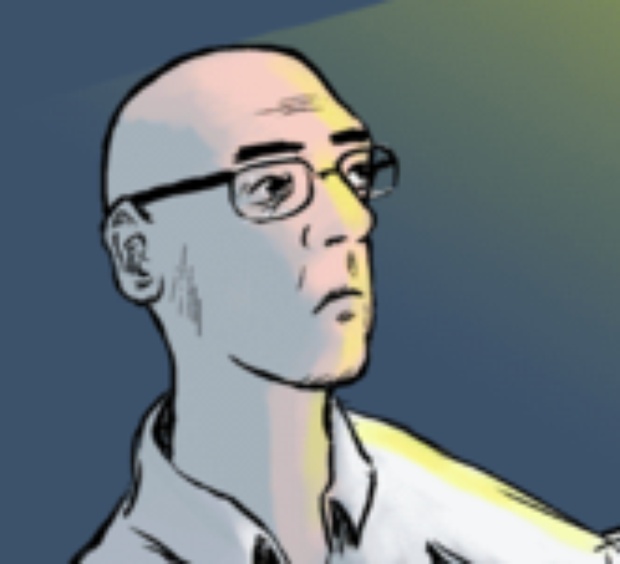