The day after a driver goes on a killing spree, Uber invites you to a happy hour to learn the secrets of its rapid growth

In the aftermath of the news that Uber’s executive Emil Michael had detailed a plan to threaten critical journalists, New York GM Josh Mohrer (who would soon become involved in his own scandal of misusing driver information) posted a Tweet of his staff “Shaking it off” to the haters, Taylor Swift style.

So what does an different Uber exec do the day after one of its drivers was accused of a horrific shooting spree that left six dead?

He sends this email: 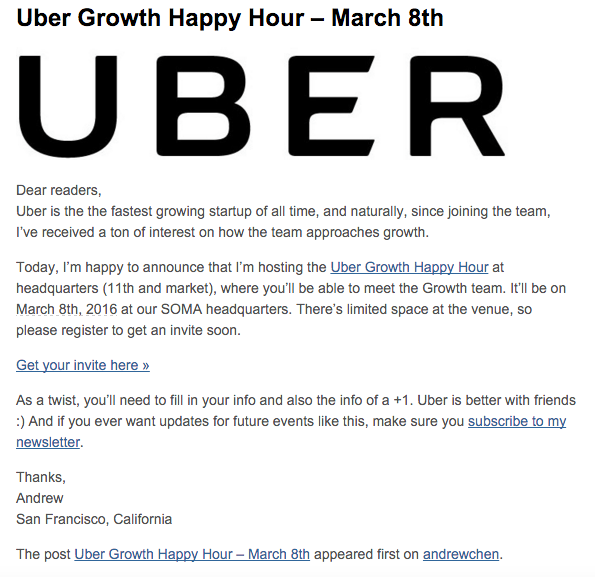 Some companies might hold off a day on the celebratory, chest-thumping growth happy hours.

If you want to learn to grow using the same tactics as Uber, you know where to go.