Is Marc Andreessen ever coming back to social media?

During his relatively short Twitter career, Andreessen Horowitz co-founder (and Pando investor) Marc Andreessen became renowned for his “tweet storms”: Multi-tweet tirades about Stagnation Theory the State of Bitcoin and… uh... how “Anti-colonialism has been economically catastrophic for the Indian people for decades. Why stop now?”

As you likely already know, it was that last storm -- apparently suggesting that colonialism was good for India -- that got Andreessen in trouble. Not only was he forced to apologise for his comments, and to walk them back, but he also suffered the indignity of being publicly called out by Mark Zuckerberg…

I want to respond to Marc Andreessen's comments about India yesterday. I found the comments deeply upsetting, and they do not represent the way Facebook or I think at all.

India has been personally important to me and Facebook. Early on in my thinking about our mission, I traveled to India and was inspired by the humanity, spirit and values of the people. It solidified my understanding that when all people have the power to share their experiences, the entire world will make progress.

The reaction makes sense: Aside from the stupidity of westsplaining colonialism to India, the country is a hugely important market for Facebook and, as we’ve written before, the tech industry has bent over backwards to court its prime minister Narendra Modi. But it was also an almost unprecidented example of a major tech CEO aggressively throwing a big name investor under the bus over a very dumb tweet.

Still, an apology, a public rebuke, a day or two of silence, then all back to normal, right?

Perhaps not. In fact, Andreessen hasn’t tweeted a single thing to his almost half million followers for the past two weeks.

Has one of the industry’s most prolific tweeters (and respected investors, of course) quit social media, driven away by pressure to placade Modi, and the (justifiable) fury of 1.3bn furious Indians? Will he ever return? I emailed him yesterday to ask him those two questions. His one line response…

Apparently he wrote the same message to Re/Code's Kurt Wagner. But Wagner also points out that Andreessen appears to have started "liking" tweets again, hinting that his vacation might soon be over.

We all await his return with bated breath. In the meantime, while trying to read Andreessen's previous tweets from a Pando laptop, I also noticed something fun… 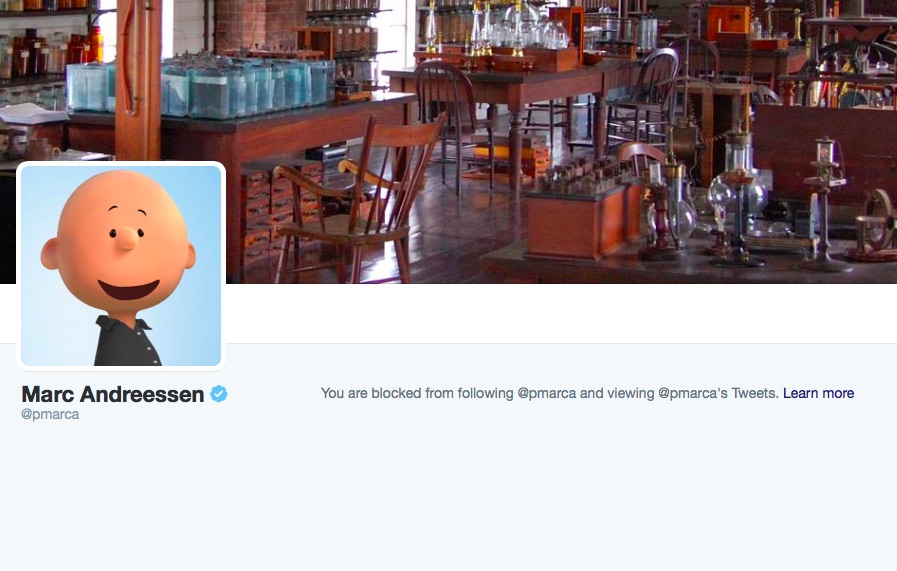 Yep! It seems Pando’s single biggest investor has blocked us on Twitter.

And he's in good company... 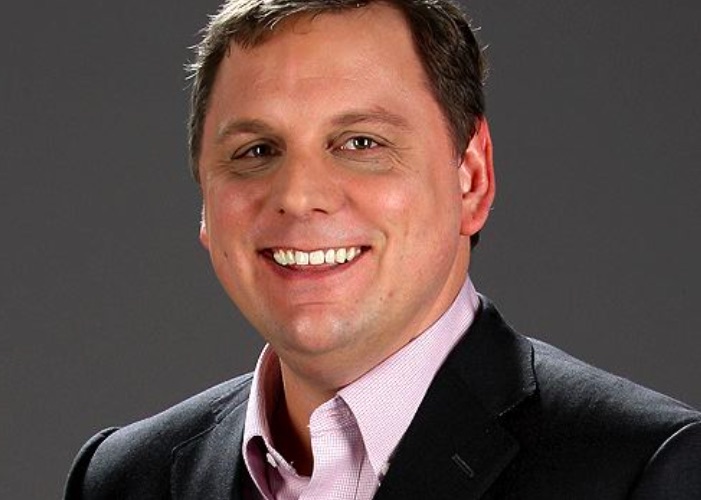 A sign we’re doing something right, or very wrong? Either way, it’s lucky we’re not raising money ever again, I suppose.

(This seems like a good time to thank our members and Pando Patrons for keeping us in business.)