Facebook is finally starting to monetize its $22bn spending spree

First they augment their strength in social media by buying Instagram, super-buying WhatsApp, and brute-forcing and building Messenger into something that may be the biggest of all of them one day.

And so far, it’s just dined out on the gaudy user numbers, the home for connecting with friends and sharing pictures and videos across nearly any geography (except China) and demographic, and taking out potential threats all at once. And should humanity end up looking like this, Facebook has that covered too: 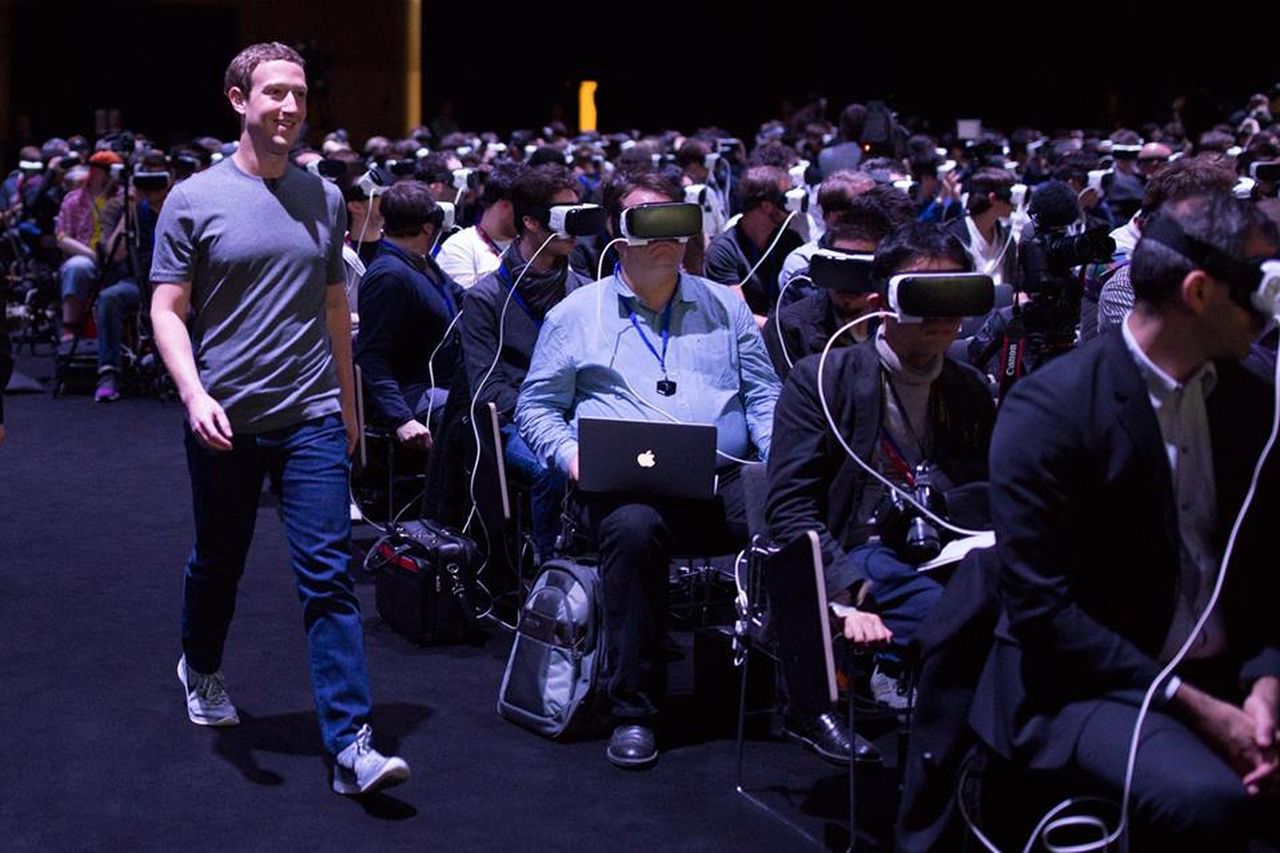 Not to mention the leaders of each of those acquired future platforms have all stayed, happily running their little (read, compared only to Facebook itself) fiefdoms. An astoundingly great use of some $22-ish billion in capital, given its now north of $300 billion in market cap.

The lone threat that wouldn’t sell? Snapchat. But, arguably, CEO Evan Spiegel is taking care of that one himself by aiming to be the next VICE not the next Facebook.

So what happens when Facebook actually starts to monetize some of these badboys? We’re seeing a lot more of that with the increase in Instagram ads and increase in new video formats of Instagram ads.

As that article points out, Instagram has had an easier time doing that as part of Facebook. Remember when tech acquisitions used to kill promising startups?

For those who do them well, it’s a far better medium than creepy Facebook retargets. Search Engine Journal has a good write up of some of the better ones here. But I came across a great one today from Target.

It was (ha, ha) well Targeted advertising Target’s new in store kids brand, but also wasn’t just some lame ghosty shopping cart following me around. I don’t shop at Target online and generally find their design aesthetic stronger when it comes to marketing campaigns than actual product. Especially homewares. It’s simply not a place I’d go to redo my kids room, especially in an Ikea world where there are other, hipper low-price options.

And yet look at this amazingness: 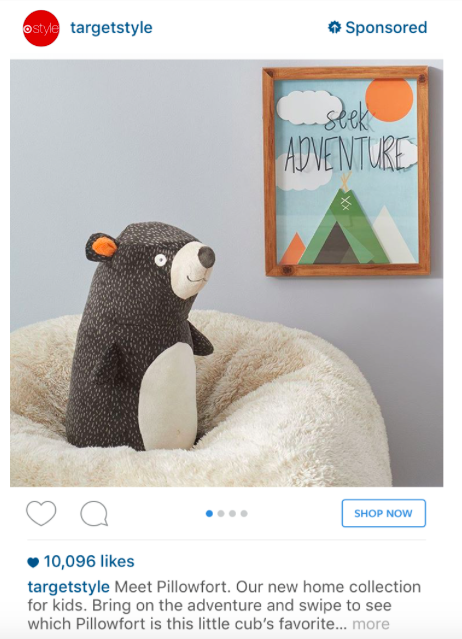 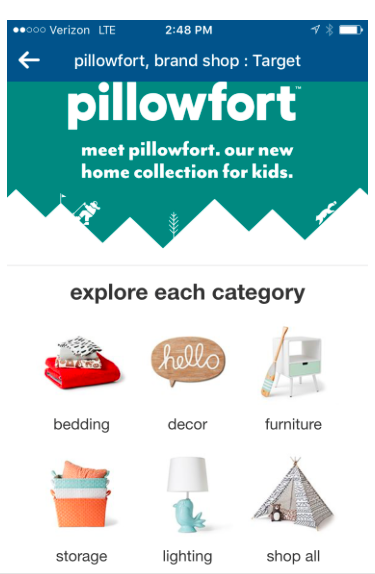 When I hit “Shop Now” I didn’t have the world’s worst redirect to a cludgey Target mobile site. 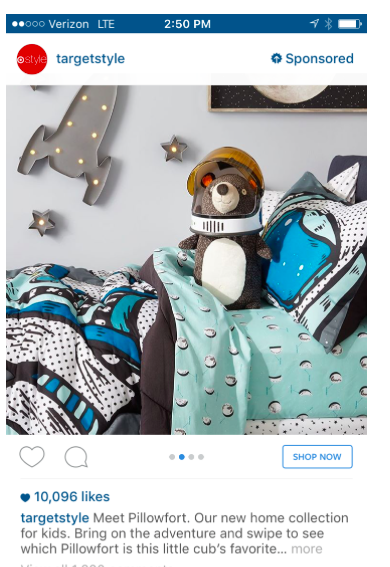 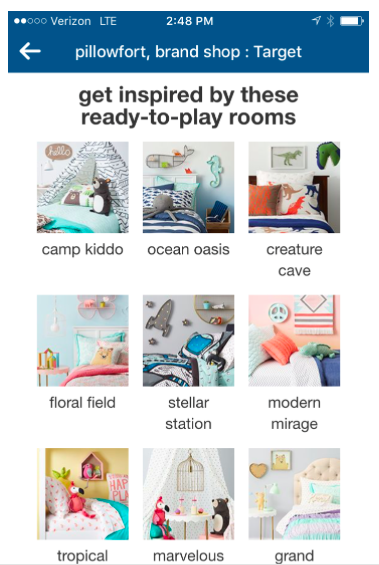 I absolutely didn’t think it was an ad (Win).

I absolutely didn’t care when I realized it was. (Win win).

I was thrilled there was a “shop” button so that I could check the products out immediately. (Win win win)

I don’t think I’ve ever bought anything off a Facebook ad. So often when a huge company buys smaller properties it can only monetize them using what worked best on the parent company. Facebook clearly took time to get this right and design it just for Instagram (as did Target’s creative team, obviously.)

Instagram ads done right is the closest I’ve seen to that whole content/ commerce dream that was popular a few years ago: Where great content could essentially be an ad and vice versa. It mostly didn’t work when peddled as an ecommerce 2.0 idea.

Now, you could argue that Target is a unique brand in that it’s wares and vibe can fit in an Instagram feed more easily than others. But check out some of the others Search Engine Journal lists: A beer company, a blog, an airline. Because the medium is so visual, it opens up opportunity that the other social platforms haven’t.

It’s interesting to watch how Instagram monetizes, because it’s the closest analog Facebook has to Snapchat. Instagram is trying to develop it’s own kind of “live story” feature as part of the company’s bid to become more real time, newsy and conversational. And you can imagine brands advertising much the same way on Snapchat.

Lately Instagram has been trying to copy Snapchat on product. The question here is whether Snapchap will start to copy Instagram on monetization.