Mike Maples compares the age of unicorns to 2007 mortgages

Mike Maples of Floodgate seems all folksy and nice. But that’s just the accent.

In reality he’s the honeybadger of venture capital: He doesn’t give a fuck. Witness this Twitter thread last night. Maples doesn’t repeat the same old “it’s just letting some air out of the bubble” or “these are great companies” or even “if anything the unicorns are undervalued!” lines most VCs are trotting out these days.

He compares them to mortgages in the 2007-era, asking if there’s a way to short some 75% of private unicorns. The discussion with other VCs and suggestions on how to short them is fascinating. Don’t feel bad for the unicorn founders. Everyone in the Valley always assumes they are the exception and not the rule.

Has anyone figured out an investment vehicle to short 75% of the private Unicorns? If you have ideas I am listening.

@m2jr I hope you short the right 75%. I still think the aggregate will be a lot higher even as the median falls

@m2jr sure. But unlike the mortgages, I think the big winners will pay off the rest here. Even in spite of the steroids 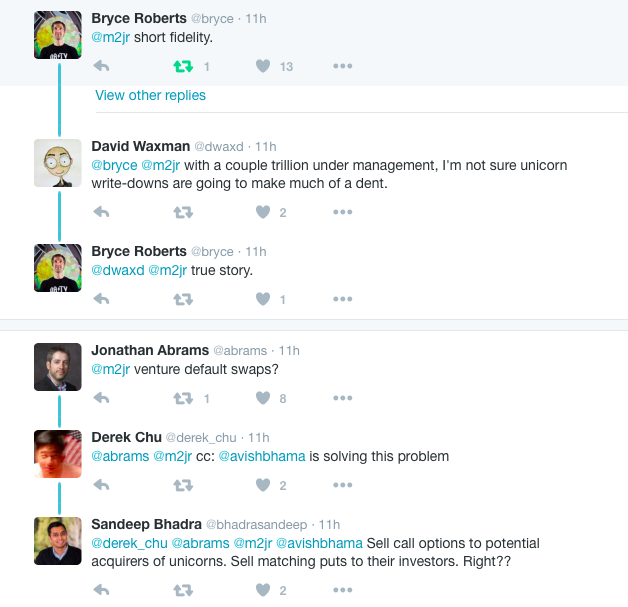