Putting aside the countless pro-Trump posts on BusinessInsider.com, Blodget himself cited Trump as a personal inspiration and, during an exclusive sit down with the fascist candidate, Blodget gushed about his “incredible work ethic”.

[One] thing people love about you is that you're tough, and you make a persuasive argument on the trail that our leaders are weak, they're not being tough enough…

Another thing people love about you is the can-do message.

As I wrote last week, BI became the only publication followed by Trump on Twitter. And please enjoy a random selection the comments posted when BI’s Josh Barro dared to write a post critical of their hero: 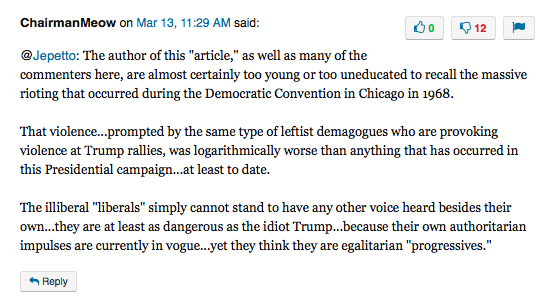 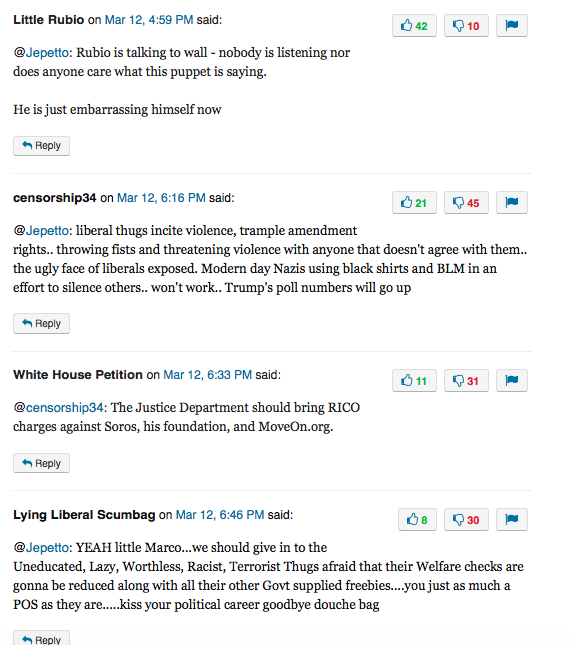 But! In the past week or so, now that Trump’s rallies have shifted from threatening violence to actually deliver it, Blodget has sharply changed course. For the past few days his Twitter feed has been packed with tweets worrying about the increasing violence around Trump’s campaign. 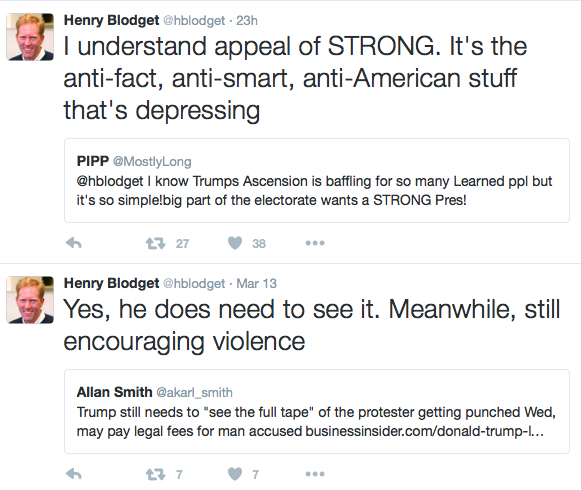 Perhaps we shouldn’t expect consistency, or intellectual honesty from the guy who once wrote the headline “Why Do People Hate Jews?” just to get traffic, or from the guy who was banned from Wall Street for life for publicly praising companies that privately he described as “dogs.”

Still, you’ve got to wonder precisely what level of disingenuousness and delusion is required to be this guy:

I would like to think not. But I've been startled at how willing Trump supporters have been to ignore. https://t.co/T5vfZDSWWa

Yes, Henry, it really is startling.