Our former accountant is now a YouTube star, on The Amazing Race. Cool.

For the first couple of years of Pando’s existence, our accounting was handled by a company called Advsor.

Apparently the company’s owner was better at handling our accounts than his own: In 2014 the company closed, scattering its employees to the four winds.

We know what happened to the best of Advisr's accountants: They formed their own company, Foresight, headed by Dan Blahut and Noah Hopton, which has been handling our accounting ever since. (Noah and the team at Foresight have saved us from falling over a cliff on more than one occasion -- if you’re a startup, we highly recommend them.)

What we didn’t know, until now, is what happened to all the employees who didn’t join Foresight.

And then, this past weekend, Sarah and I were watching the latest season of CBS's The Amazing Race. This season, the show is themed around “YouTube Stars” and features the likes of Sheri LaBrant and Tyler Oakley. The latter was profiled here by Dan Raile, and is taking part in the Race along with his on-screen partner, Korey Kuhl.

“Korey looks a lot like the guy from Advisr” said Sarah.

At which point I Google searched Korey Kuhl Advisr.

Yep, our former accountant is on the Amazing Race. 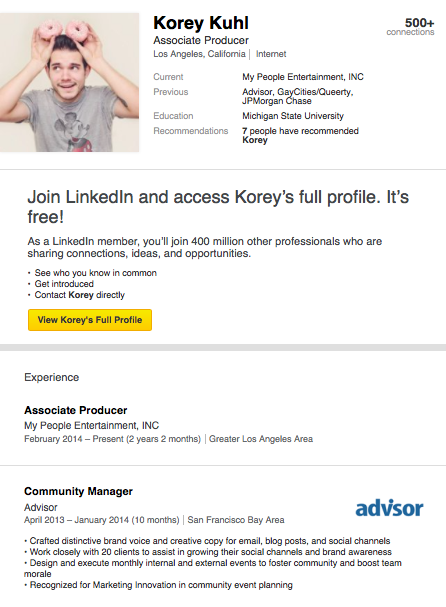